Lucifer aired its midseason finale this week, and that turned out to be another standout episode to close out the show’s 2016 run on. “Quid Pro Ho” broke away from the show’s usual format in a pretty significant way, while also building on the especially pivotal case with Chloe from, “My Little Monkey” a few weeks ago. It did so by swapping the procedural format out for a legal drama format, as the trial of the prison warden that ordered the death of Chloe’s father so many years ago unfolds, with Lucifer, Chloe and Chloe’s mother in attendance.

What ties the show’s leads into this case beyond the heavy involvement of the Decker family as witnesses is the fact that Mama Morningstar also happens to be the defense attorney! This has Lucifer desperately trying to outwit his mother, particularly after the trial’s star witness, the Russian fall guy provider from, “My Little Monkey” as well, turns up dead, with his severed head mailed to the LAPD. While Dan and Ella try to pursue that matter, Lucifer has to take the stand as a witness for the case, which puts both his relationship with Chloe and his involvement with the LAPD under a very discerning microscope. 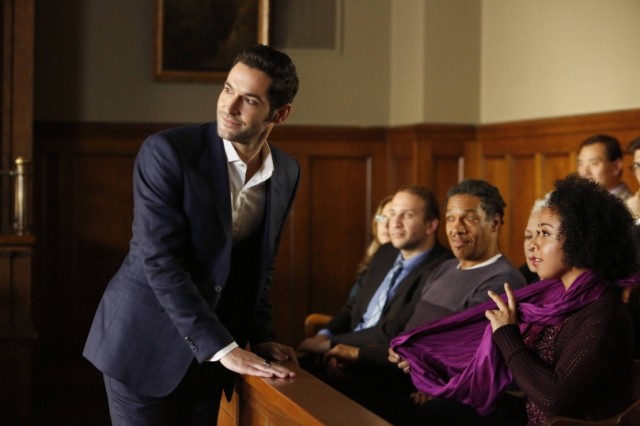 This setup was pretty ingenious, as it logically lent itself to Mama Morningstar doing everything in her power to motivate Lucifer to sever ties with Chloe, the LAPD and Earth as a whole. When Amenadiel talks Mama Morningstar out of murdering Chloe, as was teased in the cliffhanger ending of last week’s episode, Mama Morningstar instead tries to remove Lucifer’s connection with Chloe, thinking that it’s Lucifer’s strongest link to humanity. That’s pretty much correct as well, since an air of distrust begins to brew between Lucifer and Chloe, especially after Lucifer is called to the stand by both the prosecution and the defense.

The first testimony from Lucifer goes very well, and provides some very welcome humour in an otherwise very dramatic episode of Lucifer, as Lucifer comically recalls for the court how the case from, “My Little Monkey” went down, via several quick, humourous cuts between story fragments. Once Lucifer is called up for the defense however, Mama Morningstar tricks Lucifer into making Chloe look incompetent and possibly corrupt, which doesn’t totally pan out as much as it could have, but nonetheless puts the trial in a nicely tense position, as Lucifer decides to sub out for Ella in helping Dan look for leads on the killed Russian. 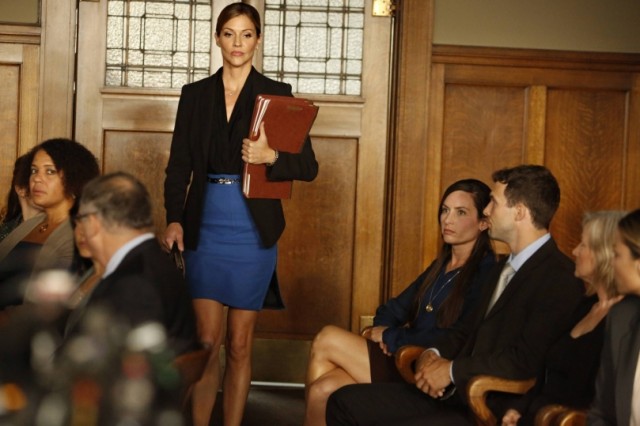 This part of the episode also tries to inject some levity, namely when Lucifer has to talk to a Triad lieutenant about how the Russian criminal died, which leads to him betting the life of Dan in a battle between Maze and a large enforcer. Maze obviously wins, though the fight choreography here is pretty unbelievable. That’s not to say it’s not amusing, but it seems like the direction is a bit strained here, since the show has to reasonably portray how Lesley-Ann Brandt could possibly go toe-to-toe with a hulking bruiser that is twice her size. Obviously, it leads to a fairly awkward, stilted fight scene that serves as a quick distraction with a predictable outcome, rather than a truly tense scene that added more drama and stakes to the episode.

As is becoming increasingly common with Lucifer though, the payoff to everything is often very much worth the wait and occasional story stumbles in this episode, as Amenadiel having to try and seek Maze’s forgiveness after lying to her about working with Mama Morningstar leads to him discovering a huge secret about Chloe, while Chloe is called to the stand after being given an impossible choice by Mama Morningstar. If Chloe calls Lucifer a liar, then Mama Morningstar will tank her defense and ensure that Chloe’s father’s killer is found guilty, but if Chloe says that Lucifer is telling the truth, then a murderer will walk free, since the trial has already been decided, on account of the prosecution’s lack of evidence. This led to an incredibly emotional moment where Chloe decides to sacrifice justice in the name of Lucifer’s honour, by claiming that his story is absolutely true, knowing full well that the corrupt warden will be declared not guilty in the process. If one ever needed proof of the impeccable bond that Lucifer and Chloe now share, it’s definitely this standout moment! 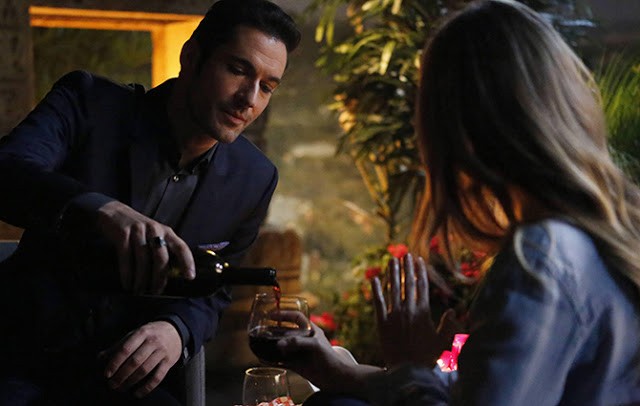 Chloe’s difficult decision also leads to an effectively dark turn for Dan, who learns in this episode that Mama Morningstar only slept with him for intel on the case, which is how she won the trial in the first place. Fueled by guilt and rage, Dan uses Maze’s bounty hunter connections to send Russian mobsters after the warden, who is pulled into a van at gunpoint, likely to be tortured and executed. Dan has always been comically dull and by-the-book, so seeing him do something like this really was a sobering, shocking moment for his character. It seems like even Dan stops believing in the justice system at a certain point, and hopefully, this authorization of the warden’s brutal demise comes back into play in Season Two’s back half next year.

The episode’s ending was especially superb, as two major cliffhangers rounded off the show’s 2016 run. The first has Lucifer and Chloe having a make-up date at Lucifer’s place, and seemingly about to kiss right as the episode ends, possibly indicating that they’ll be more than friends when Lucifer returns in 2017. At the same time, Amenadiel discovers Chloe’s mother by chance, and realizes that she and her husband were a couple that Amenadiel gave a blessing to thirty-five years ago, Chloe’s exact age, so they could conceive a child. Amenadiel and Mama Morningstar deduce that God put Chloe in Lucifer’s path many years in advance, suggesting that He has a mighty big plan for Lucifer after all, and might have pre-destined Lucifer leaving Hell, Amenadiel being stuck on Earth, Mama Morningstar being freed, all of it.

The idea that Lucifer’s chaos, amusement and collaboration with the LAPD on Earth is still part of God’s grand plan in its entirety is a very interesting prospect that has tons of potential for later in the season, and overall, “Quid Pro Ho” left every element of Lucifer positioned pretty much perfectly for the show’s return in 2017. Considering how superb most of Season Two has been, Lucifer’s midseason hiatus will be a tough wait, but I’m sure that this series will just keep paying dividends next year!