Supergirl is technically kicking off a four-night crossover between The CW’s quartet of DC Comics-inspired shows, the first of its kind in television history, in tonight’s episode, “Medusa”, an episode that also ambitiously doubles as Supergirl’s midseason finale. That said however, the crossover didn’t really come into play until the final thirty seconds of the episode or so, whereupon Barry Allen and Cisco Ramon from The Flash warp in from The CW’s main shared DC Television Universe to ask Kara for her help with a very pressing problem. I suppose we’ll find out what that is on The Flash tomorrow (if you don’t already know), when the crossover properly begins unfolding.

For most of this episode, we instead get a self-contained story that continues the issue of Cadmus, who has now gotten ahold of the means to eradicate all alien life on Earth, with some help from Cyborg Superman at the end of last week’s episode. Fortunately, this episode made up for the past couple of weaker episodes very nicely, being pretty packed with high-quality action and drama, before Kara jets off to the alternate universe that houses The CW’s other trio of DC shows. That’s definitely a better-than-expected result for an episode that has to do double-duty as the final episode of Supergirl for 2016, while also leading into a three-night crossover across The Flash, Arrow and Legends of Tomorrow throughout much of this week.

Helen Slater also returns again to guest star as Kara’s adopted mother and Alex’s biological mother, Eliza Danvers, coincidentally with another Thanksgiving theme in this episode, as with Eliza’s first big appearance in Season One during, “Livewire.” Eliza had one of her best appearances to date in this episode as well, having a great part in the ongoing conflicts of Cadmus, Mon-El and Alex alike. Mon-El first meets Eliza at the initial Thanksgiving dinner, offering a nice, breezy beginning to what’s otherwise a pretty harrowing episode. Soon after though, Mon-El runs afoul of Cyborg Superman at the alien bar, and becomes infected by the Medusa Virus, a powerful Kryptonian bio-weapon designed by Kara’s very own birth parents, which kills any alien life-form that isn’t Kryptonian. It also doesn’t seem to affect humans either, possibly due to the physical and biological similarities between humans and Kryptonians, or possibly because of some light tweaking by Cadmus.

Putting aside the small plot hole of Cadmus cleansing the planet of aliens with a virus that wouldn’t take out Supergirl or Superman, their two greatest obstacles, the threat of the virus was a great way to effectively put National City in peril for such a pivotal episode, even if it was just the alien population. The revelation of Cadmus being run by Lillian Luthor also leaned into some further distrust of Lena Luthor by the other characters, and this had Kara also questioning her faith in Lena at one point, particularly when Lena does seem to agree to work with her mother, condemning every alien in National City to death in the process. 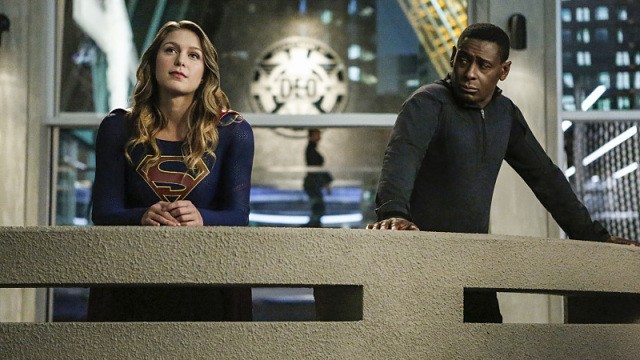 While that exciting climax is set up, Kara and J’onn have to quickly trace the trail of Cadmus to try and stop the virus, while Eliza and Alex work tirelessly to save a dying Mon-El, whose Daxamite DNA being similar to Kryptonian slows the virus, but doesn’t completely stop it. Eliza and Alex working together provides a great way to almost fully resolve Alex’s reservations about coming out as gay too, as she decides to reveal the news to her mother, believing that she won’t take it well. Fortunately though, Eliza says that Alex was never meant for a normal life, and no matter what, she will always love her daughter. Eliza’s intuition with the other characters proved very nicely sharp in this episode, not only from quickly deducing Alex’s secret while letting Alex tell it herself, but also in pointing out to Kara that Mon-El has fallen in love with her, and is hiding his feelings. Sometimes, Supergirl can heavily botch its romantic arcs, but this week, it actually did right by them, and that was great to see.

The part of the episode that falls somewhat flat however is the whole issue of J’onn turning into a White Martian, since it’s just a device to empower J’onn in the climax, and is soon after easily fixed by Eliza, deflating the drama that came beforehand. Nonetheless, J’onn uses his condition as an excuse to go in guns blazing against the Luthor family and Cyborg Superman, saying that he would rather die fighting for what he believes in than become a monster. Kara begrudgingly allows J’onn to assist her in stopping the Medusa Virus, and after the two manage to subdue Cyborg Superman in a pretty cool climactic showdown, who soon after vanishes, Lena unleashes the virus over the city, which Kara fails to stop in time. Surprisingly though, the virus proves inert, and no aliens are affected. Turns out, Lena swapped the virus’ isotope to neutralize it before launching it, which also stalled her mother long enough for the cops to get to her. Looks like Lena really is a hero after all! This means that the show can no longer make Lena’s character morally ambiguous to any effective degree, but the reveal that Lena was a good guy all along nonetheless proved very satisfying. 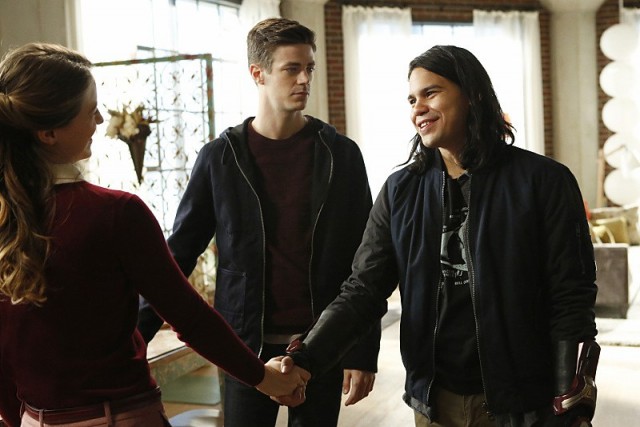 Things end on a nicely emotional note as well, as Maggie, who was previously wounded by Cyborg Superman at L-Corp before Alex fixes her up, finally admits to Alex that she was scared of admitting her returned feelings for her, but her near-death experience taught her that life is too short to have reservations. The happy ending of Alex and Maggie sharing their first kisses nicely contrasted with Mon-El previously kissing Kara when he also thought he was dying earlier in the episode, only to not remember it later, leading to Kara lying and pretending that nothing happened. One romance finally blossoming while the other wasn’t given its day was a nice balance, and presents lots of continued story promise for the show’s return next year.

Considering that this is where Supergirl ends off before 2017 especially, “Medusa” provided no shortage of excitement and emotionally gratifying resolution, returning Supergirl’s second season back to a heightened level of quality. Even the romantic arcs were unusually well-done in this episode! While it’s disappointing that we won’t see how those pan out before next year, at least we can enjoy a few more days of Kara kicking ass with the rest of The CW’s DC heroes this week!

Supergirl 2.8: "Medusa" Review
Supergirl righted itself with an exciting and emotionally satisfying midseason finale this week, nicely leading into Kara joining up with The CW's other DC heroes in this week's crossover!
THE GOOD STUFF
THE NOT-SO-GOOD STUFF
2016-11-29
88%Overall Score
Reader Rating: (0 Votes)
0%