Supergirl brought celebrated cult filmmaker and self-professed DC aficionado, Kevin Smith to the directors’ chair for its midseason premiere this week, “Supergirl Lives”, which also takes its title from Smith’s failed 1990’s Superman movie project, Superman Lives. As far as midseason premieres go, this was a pretty decent one, though it definitely didn’t replicate the same superb high point as midseason finale, “Medusa” from this past November.

The episode kicks off with Supergirl becoming gradually more frustrated at the growing attention being thrust on Guardian, still not realizing that Guardian is actually James. Apparently, the two are clashing at work over this, though this isn’t truly explored to any real degree, as Kara’s attention instead turns to a series of missing persons reports, after a distraught mother comes into CatCo, begging the magazine to advertise her missing daughter. Snapper is naturally dismissive of the woman, but Kara is determined to get to the truth, against her exasperated boss’s wishes. 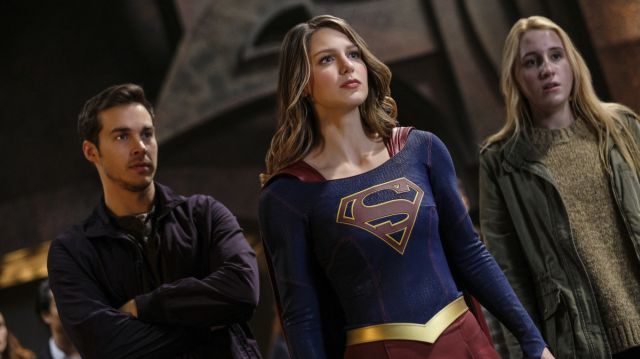 At the same time, Mon-El has taken a job at the alien bar, replacing some of the dead workers after the Medusa Virus attack from the midseason finale, though Kara is annoyed to learn that he wants to lie low and keep his head out of heroic affairs. Nonetheless, she drags him along on her investigation, where the two are eventually led to an alien portal and dumped onto the planet, Maaldoria (a planet made up for this show that doesn’t exist in DC Comics lore), which happens to have a red sun, meaning that neither of them have any powers on this world. Stranded and surrounded by hostile alien forces, who also happen to be in business with former alien fight club runner, Roulette (remember her from, “Survivors” around the start of the season?), Mon-El is desperate to flee and return to Earth, though Kara is insistent that they locate the missing people first, who have been captured by Roulette to be sold as slaves to alien planets.

The removal of Kara’s and Mon-El’s powers made for a pretty strong core plot, as things were taken down to a more personal, tense scale. To make matters worse, once it is discovered that Kara and Mon-El have become lost on Maaldoria, J’onn confesses that he can’t rescue them, since the planet’s atmosphere is toxic to Martians. Because of course it is. Left with no choice but to enlist Alex instead, Alex then also drags along Winn, with these two serving as the main subjects of this episode’s duo of subplots. 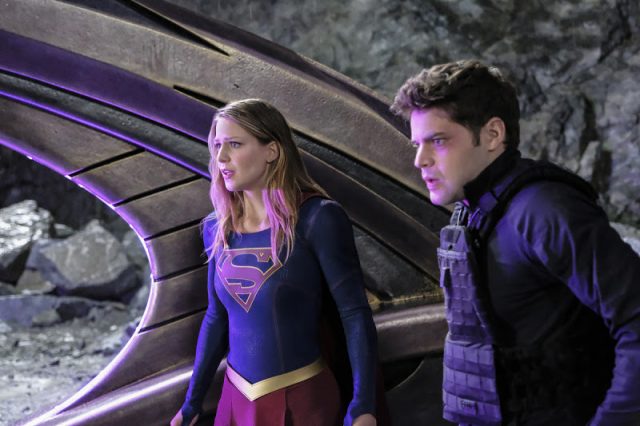 Unfortunately, both subplots are pretty lacklustre, being founded on weak, forced conflicts that are too hastily resolved. Winn’s subplot gets going right from the start of the episode, when he’s nearly killed by a criminal after having to bail out James/Guardian while he’s rounding up some bank robbers that got away from Supergirl, and this results in a crippling wave of anxiety that makes him completely averse to doing anything in the field with James or the DEO. Naturally, this happens right as Alex demands that Winn accompany her to the alien planet, despite the fact that Winn is blatantly unqualified for that kind of field work, and ultimately does little more than press a few buttons to keep the portal open. Really? The DEO doesn’t have a single other person on their payroll that knows anything about alien tech?

Alex’s subplot didn’t fare much better, since it involves her getting irritating and tired cold feet with Maggie, even abruptly dumping her after she learns that Kara goes missing. Her reason for doing so is that she thinks the world is out to get her. Oh come on, that’s teenager logic! Worse still is that Alex simply calls Maggie back home and explains everything towards the end of the episode, and then it’s all fine. Sure, Maggie says she only gets one opportunity to get cold feet, but I seriously doubt that Alex is going to pull that stunt again. Maybe it’s a way to legitimize the relationship to viewers, but if that’s the case, the showrunners really should have found a better and more logical way for Alex to prove that her relationship with Maggie is the real deal. 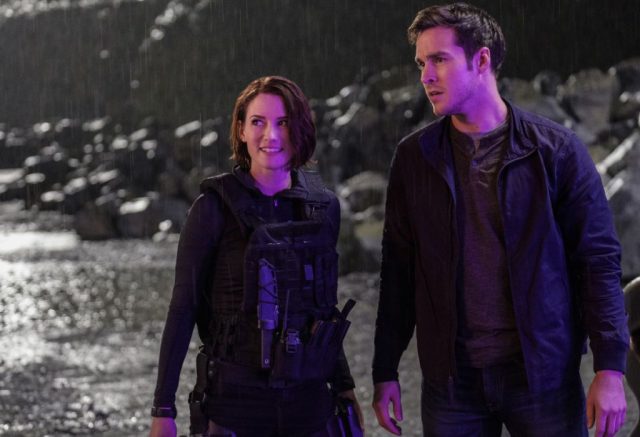 Fortunately, whenever we’re focused on the core plot on Maaldoria, things are pretty entertaining. Mon-El having to step up and find his courage without his powers made for several enjoyable moments, just as Kara standing up in front of the other prisoners whenever they’re inevitably caught, even when the guards attempt to torture her, was effectively inspiring. It would have been nice if the villains were better, since Roulette still feels like she’s not getting a storyline that’s truly worthy of her character, and ultimately, both she and her alien cohort were subdued far too easily. Winn even finds his courage again by being in the same situation as the start of the episode mere moments afterward, except now he bashes his alien attacker with a rock, which somehow completely cures him of his fears. Really, that’s all it took for him to get over his crippling anxiety? That’s pretty lame.

Fortunately, as the episode wound down, it found more effective ways to tease greater storylines to come with Mon-El. First, a Dominator agrees to buy the prisoners, possibly because Mon-El is among them (this cleverly ties Supergirl’s parallel Earth in with last year’s big crossover event between The Flash, Arrow and Legends of Tomorrow that Supergirl guest-starred in, revealing that, yes, the Dominators do indeed also exist on Earth-38), and the alien seems to have some sort of loyalty to Mon-El to boot, after it later successfully declares to one of the guards that Mon-El can’t be harmed. The episode also ends with some shadowy aliens vaporizing the evil scientist that originally led everyone to Maaldoria, after he claims that he lost Mon-El. What’s the big secret with this Daxamite survivor, I wonder? Why is he so important to so many shady alien folks? 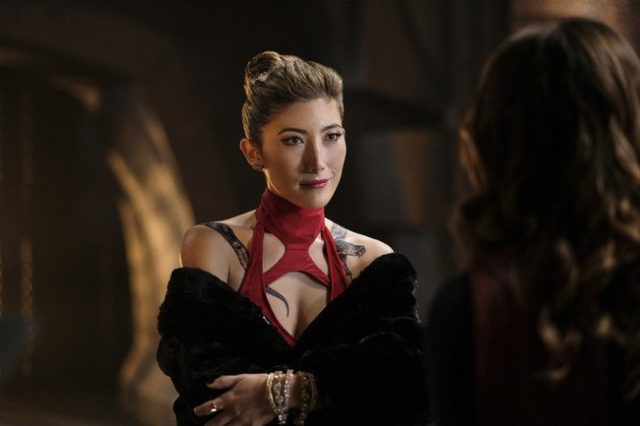 “Supergirl Lives” ultimately fell short of the duo of episodes that Kevin Smith previously directed for The Flash, but it was still a fairly good midseason premiere for Supergirl, at least in terms of the core plot. The de-powered adventure for Kara and Mon-El was pretty entertaining, and allowed both of them their latest chance to prove that their abilities don’t define their potential as do-gooders. It’s frustrating that Roulette was once again defeated far too easily, and the subplots of the episode were also pretty lacklustre, but the final result of Mon-El finally agreeing to be a superhero feels fitting, right as other hostile alien forces start closing in on him. Now that Cadmus seems to be on the ropes, it seems like Mon-El is going to define a huge chunk of Season Two’s back half, and I’m looking forward to seeing his own potential as a comrade-in-arms to Kara, even if he no doubt still has some big secrets to hide.

Supergirl 2.9: "Supergirl Lives" Review
Supergirl offered a fairly good midseason premiere this week, one that brought Kara and Mon-El to a challenging new world, even if weak villains and subplots sometimes tripped up the story.
THE GOOD STUFF
THE NOT-SO-GOOD STUFF
2017-01-24
75%Overall Score
Reader Rating: (0 Votes)
0%