It’s been quite a while since we’ve seen the Koenig siblings, but they finally made their triumphant return to Agents of S.H.I.E.L.D. this week! Patton Oswalt’s kooky brothers made for a welcome sight in this week’s episode, “Hot Potato Soup”, which remained entertaining overall, especially as we get to see the latest piece of Nadeer’s grand operation in the reveal of the so-called ‘superior’ that’s bankrolling the whole thing.

That said though, this episode did feel a little more over-stuffed than the other episodes that have comprised the show’s ‘LMD’ arc so far. It’s not a huge deal, but some of the comical attempts to be confusing and drawn-out with the Koenig siblings don’t always work. The workings of the LMD’s also get more complicated in this episode, which sometimes works to mixed effect, as the show is now falling back into its occasional habit of slinging a litany of plot developments at viewers all at once, without properly fleshing out all of them. It is cool to get a greater understanding of how LMD’s are evolving, further blurring the line between man and machine in the Marvel Cinematic Universe, though with so much else going on, some of this LMD evolution and commentary gets lost in the shuffle. 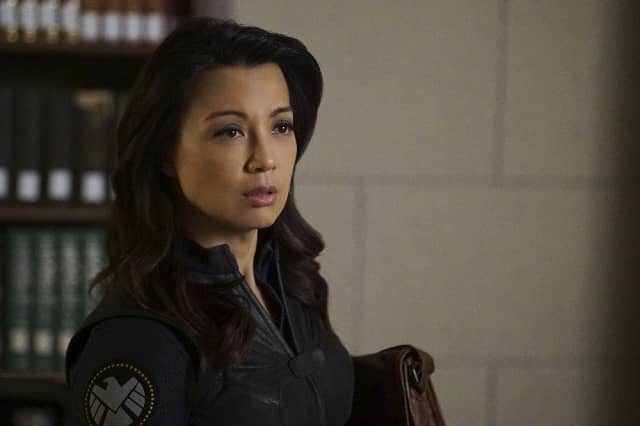 Obviously, the return of Oswalt on this show is always welcome, and a lot of the humour and fun with the Koenig brothers made for a solid way to lighten up the otherwise especially dark ‘LMD’ storylines that have been unfolding in 2017 so far. The addition of Son of Zorn’s Artemis Pebdani as the newly-revealed Koenig sister, L.T. was also a comedic highlight, even if she’s definitely the most over-the-top character in the ensemble. Still, Pebdani’s sharp comic energy manages to sell the character, even if L.T. does fly in the face of the show’s recent tone. Sometimes, the Koenig humour in general clashes with the tone a bit too much, but it’s not enough to seriously hurt the episode.

The reason why the Koenig family is drawn into this week’s plot is because it turns out that Coulson entrusted them with disposing of the Darkhold. Like I said, it was too much to hope that Coulson may have passed it off to Doctor Strange or an associate of the Sorcerer Supreme, even though that probably would have made the most sense. Anyway, since Radcliffe bugged the S.H.I.E.L.D. base, he also knows that the Koenig siblings know where the Darkhold is, and it turns out his big plan that was teased at the end of last week’s episode is kidnapping Billy Koenig, so he can rifle around in his memories and find the tome’s hidden location. 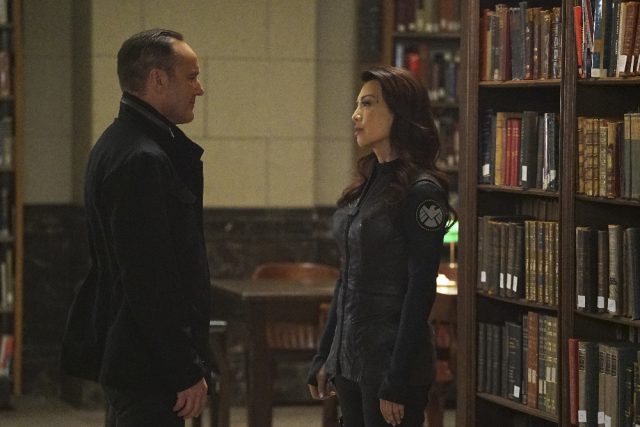 While the bad guys are trying to zero in on the Darkhold, Fitz, Simmons and Mack are also ‘interrogating’ the LMD Radcliffe that was discovered during last week’s episode. This led to the revelation of Fitz having an emotionally abusive deadbeat father that abandoned him when he was ten, but honestly, this felt like a weird time to bring up this story development. Maybe Fitz’s father plays a role later in the season, and that’s why Agents of S.H.I.E.L.D. is suddenly mentioning him. Even if that’s the case though, did Fitz’s father really need to be brought up in an episode and series of story arcs that already has tons of plot elements unfolding?

The other slightly weird note in this episode came when Coulson and May finally decided to start seriously exploring their implied romantic attraction. The dramatic irony of viewers being aware that ‘May’ is an LMD is something that could have simmered for a bit longer though. Instead, Fitz and Simmons luck out and find evidence in the LMD Radcliffe’s brain (yes, they have actual brains now), that ‘May’ is a fake, and the real May is missing. This has Coulson and Daisy incapacitating the fake May as the climactic gunfight unfolds, which simply forces the good guys to retreat as Radcliffe gets away with the Darkhold, leaving the LMD May to be captured by S.H.I.E.L.D. It’s really annoying that we couldn’t have built up Coulson’s horrible discovery for a bit longer, since he’s bound to have abandoned most of his confused feelings for the LMD May as soon as next week’s episode now, at the rate that this show is going. 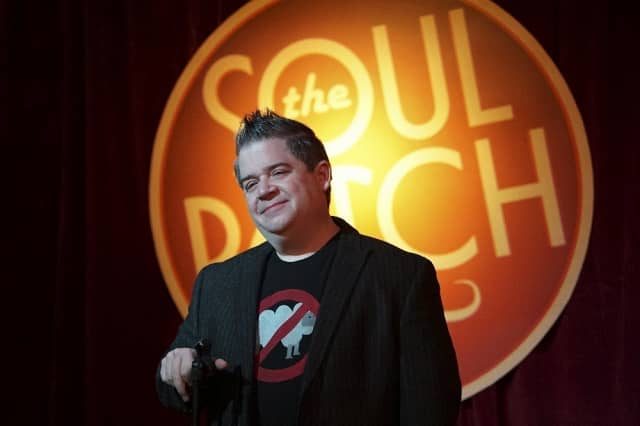 The idea of Nadeer’s benefactor, a Russian industrialist, intentionally targeting Coulson, referencing Coulson always being present during alien-related events in the Marvel Cinematic Universe (well, assuming that we’re putting aside the Guardians of the Galaxy movies, obviously), is kind of interesting, though this is squeezed into the episode’s epilogue, leaving it as a mere tease for later. This and a few other story beats overall leaves, “Hot Potato Soup” sometimes feeling like it’s giving viewers the runaround, even though most of its story developments still worked fairly well. The sense of excitement is still plenty strong too, and it really was great to see the Koenig brothers again (and meet the Koenig sister!), though hopefully Agents of S.H.I.E.L.D. doesn’t throw any more moving parts into the machine for a bit. The series has really been killing it lately, and it wouldn’t do for it to start becoming overstuffed again.