After Legion spun its wheels a bit with last week’s episode, the show returned to top creative form this week, giving us our proper introduction to this live-action universe’s version of the Astral Plane. “Chapter 4” has David completely comatose for almost the entire episode, as his powers overload and trap him in the Astral Plane, while Ptonomy, Syd and Kerry decide to look for more answers regarding David’s past.

Another pivotal development this week is properly meeting Melanie’s husband, Oliver, who was briefly heard as an automated voice during the previous episode. Oliver is also trapped in the Astral Plane, beginning the episode by speaking to an unknown party, as Melanie starts thinking that strange happenings around Summerland could be related to her husband trying to communicate from the so-called, “No place.” 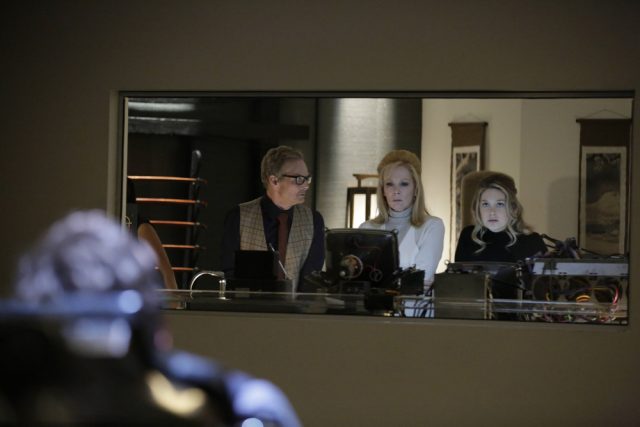 As you can imagine, Legion’s panache for high, trippy visual ambition also didn’t disappoint with the coming of the Astral Plane to the show. After David stumbles into Oliver’s territory, viewers are immediately greeted by an unreal, colourful and instantly memorable rendition of the Astral Plane, a place where any thought can feasibly become reality. David’s brief meeting with Oliver is informal, unhelpful and even a little comical in the end, leveraging the comedic talents of Jemaine Clement in the role pretty well. David thus quickly loses patience with Oliver and leaves, though not before learning about, “The monster” that appears to have followed David into the Astral Plane.

As you can imagine, this means more piling evidence that David’s tormentor is Marvel villain and Professor X nemesis, Shadow King, with the show even vaguely identifying him by name in this episode. This comes via a brief check-in with both Amy and Dr. Kissinger, who have both been imprisoned by Division Three. The scenes with Amy and David’s therapist don’t add too much to the episode, and don’t really tell viewers much that they don’t already know, but we do learn something very suspicious about David’s past; It turns out that his childhood dog, King doesn’t actually exist, since the Haller family never owned a dog. Gee, I wonder what the significance of the name ‘King’ could possibly be, eh? 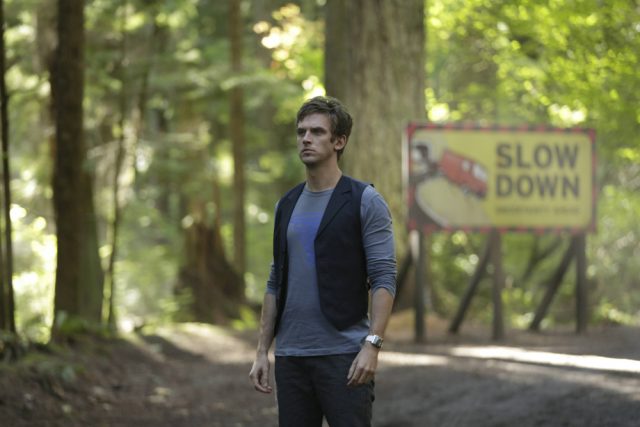 As Ptonomy, Syd and Kerry start talking to David’s ex-girlfriend in order to crawl through her untainted memories, it also comes out that David doesn’t seem to have any record of his past, and not even any photos. This is mysterious enough, but what’s even more mysterious is that their investigation turns up another surprising truth about David’s memories; David’s friend, Lenny doesn’t actually appear to exist either. Instead, David’s druggie buddy was a middle-aged man named Benny, with Lenny being noticeable as the woman from the mental hospital that Syd seemingly killed while trapped in David’s body, but that still presents a big question; Why is Lenny showing up in Benny’s place within David’s memories?

Clearly, there’s another huge part to this psychological mystery that still hasn’t been put into place yet, but this helps keep Legion’s latest episode constantly compelling from start to finish. One of the coolest scenes in the episode also has David once again confronting the slick-looking vision of Lenny in overalls too, who starts prodding him to use his abilities to escape the Astral Plane. This is a decent way to get David out of the Astral Plane right as his mutant friends are in the most danger at the conclusion of the episode, and as usual, Aubrey Plaza remains a real performance highlight among the cast too, being cheeky and fun, yet also dark and sinister. The real bomb with Lenny gets dropped right at the end of the episode too, as a ghostly image of her appears behind David in the real world, draping an unmistakable demonic-looking hand over him. This seems to bluntly spell out that ‘Lenny’, or at least the vision of Lenny in David’s mind, was actually the likely Shadow King the whole time, which, if that’s true, makes for a pretty great plot twist, especially while Lenny was so consistently hiding in plain sight!

Slightly beforehand though, we get another rare bit of action for Legion, as Ptonomy, Syd and Kerry come to the far-off house of David’s former therapist, with Ptonomy hoping to dig through his memories to find the untainted accounts of David’s past. Surprisingly though, this is a trap, with the therapist actually being Division Three’s mutant enforcer, The Eye, leading to a bunch of Division Three soldiers closing in on the mutants. Syd manages to switch bodies with The Eye after some brief chaos, allowing the mutants to escape, though not before David re-appears, stops the fleeing truck, and fails to notice that Syd is in The Eye’s body before it’s too late. This blunder leads to Kerry getting shot, which seemingly mortally wounds Cary back at Summerland in the process as well. We don’t know for sure if Kerry/Cary will die, even if things look pretty bad for them, but the more pressing issue is probably the fact that the Astral Plane is coming home with David, and not in the way that Melanie would probably hope for!

“Chapter 4” completely put Legion back on track in a superb way this week, once again cranking up the show’s spectacularly warped imagery and unreliable narration, though not to the point where it becomes too convoluted or overwhelming. The mounting evidence that David’s entire psychological makeup and memories can’t be trusted will continue to easily keep you on the edge of your seat throughout this episode, just as the first proper introduction of the Astral Plane absolutely oozes potential for more standout visual beats down the line. The apparent reveal that Aubrey Plaza is portraying the more recognizable human form of David’s mental tormentor was also awesome, and continues to have Plaza standing alongside Dan Stevens as one of the best and most memorable actors on this show. It really feels like Legion is kicking things up a notch after this week, and as you can imagine, I can’t wait to see what kind of crazy direction this show moves in next!