NOTE: Full spoilers for this episode of, “The Last Man on Earth”, including Gail’s fate, are present in this review

The Last Man on Earth has been riding a particularly sublime note ever since it made its belated return in 2017, and that high note continued in this week’s episode, “Hair of the Dog.” Finally, at long last, we get definitive proof of Gail’s fate, while also getting more insight into Melissa’s past, which has a few interesting surprises for Phil and Todd to discover.

So, without further teasing, we can finally confirm beyond a shadow of a doubt in this episode that Gail is alive, and didn’t commit suicide in the elevator. The episode begins with a weary, listless Gail stumbling out of the adjacent building and making her way back to the others, with Phil humourously greeting her in a nonchalant fashion, believing that she simply went to Napa and is very hung over, as with everyone else. When Gail collapses and looks very evidently pale though, it becomes clear to the group that she’s far worse than hung over! 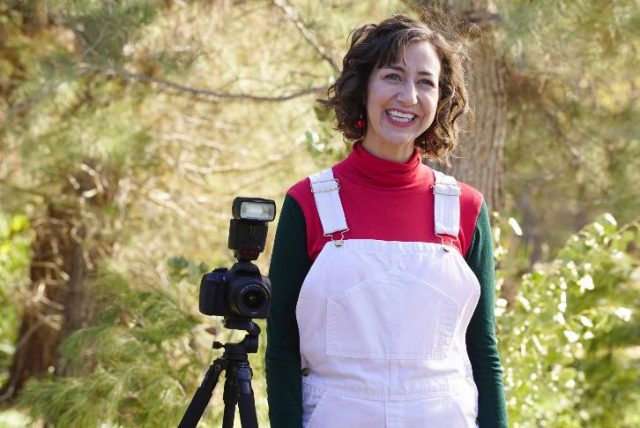 Gail’s reunion with the group was a fantastic moment, one that was filled with equal parts emotion and humour. Seeing everyone react to Gail’s time in the elevator was pretty impactful, just as it was very funny to have Phil try to tell Gail that Lewis is doing great after she asks, with Gail catching on immediately that Phil is lying, and Lewis has died. Phil really is that bad of a liar. Carol describing Lewis’ death as caused by a, “Minor plane crash” that let him pass peacefully was also pretty amusing. They’re certainly not the most usual people, but they’re the only family that Gail has got, and she was very fittingly happy to see them!

A huge part of the episode thus unfolded with Carol trying to mend her relationship with Gail, trying to go out of her way to balance out her former neurotic behaviour by trying to prove how chill and relaxed she now is. This, obviously, goes about as well as you would expect, with Carol becoming neurotic as ever, which made for a very funny contrast in her efforts to try and stay relaxed. It was also a nice change of pace to have Gail now take this in stride as well, being far more appreciative of Carol after her time in the elevator. The confession by Gail that most of her thoughts in the elevator were of Carol and her quirks was especially sweet.

Naturally, Carol also gets a second chance at that family photo, complete with managing to get Gail into the same outfit as her. This led to more standout Carol humour, while also giving Carol a nice chance to cement her spiritual family relationship with Gail at last. The real payoff to this storyline was yet to come though, as Carol starts going through the litany of photos she took with Gail in a computer, only to discover a Yoda-like figure hiding in the background! Does this mean that another survivor has found the group?! It could even feasibly be Pamela, since who knows what she might have gone through on her way to finding everyone else. I guess we’ll have to wait until next week to find out more.

The other major plot of this episode centered around Phil and Todd, as I mentioned, while they try and look for answers regarding Melissa’s degrading mental health. The two decide to take Melissa with them on the way to a trip to Melissa’s hometown, hoping that Melissa will point them to her old house. Obviously, Melissa is very unhelpful, complete with her very amusingly revealing that Phil has rather small private parts (something that Carol apparently confessed to her), but Phil and Todd nonetheless maintain their resolve, with Todd especially desperate to fix Melissa.

It turns out that Melissa was a fairly big deal in her hometown as well, since she was a bigwig real estate agent that even had her own billboards! Phil even used one of them for his original, “Alive in Tucson” message from the very start of the series back in 2015! This however does create a pretty noticeable plot hole, since Phil spent the early stages of the apocalypse alone, desperate to meet a woman, and yet, he didn’t recognize Melissa right away when she showed up? Considering how attractive Phil apparently finds Melissa, you’d think that her image on the billboard would really be burned into his memory. As it stands though, this is a pretty contrived way to force a solution when the show wrote itself into a corner, since the billboard is the only way that Phil and Todd can find Melissa’s office, and in turn find her home information, after she inevitably goes missing again.

When the two finally do reach Melissa’s house, where she also fled to, one of the episode’s best moments takes place, as Todd comes to realize that he never truly knew Melissa at all, after looking at her photos and belongings. This has Todd very regretful that he never tried to get to know Melissa before her breakdown, and further strengthens Todd’s desire to see Melissa well again. This was very emotional in all the right ways, and did pave the way to a nice moment of hope, as Melissa comes down in her real estate blazer, and takes a pill. One pill remains, as Todd tries to ask Melissa what the pill is, though she doesn’t know. She does however finally agree to be taken back to the others, as Todd stares at the pill during the drive back, wondering what it could be, and what secret condition Melissa is still battling.

The Last Man on Earth continued to demonstrate some pretty stellar writing this week, beyond the rather huge plot hole of Phil not recognizing Melissa from a billboard that he no doubt spent quite a while climbing to and spray painting. Nonetheless, Gail finally getting to rejoin her family of survivors, and Carol shockingly discovering evidence of a new person in the vicinity, all made for more laughs that were all balanced out with superb heart in turn. Especially considering the recent loss of Lewis, it’s great to have Gail alive and well, and see everyone together again. Best case scenario, their family is about to get even bigger too!