The world of the Framework didn’t become any more inviting by the end of this week’s episode of Agents of S.H.I.E.L.D., which further developed the agenda of the virtual world’s HYDRA overlords. “Identity and Change” explained just what’s been going on in the Framework, and what Aida has been up to since assuming the identity of Madame HYDRA (we also learn in this episode that she is the original Ophelia Sarkissian version of the character, the one who is later re-christened ‘Viper’ in Marvel Comics lore), while also introducing us to the other side of the coin; The fabled resistance, or what seems to be left of S.H.I.E.L.D. in the world of the Framework.

With Coulson recalling enough memories to recognize Daisy, he’s narrowly taken away from a HYDRA patrol, to be introduced alongside Daisy and Simmons to the resistance’s leader by Ward. Unsurprisingly, the resistance leader in this reality is Jeffrey Mace, who is hiding out in a top secret location, specifically the Framework rendition of S.H.I.E.L.D. HQ, which still has the SSR logo emblazoned upon it. Mace naturally doesn’t trust the newcomers, but after Simmons shows him her S.H.I.E.L.D. ID, he seems to accept the gang as being true HYDRA dissenters. 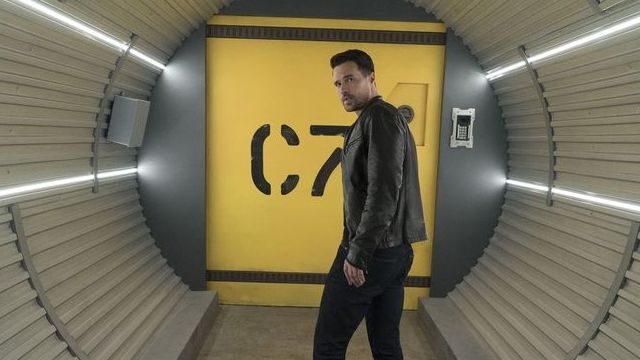 On top of finally getting to reunite with Mace in this episode, we also got to see what’s been going on with Mack, after he was strangely absent from last week’s episode. Turns out, Mack has been living a reasonably happy life with his daughter, Hope, who is now alive and well in this reality, on top of being a brilliant mechanically-minded child, taking very much after her father. When Hope accidentally comes into contact with a HYDRA drone though, the two eventually end up in HYDRA custody, complete with Daisy being dragged along for the arresting effort.

Where this episode really excelled is in diving into just how heavily the memories of the S.H.I.E.L.D. crew have been tampered with within the reality of the Framework. Mack is now desperate to do whatever he can to protect his child, for example, in turn being accessory to May outing Daisy as an undercover S.H.I.E.L.D. agent, which directly leads to Daisy’s capture. This then leads to Mack realizing his cowardice and going to join the resistance at the end of the episode, with Daisy’s capture being just one of many ways that this episode effectively demonstrated just how far gone many of our heroes are at this point. It wasn’t always for the sake of drama though, since a conspiracy theory-fueled, perpetually wide-eyed Coulson was presented to funny effect, calling back to Coulson’s more starstruck portrayal in The Avengers. 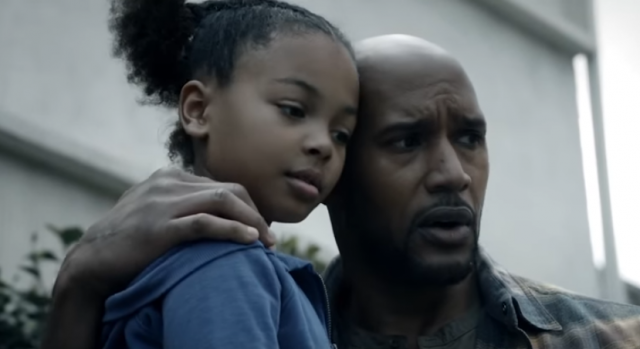 It wasn’t just the heroes that had their minds probed in the writing either. We also got a big look into what’s driving Aida/Ophelia/Madame HYDRA as the leader of HYDRA in the Framework, as well as what Fitz seems to be getting out of their romantic partnership. Fitz, naturally, has been heavily brainwashed, to the point of no longer recognizing Simmons at all, and some of his relationship with Madame HYDRA appears to demonstrate a bit of a domination implication on the former Aida’s part to boot. Madame HYDRA actively abhors her former Aida identity, since it reminds her of being a, “Thing” to be used like an object, which she reveals in the episode’s climax, cleverly having her seemingly use Fitz as her own object in this reality, which is a fantastically sick dose of irony. She’s also, in a strange way, still honouring her innate programming nonetheless, as she is protecting Radcliffe within a virtual world that is rapidly spinning out of control, also keeping Fitz very close to her in the process.

The biggest revelation with Madame HYDRA though is when Simmons, Ward and Coulson go to fetch Radcliffe, who is being hidden on an island paradise in Bermuda, whereupon Radcliffe reveals that the Framework doesn’t look or function at all the way it’s supposed to anymore. Apparently, after removing the main regrets of the S.H.I.E.L.D. crew and Radcliffe, Aida’s various changes to imprison everyone have warped Radcliffe’s paradise beyond recognition. This explains the twisted, upside-down world that the Framework now is, and it’s all thanks to Aida. In an undeniable way, it’s also thanks to Fitz and Radcliffe too, and the tragic irony of that wonderfully came into focus during a surprisingly intense and dramatic climax. 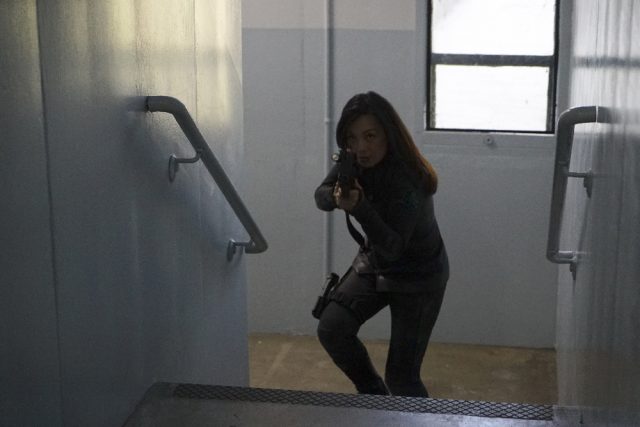 The climax begins when Simmons, Ward and Coulson temporarily elude HYDRA on Radcliffe’s island prison, only to see Madame HYDRA’s crew drag out Agnes, Aida’s real-world inspiration, whom Radcliffe stuck in the Framework during the ‘LMD’ arc earlier in the season. Fitz holds a gun on Radcliffe and demands he explain the resemblance between Agnes and Madame HYDRA, which leads to Radcliffe telling Fitz the entire truth about the Framework, and how they created Aida together. This seemingly resolves the situation, until Fitz says that he knows who he actually is, and murders Agnes in cold blood! Yes, no one seems to be more far gone than Fitz at this point, much to the horror of Simmons, whose tortured reaction almost leads to the heroes getting shot by HYDRA’s soldiers, and forcing both sides to retreat after Radcliffe is captured. This leads to both Radcliffe and Daisy alike being tortured by Fitz in the Triskelion, with the episode ending as Daisy tries to appeal to Fitz’s decency, only to have Fitz respond by saying that Daisy must not know him at all.

Even after the events in the Framework, you know that Fitz’s murder of Agnes and torture of Daisy and Radcliffe won’t be easily forgotten, so hopefully Agents of S.H.I.E.L.D. does manage to make it to a fifth season, so we can see how that plays out. For now though, “Identity and Change” was another fantastic offering for the ‘Agents of HYDRA’ arc of Agents of S.H.I.E.L.D., presenting another episode that was exciting and dramatic, and didn’t really present much to truly complain about. Exploring a bit more of the motivations behind Aida/Ophelia/Madame HYDRA proved really satisfying here, without giving too much away for later, and seeing how far Fitz has fallen to that end was truly heartbreaking. The bizarre fact that Daisy has only now been flagged as a potential Inhuman is a bit of a plot hole, considering how much totalitarian control that HYDRA exerts on the world of the Framework (it’s possible that Madame HYDRA sat on the information until determining that it was the real-world Daisy, though this isn’t explicitly confirmed), but it looks like Daisy’s and Radcliffe’s capture, and Fitz truly seeming irredeemable in his current state, is going to lead to a world of problems for our heroes!