iZombie somewhat went back to business as usual in this week’s episode, though still with a few noteworthy shifts in format. “Zombie Knows Best” presented a rather unusual brain hook for both Liv and Major alike this week, while also attempting something of a framing device with Babineaux, as the Seattle PD begins to look into the murders of his old neighbours.

The Babineaux-centric subplot told viewers what many had no doubt already pieced together, namely that Babineaux had become rather attached to the zombie kid’s mother. The two never quite made it to a romantic relationship, but we nonetheless get it revealed exactly how Babineaux became connected to that family, and how he became listed as their emergency contact. Turns out, the kid’s father was abusive, and after overhearing a domestic disturbance during his undercover work with vice, Babineaux was the one who busted the guy and effectively saved the mother and son. 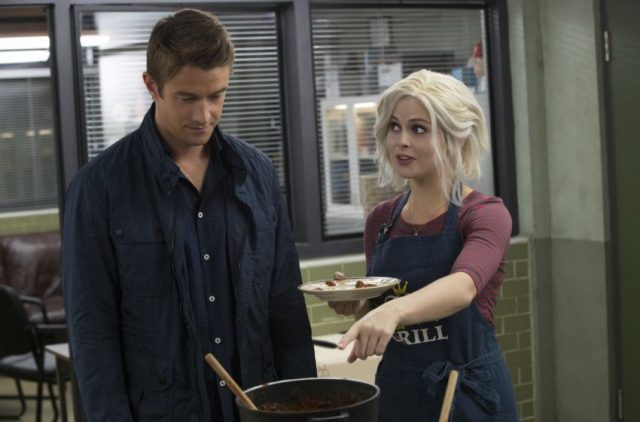 This was one of a few smart callbacks to Babineaux’s history from earlier in the show, complete with Babineaux still having his funny-looking moustache from the flashbacks of, “Liv and Let Clive” from Season One. Another particularly great callback during these flashbacks was the reveal that the kid originally got Babineaux into Game of Thrones after lying about being allowed to watch it, turning Babineaux into a huge fan after the kid falls asleep. If you remember, Babineaux being a huge Game of Thrones fan was a point of humour in Season Two episode, “The Hurt Stalker”, after Ravi begins poking fun at him for it.

The flashbacks with Babineaux were layered around the present-day case-of-the-week in this episode, and yes, we’re back to having a case-of-the-week again. In this case, a father and daughter are killed during a suspicious hit-and-run on the way to a skating practice at 4:00 A.M. (really? 4:00 A.M.?), which conveniently gives Liv and Major two new brains to consume. In a funny twist however, Liv ends up eating the father’s brain, and Major ends up eating the daughter’s brain, which makes Liv super enthusiastic and supportive, while Major becomes bitchy and sarcastic. They also have quite the rapport with each other, as Liv starts becoming overbearing to Major, while Major becomes super dismissive and embarrassed by Liv. 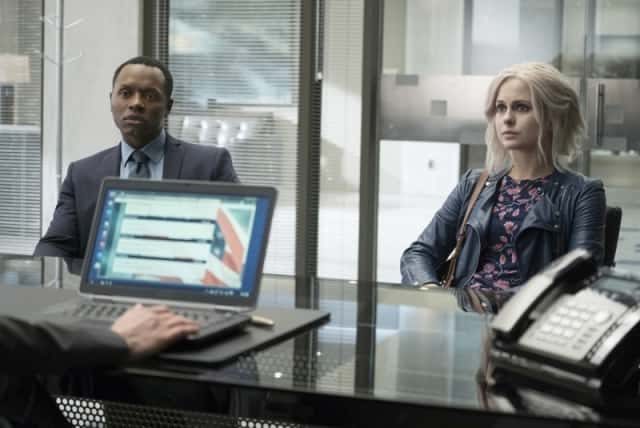 The brains were almost purely meant for comedy this week, since there were only a couple of instances where they actively benefited the case-of-the-week progression. Liv and Major each have one major vision that points them to an apparent suspect; The stepfather that was having an illegal affair with the teenage friend of the 15-year-old victim. The adolescent friend also happens to be the daughter of some kind of important businesswoman, who is later found to be the true culprit, after the other girl’s father threatened to go to the police after learning of the affair. As much as the show tried to paint the stepfather as the red herring, it did end up tipping its hand a bit in the end, since the case-of-the-week didn’t have that many players or twists, so it wasn’t hard to figure out who was the murderer this week. That’s disappointing, even if the decision to focus a bunch of the episode on Babineaux made this a bit expected.

We also get a very brief check-in with Fillmore-Graves towards the end of the episode, after it becomes apparent that an entire online community has started to discover the existence of zombies. Vivian apparently predicted three years before the human populace learned of the zombies among them, but that timeline is now being accelerated, particularly due to the incident at Max Rager. There wasn’t ultimately much forward movement on the Fillmore-Graves front beyond that though, since the only other big development was Major learning that the Fillmore-Graves zombies eat tubed brain cocktails to avoid personality shifts and visions. This will no doubt serve as a convenient excuse to keep Major healthy and fed throughout the season, while also explaining away why he’s not having visions and personality shifts like Liv.

“Zombie Knows Best” helped to flesh out a few more important story points for Season Three of iZombie, even if the case-of-the-week sometimes suffered for that, particularly with how easy it was to anticipate the real culprit. The McDonough family was also completely absent from this episode, somewhat disappointingly, which leaves the big development of Don E. and Angus starting a business together, and Blaine still bumbling around with Peyton and a lost memory, hanging for an extra week. Ravi does mention Blaine and Peyton’s connection in passing, but that’s about it, with Peyton also completely absent from this episode, despite now being a series lead. The chance to continue bringing Babineaux deeper into the zombie agenda worked pretty well though, and even if this week’s case wasn’t a highlight, at least Liv and Major had plenty of fun with their latest mis-matched brain meals!