Supergirl delivered one of the best episodes of its current season last week, despite it featuring a normal human villain. Unfortunately, the same can’t be said for this week’s episode, “City of Lost Children”, which felt like a scattered, illogical and tedious affair that largely existed to set the stage for Season Two’s big climax, no matter how hard it had to shoehorn that into place.

Another big problem with this episode is that it focuses heavily on James and his Guardian persona. The past few Supergirl episodes haven’t even bothered to feature James in any large capacity for the most part, if at all. Thus, it feels at this point like even the showrunners are admitting that the whole James/Guardian storyline for Season Two was just overall a bad idea for the most part. It seems like they’re taking one last stab at James being a vigilante though, after a telekinetic alien seemingly attacks a bustling National City square before disappearing, literally as if she teleported away (in a surprisingly bold showcase of lazy writing), and James then ends up having to care for the alien woman’s abandoned son. 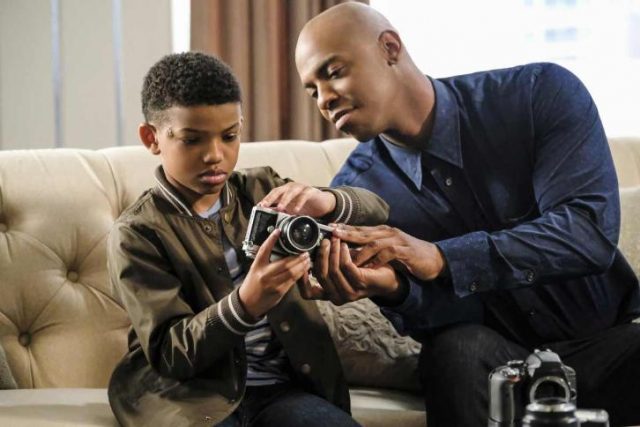 This might have been an interesting idea, had the show suddenly not started forcing the idea of National City suddenly finding Guardian scary, and James suddenly being bothered by it. Because if there’s one piece of superhero media that Supergirl would want to rip off, it’s the 2003 Daredevil movie. Immediately, this feels like a flimsy conflict, since James has never been concerned about frightening people before. Why is this only now becoming an issue? It feels like the show is trying to force whatever excuse it can to potentially have James abandon his Guardian mantle for the already-confirmed Season Three of Supergirl, with the writers seemingly becoming as bored of it as the viewers are.

That’s before the really forced and pointless alien conflict this week too. James having to care for the lost child of a telekinetic alien, who is concerned about his mother being labeled as a terrorist, could have made for a really fantastic episode. In the end though, it just ended up being written so sloppily here. There’s a really ill-advised racial parallel in the storytelling that feels out-of-place and clearly doesn’t work, and even more insulting is that the kid was in telepathic contact with his mother the whole time, and just never told anyone. I get why he wouldn’t tell the DEO, but if he trusts James so much, why didn’t he tell him that he already knew where his mother was? Moreover, if this alien is being labeled a criminal and a manhunt is going on for her, why in blue hell would she randomly disappear and abandon her son, especially when she’s telepathically linked to him?! This whole storyline was just stupid in the end, not to mention really frustrating.

As much as the episode’s core plot had more holes than swiss cheese (seriously, how does the DEO miss an entire secret hangout by alien civilians?!), the subplot at least fared a bit better, as Lena and Rhea start trying to develop the alien portal. The portal causing the telekinetic aliens’ powers to go haywire is an interesting idea, but it barely feels consequential in the end, since it immediately gives way to another conflict. Lena struggling with trying to redeem her family legacy, and having it pointed out by Rhea that she’s relying too much on Lex Luthor’s methods to succeed, was fairly clever though. This is especially true in that it continues to foreshadow a potential dark turn for Lena next season, after the hints that she may end up founding the Supergirl universe rendition of DC’s clandestine organization, Checkmate.

Disappointingly though, the end of this episode didn’t fare much better than the beginning, and most of its progression. Rhea suddenly calling an entire army of Daxamites to Earth feels like a forced device to create a big war for the season’s climax at this point, with surprisingly little real buildup. Rhea doesn’t so much feel like an alien mastermind as a spoiled royal throwing a tantrum at this point, which doesn’t really make her a very effective big bad for the season. Moreover, James saving the telekinetic aliens with their powers going berserk, with the literal power of love, is total bullshit, and yet another surprisingly bold instance of lazy writing. For whatever reason, it just felt like the writers didn’t have any good ideas for the lead-in to the season’s climax this week, so they just had to make do with whatever half-concepts they had. That’s especially frustrating after such an excellent episode of Supergirl last week. 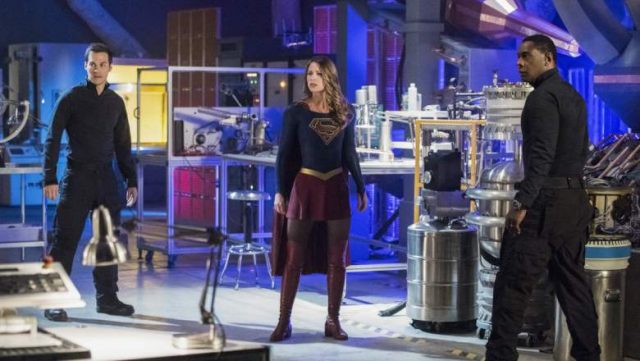 “City of Lost Children” is disappointingly one of the biggest misfires that Season Two of Supergirl has suffered through, representing a frustrating throwback to some of the low points of Season One, back when this show was on CBS. The Guardian-heavy storyline made for a particularly tedious and irritating turn for James in a key part this week, while the sudden Daxamite invasion just isn’t carrying the proper weight as a climactic conflict for this season. The Lena material was at least a little better, especially when we see a few more shades of the Luthor family poke up in her methods, but even that is quickly brushed aside in favour of so many ill-advised story devices in this episode. Well, now that the big threat is upon National City in any case, hopefully Season Two’s final two episodes at least offer some solid excitement before Supergirl goes off for the Summer, and we can forget about this sustained sour note before long.

Supergirl 2.20: "City of Lost Children" Review
Supergirl unfortunately suffered through a low point for Season Two this week, due to a tedious Guardian-heavy plot, along with some rather lacklustre alien threats.
THE GOOD STUFF
THE NOT-SO-GOOD STUFF
2017-05-09
60%Overall Score
Reader Rating: (1 Vote)
86%