NOTE: Spoilers from throughout the third season of, “The Last Man on Earth” are present in this review

The Last Man on Earth has fortunately been renewed for a fourth season, and that’s great, since this show remains one of the strongest sitcoms in FOX’s lineup by the end of its recently-wrapped third season, alongside the still-ongoing Brooklyn Nine-Nine. The two other Phil Lord/Christopher Miller-produced sitcoms from the FOX lineup, Son of Zorn and Making History, both unfortunately ended up being cancelled, but The Last Man on Earth still represents the unique and potent comedy of Lord/Miller very well, not to mention star and creator, Will Forte.

The post-apocalyptic survivor protagonists were forced to yet another new location in the show’s third season, a self-sustaining mall complex-like building that seems to have everything they need. The season still begins in Malibu, though after a violent encounter with Mark Boone Jr.’s Pat (and a hilarious Mad Men throwback when Melissa kills Pat’s companion, who is revealed to be played by Jon Hamm), the survivors have to pack up and leave again. The road trip stretch of the season wasn’t quite as compelling as the rest of it, but once the survivors settled into their new paradise, the season was allowed to move away from the survivor-themed conflicts of Season Two, and instead dive especially hard into the characters and their personal issues.

This led to another very funny and overall strong season for The Last Man on Earth. With Erica and Carol now both being pregnant, the survivors got to explore the idea of perpetuating humanity, even in a dead world, while a mental breakdown by Melissa offered a great, more dramatic stint for Todd this season. Mel Rodriguez proved to be one of the strongest members of the lead cast in Season Three, as ‘nice guy’ Todd ends up being put to the test all over again, even with his love triangle from Season Two having ended. This is because he finds himself quickly in over his head trying to ‘save’ Melissa from her own psychosis. Speaking of, it was awesome to see some great pair-ups between Gail and Todd this season, with the two managing to move past their emotional issues to become friends again. Todd marrying Melissa towards the end of the season was also a satisfying reward for his faith and dedication in trying to make her well again.

Gail was another big highlight character this season as well, if for no other reason than the harrowing midseason arc of Gail becoming trapped in an elevator, after Phil and temporary survivor, Lewis (who is rescued from Pat and later dies in a plane crash), deactivate the power to the adjacent building without realizing that Gail is hiding in it. Gail’s claustrophobic and terrifying elevator prison not only made for an excellent midseason cliffhanger, as it appears that Gail commits suicide with her one remaining bullet, but also made for a standout way to bring Gail down to Earth, get past her alcoholism, and better appreciate the people around her. Phil being the one to bail out Gail as a misguided way to try to bond with Lewis was also a great, hysterically ironic way to end off this storyline, as intelligence on the part of Lewis seemingly dooms Gail, while Phil’s latest bout of stupidity inadvertently saves her life. 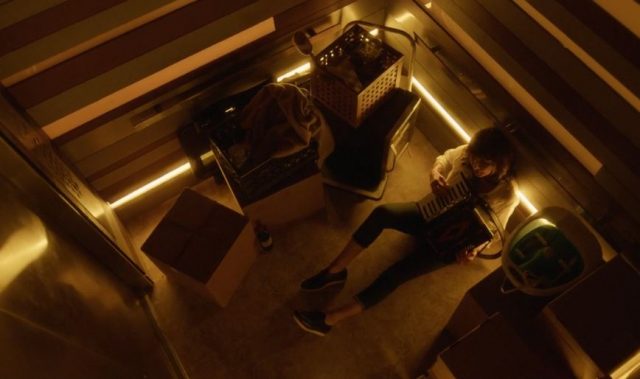 The one awkward storytelling note in the season came via a time jump later in the back half, which brings the show forward several months, though at the cost of sweeping away many of the ongoing season-long issues. Suddenly, Melissa is cured, Carol’s baby bump shows up (after she worried she’d miscarried), and a new mute child survivor that the group names, “Jasper”, played by Keith L. Williams, begins speaking again. This seemed to be a way to safeguard the show against potential premature cancellation by FOX, since The Last Man on Earth’s already-modest ratings have continued to dwindle in Season Three, but a cliffhanger ending in the season finale, followed shortly thereafter by a renewal notice from the network, seemed to later render it unnecessary. Still, it’s disappointing that the season rather casually abandoned a good chunk of its ongoing drama towards the end, possibly due to it also constrained by this show’s smaller 18-episode count for its current season runs.

Nonetheless, the season’s climax was generally very strong. A nuclear meltdown disaster rendering pretty much the entire U.S. (and Mexico) uninhabitable was an interesting threat to pit the group against, especially as they’re seemingly forced out to sea for next season. This comes shortly after Erica has her baby as well, which doesn’t totally go off without a hitch, but fortunately, she manages to have the baby and survive, with the baby, a girl named Dawn, also ending up being alive and well to boot. This will hopefully give Erica something to do next season, since she still bumbled around without any clear focus in Season Three, often being pushed into the background throughout various episodes. Carol, on a similar note, still has yet to have her own child (though fortunately still gets plenty of great storylines in Season Three), which will likely happen in the upcoming Season Four, but the big win for the group that came via Erica’s successful baby delivery was a wonderful optimistic note to close out the season on, even if it came amidst widespread nuclear catastrophe. 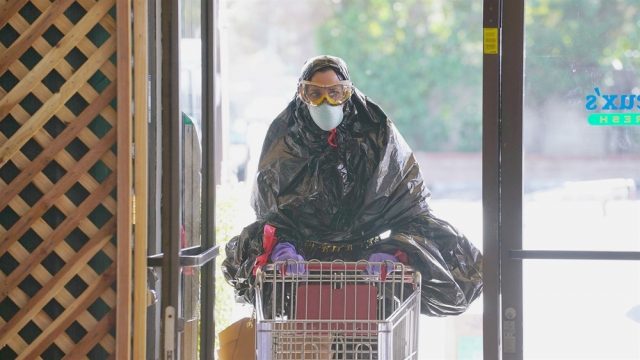 The promise of Kristen Wiig joining the show’s cast, after she was introduced in the midseason premiere as a new rich and oblivious survivor named Pamela Brinton, is also reason enough to get plenty excited about the show’s upcoming fourth season. Jasper seems to be a strong addition to the core group of survivors already, and Lewis was pretty good as well, for as long as he lasted. All in all, the third season of The Last Man on Earth continues to build the scope of the show while still capitalizing on an exceptional cast of characters. The time jump towards the end is a bit awkward, but beyond a few less effective episodes here and there, that’s really the only major sticking point of an otherwise very strong third season. We may have lost the two other efforts to expand the Lord/Miller comedy brand on FOX, but if there’s an upside to that, it’s that The Last Man on Earth still feels like the best of these Lord/Miller sitcom efforts at this point.