UPDATE: Following the official announcement, Nintendo has confirmed that, “Mario & Luigi: Superstar Saga + Bowser’s Minions” will release on October 6th of this year. 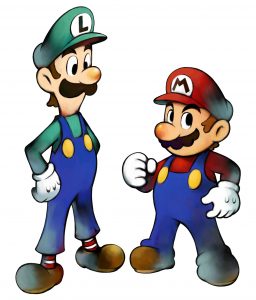 While the presentation, storyline and gameplay of Mario & Luigi: Superstar Saga + Bowser’s Minions appear to have been recreated perfectly from the original Game Boy Advance game, beyond some slight visual touch-ups, the ‘Bowser’s Minions’ story will offer a new spin on gameplay with a strategy-based style. Bowser’s titular minions clash with the monsters of the BeanBean Kingdom in an effort to reclaim Bowser in this bonus storyline, which is being newly added to the Nintendo 3DS remake to further expand the gameplay beyond the main adventure.

The main adventure of Mario & Luigi: Superstar Saga unfolds across a turn-based RPG with action-based combat maneuvers, as Mario and Luigi take a trip to the BeanBean Kingdom to reclaim Princess Peach’s stolen voice from an evil sorceress called Cackletta. The game received outstanding reviews when it first released for Game Boy Advance in 2003, and started another spin-off series of Mario RPG’s, which since saw follow-ups for Nintendo DS and Nintendo 3DS.

Keep questing to Eggplante for all major news and updates on Mario & Luigi.