iZombie’s climactic Season Three episodes are airing in a bit of a bizarre manner, since we’re essentially getting a two-part season finale that’s spread across two separate weeks. This week’s episode, “Looking for Mr. Goodbrain, Part 1”, had the season’s many story arcs starting to come together in a grand climax, as Harley’s new zombie state becomes a big problem, Liv and Babineaux both close in on the true secret behind the Tuttle-Reid murders, and Major prepares to make a huge life change.

There’s certainly a lot going on in this episode, even if iZombie’s proper season finale is next week, and most of it is generally pretty good. There are a few hasty story turns that feel constrained by Season Three’s shortened length though, and that leads to a few awkward plot contortions to get everything ready for the conclusion of the season next week. Fortunately, most of the over-arching mystery was executed pretty well though, especially since the show makes a quick return to its case-of-the-week format, in a slightly altered package.

This comes courtesy of Ravi’s old boss, Katty Kupps, who has made a handful of small, mostly inconsequential appearances this season, suddenly turning up dead in an alley. Liv and Babineaux are investigating the murder, as per usual, but consuming Katty’s brain comes with some awkward consequences for Liv, namely that she now has visions of having sex with Ravi! This was largely relegated to just one hilarious scene, which also happens to take place during a difficult interrogation with a racist old woman, but it made for one of the episode’s best bits of humour, especially when so much of the episode was otherwise very stark serious.

Even the other moments with Liv’s brain were played much more for drama than for laughs this week. The Ravi sex vision idea is certainly clever, since it means that Ravi is at least allowed to be a more upbeat character this week, but Liv also happens to struggle with another difficult side effect of the brain, namely that it keeps drawing her back to a hotel bar. Initially, Liv claims that this is for the investigation, but it’s soon after revealed that it’s actually a more dramatically-minded impulse of Katty’s brain, since it turns out that Katty had a habit of hooking up with strange men in that very bar. Liv resists most of the men she picks up in the end, though sadly does end up in bed with Chase Graves! This was a pretty great twist, one that’s bound to have huge consequences with Justin next week, especially since this gives Liv the opportunity to discover evidence that implicates Chase in the murder of Katty. This alone presents lots to look forward to in next week’s season finale, especially with word that a flu outbreak is taking place in Seattle at this very moment.

This however is where the episode falters a bit more. Katty was visiting Seattle after claims of an Aleutian Flu outbreak, a disease that’s been dormant for some time, which seems to be some sort of vague cover-up for the zombie virus going around. The episode didn’t totally make that clear though, and at this point, the blend between the zombie news and flu news isn’t communicated or blended together very well in the story. Again, it’s probably due to time constraints, but Seattle suddenly being petrified of a flu outbreak feels very abrupt, just as the zombie scoop coming out at the same time, and apparently actually being taken seriously by some people beyond Harley’s group across the city, also feels bizarre and inexplicable.

Consequently, the Major subplot again suffered a bit in this episode, even if it did at least give us a pretty heartfelt reunion with Natalie. Turns out, Natalie has been traveling the world, as promised, and has found a peaceful new place to settle down in Italy. She even invites Major to go with her, and Major seems to go for it, especially after Chase figures out that he’s human, and fires him from Fillmore-Graves. Again, this is all a little abrupt, especially since there was no buildup to Major wanting to leave Seattle, and that meant that it was pretty obvious that this wouldn’t stick in the end.

Sure enough, Harley, who is defrosted by some of his idiot conspiracy theorist buddies, crashes the Fillmore-Graves zombie party (how did he figure out where that was mere moments after stumbling out of a freezer, exactly?), and blows himself up in the middle of it! Justin thankfully took Major outside before the explosion, and Chase was off sleeping with Liv, but it appears that most of the other Fillmore-Graves folks are now dead, and that includes Natalie. Natalie’s death felt pretty rushed too, if she is indeed gone now, as if the show just wanted to be rid of her, to completely shut the door on Major’s lingering efforts to find her and run away with her. 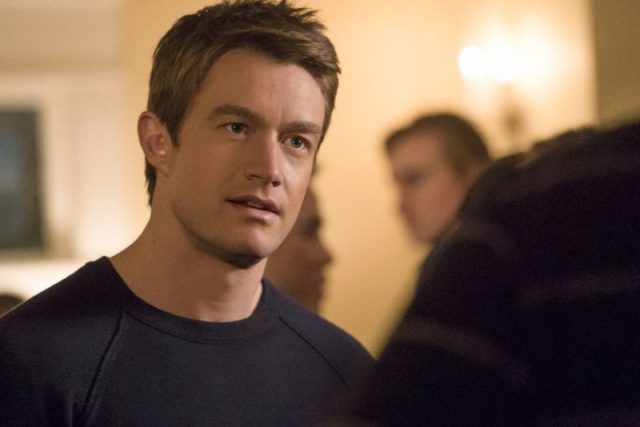 “Looking for Mr. Goodbrain, Part 1” at least did a great job of setting the stage for next week’s season finale, even if that meant that it had to rush and compromise a couple of story elements. The lead-up to Chase being involved with Katty’s murder was pretty great, and the subtle, surprising drama behind Liv’s latest brain was also executed very well too, even if the Ravi humour was disappointingly downplayed. Peyton being offered a Chief of Staff position for Mayor Baracus is also fairly promising, even if that was hastily tossed into a very busy episode, one where Blaine, Don E. and the Scratching Post didn’t even show up at all, in fact. Now that Liv knows Chase’s dark secret, and Babineaux seems to have also turned up a big lead in the Tuttle-Reid murders however, they’ll have their work cut out for them, as Baracus declares a state of emergency in Seattle in the wake of the flu story. Looks like Discovery Day has arrived. I hope Seattle is prepared for it!