Yet again, the thoroughly sublime seventh season of Game of Thrones is continuing to find new and exciting ways to top the preceding episode with each passing week. “The Spoils of War” represents yet another spectacular new high point for the current season, boiling the story progression down to the lead parties that are currently pushing forward the lingering conflicts of Westeros, namely the Starks, the Lannisters, and of course, Daenerys.

There were tons of fantastic character moments in this episode, but there were none quite so satisfying as when we see that Arya has indeed pressed on with her efforts to return to Winterfell. There was some suspicion that Arya’s brief reunion with her Direwolf may have made her reconsider her return to her family, but fortunately, the Stark reunions continued to proceed as scheduled. Obviously, Jon wasn’t available to reunite with his little sister, but the emotional reunion between Arya and Sansa was superb. Also superb was a particularly exciting training duel between Arya and Brienne, which nicely highlights just how skilled Arya truly is now, seeing as she can easily keep up with Brienne, an opponent that’s twice her size! The fact that Sansa’s guards didn’t recognize Arya upon her entrance to Winterfell was also an effectively subtle way to indicate exactly how much Arya has grown up since she last set foot in her home, as well as providing more surprisingly amusing humour for a show that’s normally pretty dark and heavy. 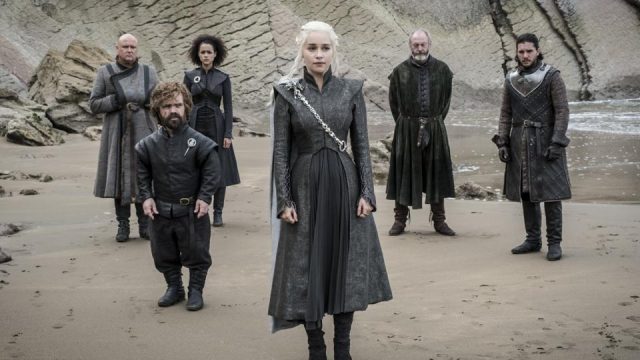 Speaking of dark and heavy, the doom and gloom still continued to flow pretty freely from Bran this week, who has completely given himself over to becoming the Three-Eyed Raven at this point. We’ve had some buildup to how Bran is being affected by his new divine station, but it reached a new height here, as Bran gives a thankless farewell to Meera, and doesn’t seem that interested in the fact that Arya has returned to Winterfell. Bran also shared another great callback scene with Littlefinger, referencing both the failed assassination attempt on Bran from way back at the start of this series, as well as Littlefinger’s not-so-subtle killing of Ros by essentially handing her over to Joffrey’s whims back in Season Three. Bran directly quoting Littlefinger’s claim around that incident, namely that, “Chaos is a ladder”, proved especially telling, seemingly indicating that Bran’s Three-Eyed Raven abilities make him completely aware of Littlefinger’s true agenda, which could be why Bran also handed the Valyrian Steel dagger that Littlefinger gives him off to Arya. I suppose that Bran is correct when he says it’s wasted on a cripple though, in any case.

Meanwhile, on the Lannister end, we got another meeting between Cersei and Tycho, with Cersei assuring Tycho that the crown’s debts will be repaid in short order, now that Jaime has raided Highgarden. We didn’t get to spend much time with Cersei this week, as she only appeared in this one scene, but that’s fair enough, since Jaime nonetheless made up for that, especially when we got to see Bronn again for the first time this season! It was particularly amusing to see Bronn continue to pester Jaime about being promised a castle, and I have to admit, I’ve very much missed the rapport shared between these characters. Speaking of rapport, Jaime also showed another glimmer of potential redemption in the future, as he allows the deposed Highgarden soldiers time to flee from the territory, rather than simply slaughter them, saying that they, “Fought well.” Jaime has done a lot of bad things, and has had more than his share of questionable moments from all the way back to the start of this series, but you really can’t fault the man’s sense of honour, can you? 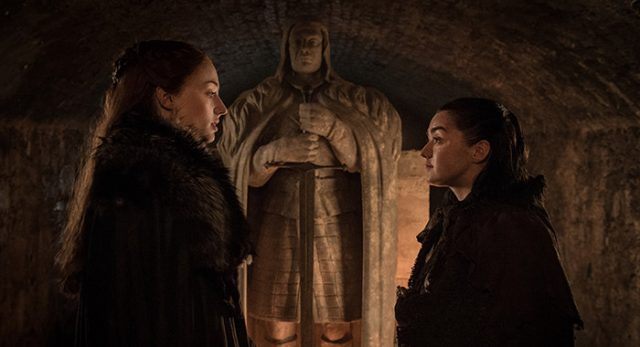 Jon and Ser Davos continue to plot their next move at Dragonstone as well, with Jon even finding pretty solid proof of the existence of the White Walkers within the Dragonglass mine. Daenerys is finally won over to Jon’s side after seeing the drawings of the undead within, showing how the Children of the Forest battled against them in the past, though as a condition, she nonetheless demands that Jon still bend the knee to her future leadership. Even as many fans predict that these two will inevitably end up in alliance, and possibly even marriage, with each other, it’s cool to see the show continuing to tease that prospect just a little bit more, as Jon weighs the demands of his own people, along with the question over whether Daenerys really is an improvement over the existing regime. Davos was certainly a lot more light-hearted however, cheekily remarking that Jon has noticed Daenerys’ beauty, but for now, their potential romance remains purely theoretical.

Not so theoretical however is Daenerys becoming more restless at her series of defeats, with the news of Euron’s attacks on the Unsullied, and Grey Worm’s stranding at Casterly Rock, now getting back to her. Jon manages to talk Daenerys down from attacking King’s Landing, correctly pointing out that she’s no better than her father, among other tyrant rulers, if she does that, but Daenerys nonetheless saddles up with Drogon and rides for Jaime’s position on the Roseroad, with a massive Dothraki army at her front. This sets the stage for yet another amazing large-scale battle sequence, something that provides a consistently riveting and destructive climax for the episode, as Drogon’s flames lay waste to the Lannister forces in all sorts of brutal ways, while the Dothraki also slaughter most of their soldiers pretty quickly. Bronn nearly buys the farm during the chaos too, but he does manage to wound Drogon with the ballista that Qyburn devised, even if Daenerys is merely brought to the ground at this point, rather than actually hurt or killed. 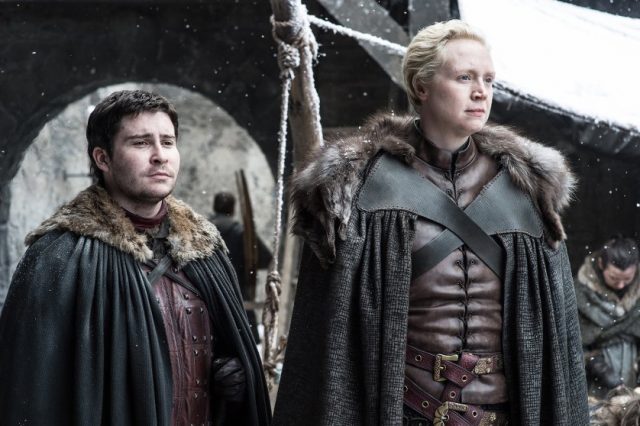 Tyrion bearing witness to the battle was one of this episode’s most powerful moments of all too, as he is forced to watch the slaughter of his former kinsmen in the name of Daenerys’ new world order. Tyrion even wishing that Jaime would flee, only to have Jaime charge at Drogon head on (Tyrion is right when he says that this is a pretty stupid move, but I suppose that Jaime isn’t thinking clearly right now), was a heartfelt way to indicate that Tyrion still cares for his family, despite everything they’ve done to him. Still, Tyrion is ultimately helpless to stop Jaime from being incinerated, before Bronn pushes Jaime into the nearby river just in time, only to have Jaime sink under the weight of his armour as the episode ends. This is obviously not the end of Jaime, since the show wouldn’t save him from dragon fire just to drown him in a river mere seconds later, but this was still a pretty solid way to cement Jaime’s defeat at the hands of his own hubris, as the tables turn on the Lannisters once again, despite their otherwise clear recent victories.

“The Spoils of War” continues to elevate Season Seven of Game of Thrones to yet another outstanding new level, perfectly balancing excellent character moments with intense combat. Our latest Stark reunion proved highly satisfying, as did Daenerys finally laying some massive hurt on the Lannister army. As usual, the show’s callbacks to its earlier history are also well-chosen and always hit with maximum drama, while some of the light-hearted moments with Jon and Davos, and Arya and Brienne, among others, helped to complement them by making sure that this episode’s entertainment value stayed consistently high. I don’t know how Game of Thrones could possibly keep getting better next week, but I can certainly tell you that I definitely can’t wait to see how it keeps this masterful storytelling going in the following episode!

Game of Thrones 7.4: "The Spoils of War" Review
Game of Thrones' seventh season continues to get even better this week, as Arya returns home to Winterfell, and Daenerys takes the fight directly to Jaime's forces.
THE GOOD STUFF
2017-08-07
98%Overall Score
Reader Rating: (0 Votes)
0%