NOTE: Spoilers from throughout the second season of, “Preacher” are present in this review

Preacher leaned much more closely into the sensibilities of its Vertigo source comics throughout its sophomore season, resulting in Season Two being more insane and memorable, if also more uneven. With the show expanding to a 13-episode order for Season Two, Preacher was all about going bigger and bolder this year, with AMC’s cult series managing to deliver some standout character arcs and storylines, even if not every new idea went off without a hitch.

With Annville and all of its citizens now obliterated in the wake of Season One’s events, Jesse, Tulip and Cassidy take to the road to try and find the missing God, which takes them to a couple of early destinations in the first couple of episodes for the season. This mostly serves as an excuse to wrap up the Fiore story arc, while also leading into the lead crew’s proper stop in New Orleans, which is where most of Preacher’s second season unfolds. Apparently, God loves jazz, and with that being the only clue to His location, the three protagonists settle in with Cassidy’s dying elderly son, Denis, who wants to become a vampire to escape his fate.

Immediately, this presents a lot of possibility, and Cassidy’s storyline in particular proved very strong throughout the season. Watching Denis’ scorn for his father turn into delight when Cassidy finally turns him, before Denis gradually becomes consumed by dark urges, was very effectively emotional and tragic, as Cassidy’s last proper family connection starts to slip away from him, no matter how hard he tries to cultivate it. This culminated perfectly in Cassidy having to lock Denis outside to burn alive in the sun during the season finale, as a heart-wrenching way to both undo his mistake, while also saving Denis from himself. As much as Preacher tried to up the stakes with Jesse most of all this season, it felt like Cassidy was the season’s true star, even as Jesse and Tulip got complex new story arcs in their own right.

As much as Jesse’s and Tulip’s storylines grew in scale however, they also tended to be more mixed in quality. In hindsight, 13 episodes for Season Two of Preacher was probably too much, since it led to several obvious filler episodes that felt too drawn-out and inconsequential. Tulip in particular suffered during the first half of the season, as we learned of a surprising twist from her past, namely that she was married to a powerful crime boss, which never felt like it carried any lasting weight. Jesse’s God investigation also felt like it often had him needlessly chasing his tail for far too long, creating a sense of wasting time rather than building drama, even if a few episodes did manage to provide some interesting twists and angles to where God may be hiding. 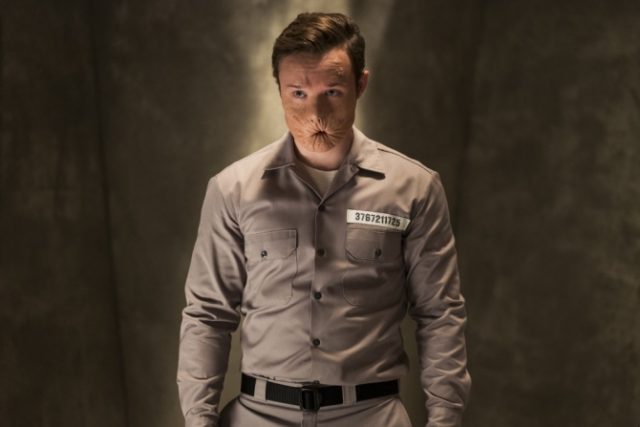 The character that definitely suffered the most this season however is Eugene, who spent the entire season languishing in Hell, and striking up an unlikely friendship with a fictionalized Adolf Hitler. The show’s depiction of Hell was initially interesting, as it presents a literal prison of psychological torture, where prisoners are forced to re-live their most painful memories, but it felt like Preacher couldn’t find a truly creative or engaging way to elevate Eugene’s character with this. By the end of the season, Eugene feels like the exact same person that he was when Jesse first accidentally dropped him into Hell in Season One, so fans of the source comics that are hoping to see Eugene’s twisted transformation into Arseface are really going to be kept wanting at this point in the show. They’d probably be kept wanting anyway, since there’s no way that AMC’s censors would allow the Arseface origin story to be presented as it was in the comics within this television adaptation of Preacher, but surely, Eugene’s storyline could have moved somewhere this season, rather than just feeling like a guided tour of Hell that didn’t seem to develop anyone’s character in any meaningful way.

As for the antagonists of the season, we had a highlight villain in the Grail, a clandestine holy organization charged with guarding the secret of Jesus’ descendants into the modern era. The Grail perfectly balanced a sense of humour with a sense of genuine menace, and a lot of this was due to Pip Torrens’ fantastic performance as Herr Starr, the Grail’s infamously perverted and murderous leader. Starr is one of the most sinister and memorable villains in the history of graphic novels, so Preacher really had to get him right, and fortunately, it delivered on every front there. Starr’s main henchmen, Featherstone and Hoover, were also pretty well done, even if Hoover was largely comic relief, while Featherstone was the enforcer actually getting things done. Julie Ann Emery delivered another highlight performance this season as Featherstone, especially when she poses as a mousy neighbour named Jenny who befriends Tulip, which single-handedly improved Tulip’s storylines considerably later in the season. This also led to the shocking twist of Featherstone shooting Tulip dead in the season finale, beautifully leading into a potential third season for Preacher, where Jesse and Cassidy must seek the aid of Jesse’s villainous grandmother to try and return Tulip to life.

The other major villain of the season was the Saint of Killers, and even more than the Grail, it felt like the Saint was Jesse’s primary obstacle this season, even if just spiritually at times. The Saint certainly started out cool, brutally murdering anyone in his path as he tries to carry out his divine mission to assassinate Jesse, but unfortunately, the show eventually seemed to run out of tricks for the Saint, whose best development already seemed to be explored last season. In the end, the Saint simply gets escorted back to Hell as unceremoniously as he was brought out of it, with little accomplished beyond being another time-waster for Jesse. Given the Saint’s extensive history in the source comics, it’s unlikely that this is the last we’ve seen of him in the television adaptation of Preacher, once it gets renewed for new seasons, but beyond being a simple-minded boogeyman, he didn’t really accomplish that much beyond some admittedly standout action scenes as of this past season.

Preacher seemed to take one step back for every two steps forward this season, but the show should still be commended for stretching and re-inventing itself so noticeably in Season Two. The first season feels like a distant memory, now that the necessary establishment is out of the way, and Preacher can finally start digging into the true depths of its comic book-inspired insanity. That said, the show is also starting to feel at least a bit hamstrung by having to abide by AMC’s censorship limitations, with fans of the source comics probably wishing more than ever at this point that the series was instead hosted on HBO or Netflix, where it could be more uncompromisingly violent and crass, but oh well. The fact remains that Preacher is evolving, and constantly pushing itself to explore new creative frontiers, which still places it well above your average televised comic book adaptation. Not every storyline felt rewarding, and not every attempt to grow was successful, but when Preacher hit the target this season, it did it beautifully, making some of those obvious filler episodes and lesser plots a lot easier to forgive in the end.