A solid Metroid experience is a long time coming. While fans eagerly await Metroid Prime 4, that game is likely many moons away, and Nintendo is placating its fans by offering a remake of Samus’s second adventure (then subtitled Return of Samus) from the Game Boy era.

While Nintendo surely understands that a 3DS game is not akin to a full-fledged sequel in an otherwise huge series, Metroid: Samus Returns brings classic Metroid gameplay to their platform with an experience that can be easily upwards of ten hours for those looking to maximize their loot and find every hidden corridor.

It is easy to forget that Nintendo’s 3DS has a slider for, well, 3D. The vast majority of games—perhaps with the exception of Super Mario 3D Land and A Link Between Worlds—just don’t take advantage of the three-dimensional effect as anything more than a little gimmick. 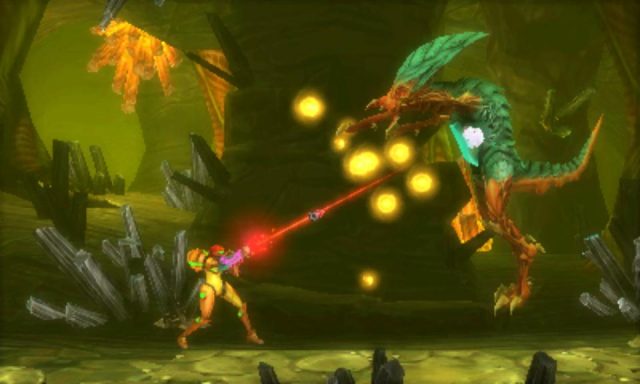 Enter Metroid: Samus Returns. Ironically, this game is a recreation based on a game that was made up entirely of two-dimensional sprites, yet it may be one of the best examples of 3D on the handheld. It adds to the experience, adding to the ambiance of what is still otherwise a very bright and colourful world. Which is saying something since virtually the entire game takes place in a subterranean network of corridors and claustrophobia-inducing tight spaces.

Overall gameplay manages to stay true to the Metroid style such that there’s very little that’s actually new here. Replaying the original Game Boy title, Nintendo managed to stick surprisingly close to Samus Returns’s inspiration. However, the 3DS version does distinguish itself in some small ways. The titular heroine does have some new moves, including a series of weapon upgrades as well as a more patience-testing timed attack, the latter of which will severely slow the pace of battle. Best stick to the big, fast guns on this one.

With 40 Metroids throughout the game, you end up fighting the same bosses multiple times. Dozens of times, in fact, though, to be fair, they grow in size throughout the experience. And while they may be the same structure overall, they absolutely become more and more difficult as the game progresses. In fact, bosses get so remarkably difficult at times, the game virtually forces a break on the player.

There are a few other tweaks made to Samus Returns that slide the game’s difficulty in the other direction. For example, a map tool that helps Samus discover nearby rooms almost feels like cheating since the name of the game (in addition to the combat, of course) has always been to explore hidden areas to discover secrets. A bit more tweaking between difficulty and perhaps a hard limit on how many of these ‘map cheats’ can be exploited would have balanced the game tremendously. 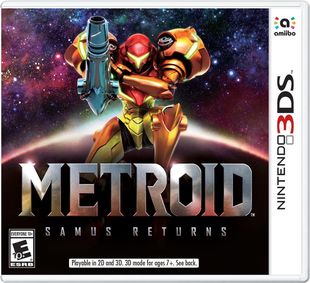