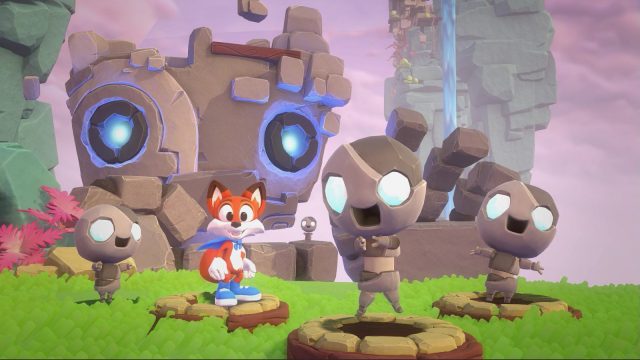 When Microsoft first showed off Super Lucky’s Tale, some apparently mistook it as being a new Conker game. Thus, they became excited, as that’s one series that a large sect of the gaming community has wanted to see return for quite some time.

Alas, that wasn’t the case. The game that was shown, and is now right around the corner as a surprising ‘launch title’ for the upgraded Xbox One X, was actually Super Lucky’s Tale from developer Playful. A sequel, in fact, to the Oculus Rift’s launch title, Lucky’s Tale.

As someone who’s never owned, let alone used an Oculus Rift, I was unaware that the original game existed and had obviously never tried it. Truth be told, it wasn’t until I did some research that I actually discovered its existence. Said sleuthing came about because Super Lucky’s Tale caught my eye and looked like something I’d enjoy. After all, I grew up playing mascot platformers, like Super Mario 64, Banjo-Kazooie and quite a few others.

Now, after having had the chance to play through this fall’s latest 3D platformer, I must admit that it’s not all that it could’ve been. Or everything I wanted it to be. While I didn’t expect a masterpiece, I’d hoped for a good, fun and easy to recommend game that would help satiate my nostalgic appetite. What I got was a mediocre platformer with both laggy controls and a bad camera. Things that shouldn’t still be a problem in the year 2017.

Honestly, if Super Lucky’s Tale was more polished than it is, it could’ve been a genuinely good game. Though, as much as I was rooting for it, I’d be lying if I said that it didn’t underwhelm me and, at times, even bore me.

Super Lucky’s Tale is the story of Lucky, an orange fox with dark tipped ears who sacrifices himself to save his sister from harm. Well, perhaps using the term ‘sacrifices’ is a bit much. Simply put, some evil cats attempt to steal a powerful book, and in the process they get sucked into it, taking Lucky with them. He jumps in the way, in an attempt to block his beloved sister from the book’s pull, and ends up being transported to four unique fantasy lands where the cats have set up shop. Their goal? Well, they want the book and the power it holds.

This acts as the game’s prologue, and you get an achievement for watching it. 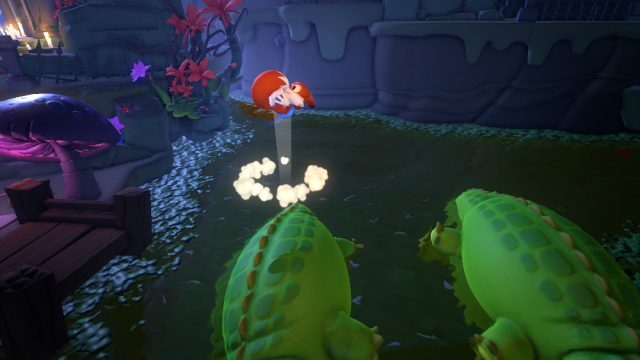 At heart, this is very much your typical three-dimensional platformer, with a handful of two-dimensional levels strewn in to add variety. Nothing about Super Lucky’s Tale stands out, not its basic story or its middling gameplay, which is sometimes sluggish and is often more difficult than it needs to be due to questionable design. For instance, quite a few of the 2D levels have portals that send you into the background, where you must walk on pipes, avoid hazards, jump from platform to platform and/or collect coins. All this without a change in vantage point, meaning that you’ll have to deal with a super small version of the character amidst some platforms and hazards that can be hard to see and make out.

While platforming on a 2D plane, things are slightly reminiscent of Mario, but not nearly as polished or inventive. The 3D gameplay also shares similarities with the plumber’s escapades, but is more about completing tasks than true platforming. Lucky will come across creatures who need his help, and they’ll ask him to complete different tasks, like rounding up several escaped chickens or finding a pool flotation device. His main goal, however, is to fully complete each level in order to earn as many clovers as possible. That’s because, without clovers, you’re nothing.

Each of this game’s main levels (not counting its few ‘runner’ challenges and upwards of fifteen optional puzzles) offers four different clovers. The first, and most basic one, is earned by completing said stage, which means getting to its end and, perhaps, also completing its main objective if it has one. Things like turning off speakers, helping a bluegrass band of worms play a concert and stopping drilling devices from ruining the landscape. The other clovers are then challenge related, tasking the player with collecting all five of the letters in L-U-C-K-Y, getting to a total of 300 coins and completing the stages’ hidden challenge rooms, which usually boil down to carrying a robotic creature’s head around obstacles or collecting a certain amount of coloured coins within a given time limit. 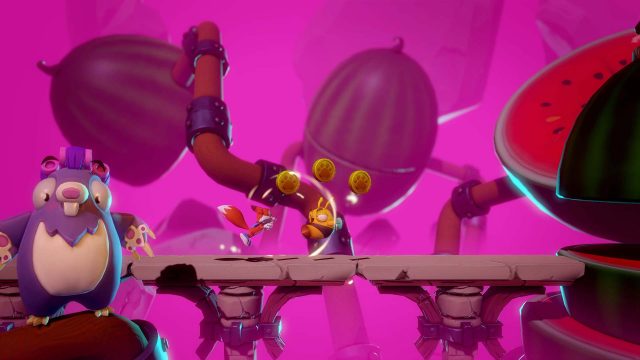 In total, there are 99 clovers to collect, and most of those come the four worlds’ several unique levels. What will turn people off about this is the same thing that made me not want to play Yooka-Laylee anymore (outside of it not being much fun and having horrible boss fights, that is): the requirements for progressing are quite high and tend to demand a lot out of the player.

Those who wish to see the campaign through to its conclusion will need to collect at least 80 of the things, meaning taking one’s time to fully complete a large majority of its levels. The optional puzzles help, as most are pretty easy. The only real exception to this comes in the form of some tilt challenges, where Lucky is turned into a tiny ball and the player must move him around a dangerous board by tilting it with the left joystick. All of the board’s coins must be collected before its exit will open up, and the controls aren’t always perfectly tuned. Most were okay, though; it was just the last one that I really had trouble with, because the controls somehow went from half decent to awful, and the ball became incredibly sluggish.

Unfortunately, sluggish is a word that needs to be used in a review for Super Lucky’s Tale, and not just for that one puzzle stage. Nobody expected Lucky to run, jump or generally move as well as Mario does, but there’s even a bit of lag or simple sluggishness behind some of his movements. You’ll get used to it, but it’s definitely there, and showed up most during the beginning and end of the campaign. Lucky’s moves are pretty limited, though, as he can only run, jump, burrow (to dig up coins or avoid obstacles) and wag his tail to stun enemies or break things. Killing enemies generally requires you to jump on their heads, like the red clothed plumber whose name you might know.

That said, Super Lucky’s Tale isn’t a downright bad game. Mediocre is a better word for it, because while it has some notable issues, there’s definitely some fun to be had, and nothing is outright bad about the thing. Its sluggish gameplay and occasional technical issues definitely don’t help, though, as they make it harder to overlook what is a bit of an also ran platformer. 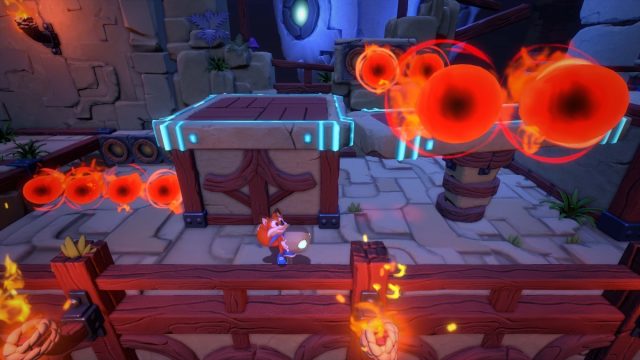 Super Lucky’s Tale is also something that looks to be aimed at a younger audience, what with its cutesy and colourful visuals, and their complementary flat textures, not to mention some Simlish style dialogue and family friendly sounds. Its progression system makes you think otherwise, though, as do some of its difficulty spikes and its somewhat cheap final boss. Thus, this really feels like a game with an identity crisis.

My first hour, or so, was spent playing on an Xbox One S. I then played the rest of the campaign in one several hour-long sitting, using an Xbox One X that we were loaned for review purposes. Even on the advanced hardware that the X possesses, I still noticed some problems with the game, including the aforementioned sluggishness, some visual anomalies and a bit of slowdown. As such, I find it odd that this is releasing alongside the powerful device, as it doesn’t do it justice. I also encountered a couple of strange problems, that being the loss of sound after returning from checking another app, as well as the inability to load the game a couple of times after I’d closed it for that very reason.

With all that having been said, I’m disappointed to have to once again echo that Super Lucky’s Tale is a missed opportunity. There are some good building blocks within its several hour-long campaign, but some sluggish platforming, a strangely restrictive camera, and very familiar level design hold the thing back from being what it could’ve been. Thus, at the end of the day, it’s merely a mediocre platformer that won’t set the world on fire.

**This review is based on the Xbox One exclusive, which we were provided with. We reviewed part of it on an Xbox One S, then played the rest (well most) on an Xbox One X.**