Warning: This review will contain spoilers from the previous two episodes in this series.

The five episode long arc of DONTNOD’s Life is Strange hinted at something between angst-ridden Chloe and missing Rachel Amber, but that was never the focus of the game. That’s different this time around, in Deck Nine’s three episode prequel series, Life is Strange: Before the Storm, as its sights are solely centred upon the two teenage girls. Time manipulation powers are nowhere to be seen, and in their place are good, old-fashioned teenage angst and dialogue that supports that mentality.

With two of its three episodes in the books, Before the Storm is all but completely wrapped up in this third and final segment, Hell is Empty. All that’s left is the bonus episode, which will mark the return of the original game’s voice actors, not to mention Max herself. Of course, it will only be made available to those who’ve purchased the game’s Deluxe Edition, meaning that many will not get to experience its narrative with a controller in hand. 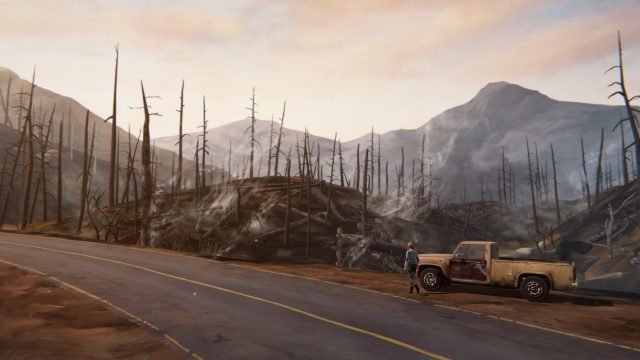 Hell is Empty picks up where the second part left off, with that being Rachel Amber’s turmoil-filled house. With tensions having boiled over, into a scene in which Rachel smashed her family’s glass dining table, what we’re left with is the aftermath. Well, that and an explanation as to who, exactly, the strange woman was. And, of course, that backstory story and its reasoning bring forth more emotions, not to mention lots of frustration.

As a result of the above, Chloe is left in an uncomfortable spot. Her allegiance to Rachel means that she wants what’s best for her girlfriend, but that doesn’t stop Rachel’s father from asking for more than one favour. Thus begins the first major choice of this final episode, which carries throughout the rest of its hour-and-a-half to two hour-long run.

Unsurprisingly, Rachel wants to learn more about the woman in question, and Chloe is the one who ends up stepping up and risking her safety in order to make it happen. This leads to engagements with dangerous drug dealers, time spent at a hospital and visits to two familiar locations, including the junkyard. There, Chloe continues to work on her truck, with hopes of using it to aid her girlfriend’s cause.

Strewn throughout these segments are, as expected, ten more optional graffiti opportunities. They’re not all marker related, however, as sometimes grease and blade come into play.

At the end of the day, this is a challenging experience to review, because while it does many things well, Hell is Empty fails to deliver the epic punch that all of us were hoping for. It works well as an interesting and engaging episode, with only the odd lull and bout of tedium to be found during its junkyard visit, but isn’t the world’s best finale. A lot of this is attributed to the story, which doesn’t reach the same heights as the original game’s did. It’s not bad, though, and doesn’t deserve to be labelled as such. It’s just not as rich, intriguing or memorable as we would’ve hoped, and leaves a major part of Rachel’s biochemistry untold.

That said, I found myself enjoying this episode even though it didn’t conclude as well as I’d hoped. It’s an improvement over the middling second part, for sure, and offers some intriguing moments. It just doesn’t reach the heights that we now expect from Life is Strange, and doesn’t live up to Before the Storm‘s very good opening episode.