Preacher took Jesse out of most of this week’s episode, in favour of focusing heavily on the show’s supporting personalities. This led to a more drama-focused episode that mostly worked very well, as Tulip starts trying to take the fight directly to Gran’ma at Madame Boyd’s suggestion, while Cassidy tries to live away from Tulip in particular, and Jesse too to an extent. It’s Cassidy’s escape in fact that serves as the catalyst to Jesse returning to the old punishment coffin at the bottom of the swamp this week, which has been seen in flashback more than once. Some things never change in Angelville, it seems!

There were still some solid scenes with Jesse in the aptly-titled, “The Coffin” this week, mind you, namely addressing just how Jesse copes with his time in the coffin whenever he ends up being punished by Gran’ma. Apparently, Jesse imagines himself as an Old West cowboy, complete with a sidekick, taking out bad guys. The scene provided one of two effective sources of levity in this week’s Preacher offering, while also serving as a fairly decent metaphor regarding Jesse needing to get his ass in gear and bail Tulip out of trouble. This led to a pretty neat trick with some cigarettes and the breathing tube, which I’d be remiss to spoil, but rest assured that it’s a pretty great escape!

The other source of lighter story material came, surprisingly, from the Grail this week, who were left to shoulder all of the humour outside of Jesse’s daydream. Meeting the morbidly, comically obese Allfather, witnessing the one ‘miracle’ that Humperdoo knows how to perform (apparently, it’s a tap dance number), and seeing Featherstone pitch Herr Starr on capturing Cassidy to lure Jesse back to them (mocking overused TV transition shots whenever someone is meant to say something suspenseful), were all very amusing moments. Even Cassidy’s kidnapping doesn’t go quite as planned, since they over-dope Cassidy when attempting to record a ransom video, leading to Herr Starr having to speak on the video himself in pure exasperation. As much as the Grail and Herr Starr still work well as intimidating villains, it’s equally great when Preacher can make them so hilarious and seemingly inept like this!

Before he ends up in the clutches of the Grail however, Cassidy goes on a botched dating misadventure with a ‘vampire’ girl, whom he tells his tragic history too. The show did a great job at setting Cassidy up for a fall here, since it seems like Cassidy has a chance to start anew at first, only to learn that the woman only pretends to be a vampire as some sort of fetish. This predictably angers Cassidy greatly, and the moment where he bares his real vampire fangs at the woman is very nicely chilling and unsettling. The show ended up throwing another sucker punch here however, since it turns out that Cassidy’s date is part of some sort of vampire-worshipping cult, with said cult successfully beating down Starr, Hoover and Featherstone, and taking Cassidy for themselves. No matter where Cassidy goes, he just always seems to end up in more trouble, doesn’t he? 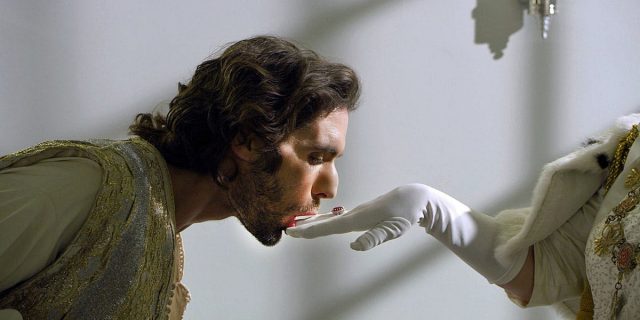 Tulip’s storyline was the only point where the episode sometimes felt like it faltered, due to a few corners that the show once again had to cut to keep the season’s status quo in place. The only noticeably frequent issue with Season Three of Preacher at this point is that it seems like the show has to keep contriving increasingly outlandish reasons to keep Jesse and co. in Gran’ma’s grasp, even with the shortened ten-episode span. Logically, they should have been able to get out of Angelville several times now, with magic seeming to be the only thing truly keeping them there. This does allow the show to make up its own rules to an extent, but Gran’ma’s magic just seems a little too convenient sometimes. Of course, it also doesn’t help that Tulip, for some reason, can’t just put a bullet in Gran’ma’s head when she’s sleeping. Oh, come on, seriously?! Tulip, of all characters, would never realistically hesitate there, especially when Gran’ma has crossed her several times already!

Tulip’s failed assassination attempts also lead to her being captured, again, and having to be supervised by Jody. This has to lead to yet another impractical escape, and one that occurs completely off-screen, which makes it feel even more lame. Where the drama behind Tulip’s efforts against Gran’ma actually did work however was when Tulip finally does just choke her to death (after some rather creepy role-play with T.C., ugh…), which leads to Tulip unexpectedly dropping dead too! Turns out, Madame Boyd betrayed Tulip to an extent, which allows her to kill two birds with one stone, simultaneously getting revenge on both her greatest competition, and Jesse, knowing full well that Tulip would die if Gran’ma is killed. Gran’ma dying will negate all of Gran’ma’s magic, understandably, including the magic that brought Tulip back to life. Gran’ma is revived by Jesse, Jody and T.C. in the end, which does feel like another way to forcibly keep Jesse and Tulip in Angelville, but at least this metaphorical brick wall was a lot easier to tolerate than most of the previous ones.

Once again stuck under the thumb of Gran’ma, Jesse and Tulip seemingly have no choice but to hunt down a new soul for Gran’ma to consume, and that seems to leave everyone in a bad spot for next week’s Preacher episode, including the Grail! This does at the very least give Preacher a good sense of energy and urgency for Season Three’s halfway point though, especially when it appears that we will finally get an update on Eugene and Hitler next week! “The Coffin” nonetheless did a pretty decent job of focusing on the show’s supporting cast, while not completely leaving Jesse out in the cold. The introduction of the vampire-worshiping cult, the Children of Blood, should hopefully provide a more reliable narrative arc for Cassidy in the season’s back half, and I’m hoping that the Grail doesn’t spend too long licking their wounds, since their amusing appearances this season have never failed to entertain! Jesse and Tulip really need to get a serious plan together soon though. Surely, Gran’ma’s magical influence has to have some reasonable limits!

Preacher 3.5: "The Coffin" Review
Preacher shifted focus to most of the supporting cast this week, to mostly strong effect, even if it's getting harder to contrive reasons to keep Jesse and Tulip in Angelville.
THE GOOD STUFF
THE NOT-SO-GOOD STUFF
2018-07-25
81%Overall Score
Reader Rating: (0 Votes)
0%