A while ago, rumours began to circulate about a potential new Xbox One Elite Controller. Codenamed “V2,” it was said to be an upgraded version of the premium accessory. That leak has turned out to be untrue, it seems, because Microsoft hasn’t officially said a word about the thing. Either that, or it was quietly cancelled or delayed. We really don’t know.

What we do know is that Microsoft has revealed a new Xbox One Elite Controller, albeit one that shares the original’s specs. This particular version just happens to be white, which is a nice look if you ask us.

This white Elite Controller will be released on October 16th, and will cost the same as the original model, which had disappeared from store shelves when the aforementioned rumour began to circulate. It’s been said that the original Elite is easier to find now, though, after having ‘returned’ to store shelves.

Alongside this accessory comes word of a white Xbox One X console, which is nicknamed Robot White. Said to be a GameStop exclusive, it’s due to launch on October 15th, and will come bearing a digital download copy of Fallout 76. 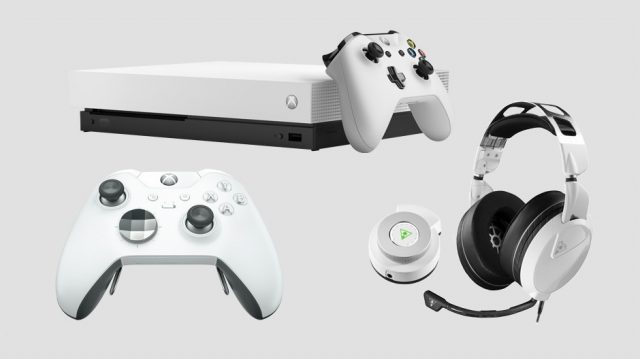