Legends of Tomorrow somehow doesn’t manage to often feel like it’s being constrained by The CW’s paltry budget, but this week’s episode was certainly an example of just that. “Tagumo Attacks!!!” had moments of fun, particularly with it being the only other DC drama episode on The CW to currently acknowledge the American Thanksgiving season this year, alongside Supergirl from the previous day, but even a nicely kooky subplot with Nate’s family and the Time Bureau can’t quite elevate an episode that is serviceable, but too often feels like it falls short of its potential.

As usual, things begin in a seemingly straightforward fashion, with the Waverider pinpointing a new Fugitive, this time in Tokyo, Japan, circa 1951. This is shortly before the first Godzilla movie would be released in 1954, revolutionizing the Japanese film industry while also creating one of the most beloved Japanese monster characters of all time! For now though, original Godzilla director, Ishiro Honda is instead struggling to film other movies in its place, not quite bringing together his inspiration to pioneer the King of the Monsters quite yet. This is a really cool idea, especially considering that the last time the Legends visited Japan, it was much further in the past. Still, the monster effects are pretty unimpressive, even by TV standards, and the monster rarely gets a chance to fully appear in all of its glory, with most of it being realized by a simple tentacle, rather than the full beast. Obviously, this also means it’s never allowed to truly wreak havoc on Tokyo either, and that’s a huge let-down. 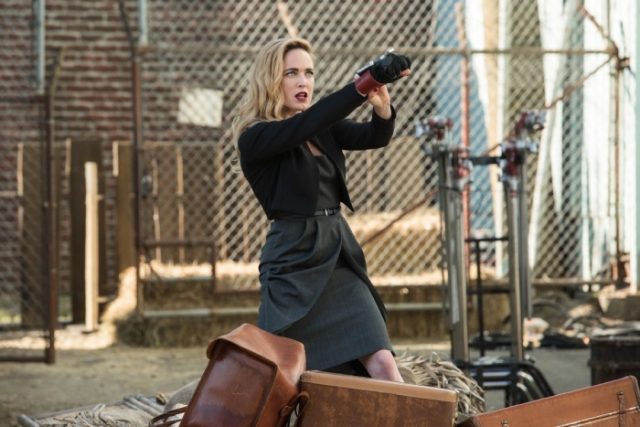 The idea of a Fugitive disguising itself as a Japanese Kaiju monster, specifically a fictional octopus Kaiju named Tagumo, is pretty promising, as is the later twist that Tagumo itself isn’t actually the Fugitive, but is instead a byproduct of the Journal of Brigid, a creatively-powered gift from a Celtic goddess that can bring to life the creations of any artist that it bonds with. Since Honda is still formulating the idea behind what will eventually become Godzilla, he instead imagines a terrifying gigantic octopus that will destroy Tokyo after he finds the magical journal, thus leading to the sudden creation of Tagumo within Tokyo’s bay. Since the journal dooms the story to play out uninterrupted, the only way to stop Tagumo is to enlist the help of another artist, something that the Legends don’t have among their ranks… Or do they?!

Yes, you can probably see where this is going. Mick is a writer, but has been keeping this secret from the team, with only Zari being aware of Mick’s secret passion. Sara and Charlie are forced to try and distract Tagumo so they can shrink it down, but even this ultimately fails to stop it, with Zari then having to motivate Mick to come out and admit his love of writing. This is the main point in the core storyline that actually did work perfectly in every respect, with Mick eventually swallowing his pride and completing his own story in the journal, which results in a three-breasted purple warrior woman slaying Tagumo and finally destroying it, even at the cost of also destroying Honda’s movie set. This, along with Mick claiming that lizards are better than octopuses, completes Honda’s inspiration to make the original Godzilla movie, which, true to its real-life counterpart, is a way of Honda trying to cope with the trauma of the atomic bomb blasts in Japan during WWII. Mick once again got a very creative opportunity to be the surprise hero this week, just like when he convinced Charlie to play along with the Legends, and seeing the eccentric, ridiculous and vaguely gross charm of Mick’s imagination play out is as funny as it is amusingly disturbing.

The Time Bureau subplot was also fairly decent, like I said, particularly since it gives us another welcome look into the Heywood family dynamic. Ava ends up being roped along with the increasingly difficult and mentally draining Heywood Thanksgiving dinner of the year, since Sara is away on Legend business, which helps to provide some more solid comic relief between the scenes in 1951-era Tokyo. Nate ends up having to duck away to help Gary after several captive Fugitives break loose however, which Mona, the food delivery girl that Gary has a crush on (and keeps wiping the memory of), ends up inadvertently caught in the middle of. Nate gets a new perspective on his father constantly being called away after having to deal with the situation, which Mona is actually the one to fix, after she figures out that the escaped Fugitives are merely hungry, not destructive. This leads into a contrived, but amusing excuse to have Mona join the Time Bureau as a, “Creature Handler”, a decision that Hank immediately approves of, and it seems like a happy ending still manages to occur for the Heywood family Thanksgiving in the end, until the episode ends with Hank sneaking off to take a phone call about, “Project Hades.” Hank may be willing to free up whatever funds are necessary to help the Time Bureau do their jobs, but clearly, he has his own agenda, and something tells me it’s not one that would be particularly popular with Jurassic Park protagonists!

The rest of the episode was devoted to Ray finally tracking down Nora. The excuse to bring in Nora in order to heal Constantine, who can’t be conventionally fixed because of his drained life force from last week, is fair enough, but the rest of this re-introduction for Nora felt too hasty and undercooked. Nora has to struggle with tapping back into her shady magical abilities, despite her father sacrificing himself during the final battle with Mallus last season, but she does so anyway with minimal effort and no consequence, leaving Constantine fit as a fiddle again by the end of the episode. Nora also choosing to surrender to the Time Bureau after Ray sets her free again feels pretty rushed and unsatisfying as well, clearly suffering from the fact that the season dragged its feet a bit when it came to bringing Nora back to the show. Maybe Nora’s repentance can lead to her becoming a Legend, or even just a magical aid at the Time Bureau, but for now, the show hasn’t done all that much to justify bringing Nora back, beyond a contrived excuse to fix up Constantine, which barely took any real effort anyway. 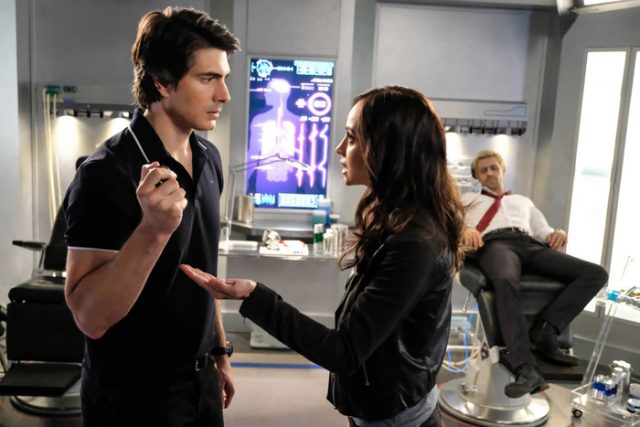 Even during its low points, “Tagumo Attacks!!!” still remains a pretty entertaining episode of Legends of Tomorrow, but it definitely could have been more than what it ultimately is. The whole Kaiju angle just feels too ambitious for a CW television series, leading to too many hampered effects and set pieces during most of the core storyline in 1950’s Tokyo. Likewise, the show just feels too workmanlike and apathetic about how Nora ultimately reforms and becomes part of the lead ensemble, with the entire question over Constantine’s fate ultimately feeling entirely pointless, and like it’s just an excuse to undo Ray’s controversial decision from last season. Events with Nate’s family and the Time Bureau are still being realized pretty well though, especially the idea that Hank isn’t a completely true ally to the Time Bureau, and is actually conspiring in the background to seemingly control and weaponize the Fugitives for the U.S. government. This could just as easily be laying the foundation for Season Four’s true overall threat just as much as the demonic force after Constantine likely is, but either way, hopefully the next challenge to the Legends is a little more budget-friendly, so we can properly take in the creativity and fun behind the team’s latest mess.