Finally, this tedious hunt for Thomas Snow comes to an end on this week’s episode of The Flash. Unfortunately, this also comes at the cost of an episode that leans particularly heavily into the increasingly ineffective Thomas Snow arc this week, which ultimately just creates an inevitable excuse to bring back Caitlin’s alter-ego, just in time to introduce another major recurring villain to the show. “The Icicle Cometh” quite aptly brings Icicle, one of the most powerful and dangerous ice-themed villains in the DC Universe, into the Arrowverse this week, and that’s about the main draw of it. Everything else just feels like filler.

It’s quite clear that the show frustratingly didn’t have anything meaningful to do this week beyond introduce Icicle, and finally resolve whatever is holding back Caitlin’s Killer Frost side, which she hasn’t been able to tap into since the latter reaches of the battle against The Thinker from last season. Turns out that Team Flash was simply looking at the problem the wrong way the whole time too. Apparently, rather than use Melting Point’s powers to suppress Killer Frost from Caitlin, as initially believed, DeVoe had actually used Brainstorm’s powers to create a mental block in Caitlin’s mind, which prevented her from tapping into the part of her brain that Killer Frost normally hides within while her main Caitlin Snow personality is active. Seriously? No one ever considered that? 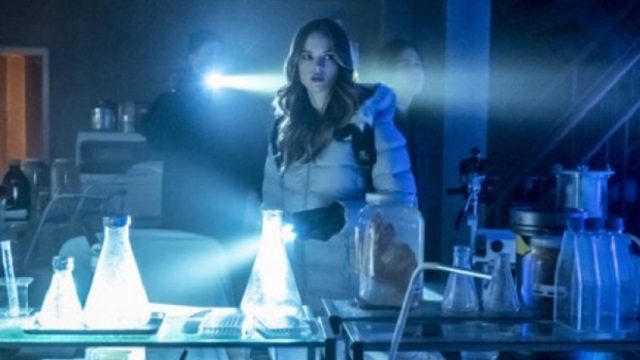 This is one of the key reasons why this particular episode of The Flash frequently fell flat on its face this week; The story seems to be entirely pushed forward by the lead characters unrealistically acting like morons, rather than actually using their heads and anticipating what’s going to happen. To the viewers, the twists behind the episode are insultingly obvious, including that Caitlin’s father is obviously not going to be on the level in the end. The guy is suspicious right from the very beginning, with Cisco quickly pointing out that his backstory of being sealed in a Tannhauser black site in the North Pole is obviously full of holes. Barry tries to counter this argument by saying that Nora turned out to be just fine, despite her story also being full of holes, but if you have even a casual knowledge of ice-themed DC villains, then you’ll see the big Thomas Snow ‘twist’ coming from a mile away. Hell, even if you aren’t familiar with the pantheon of icy baddies from DC lore, the show tips its hand with Thomas way too much regardless.

So, in case it’s not already obvious, Thomas Snow is the Arrowverse’s version of Icicle, with Icicle being Thomas’ own Killer Frost alter-ego. Icicle was trying to get Caitlin’s attention the whole time because he needed Caitlin’s cells to develop a serum that would permanently suppress the Thomas Snow personality. This touches upon some interesting ideas, such as Cisco having to question Caitlin right when she gets her father back, and Barry relating his experiences with Nora to try and vouch for ‘Thomas’, but none of it has the proper development in the end. Even the climax, when Icicle does inevitably reveal himself, is a complete dud, since the characters are stupid enough to just breach themselves into a -400-degree chamber, which obviously disables everyone except for Caitlin. Again, why did no one see that coming?! This was clearly a contrivance that was meant to force Caitlin, the only one immune to the extreme cold, to turn into Killer Frost and drive away Icicle so that she could save her friends. Yay, Killer Frost is back!… I guess. Too bad her grand re-entrance was so lame, on account of everyone on Team Flash being uncharacteristically stupid in how they approached Icicle this week. Sure, Cisco was at least using his head with the whole Thomas Snow discovery, but Cisco was still dumb enough to jump into virtually absolute zero conditions alongside everyone else, so he doesn’t totally get a pass either! 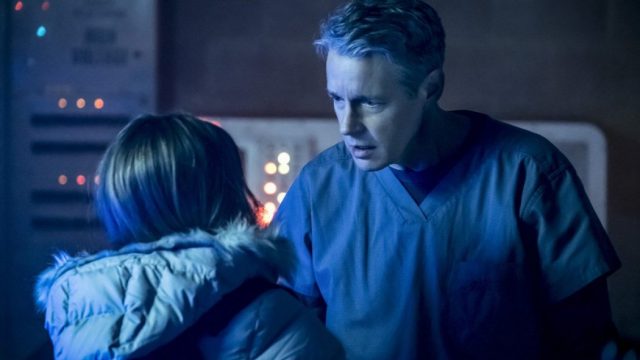 Fortunately, the episode’s subplots fared a bit better, especially since this provided another welcome opportunity to explore the strained relationship between Nora and Iris, while also furthering the hunt for Cicada with Sherloque. Ralph is the only one that splinters off from the main subplot team of Iris, Nora and Sherloque, since he decides to instead team up with Cecile, so that they can get information from FEMA about people that were treated for injuries after The Enlightenment. Ralph and Cecile predictably run into resistance when Cecile’s ‘intimidation’ tactics fail to work, but similar to the Killer Frost re-emergence, this is merely done to set up that Cecile is now sensitive to other people’s feelings, due to her new empathic abilities, which was somehow never considered by anyone, again. This realization allows her to get valuable intel about Cicada’s daughter though, seemingly bringing Team Flash very close to Cicada’s true identity. All in all, the Ralph/Cecile subplot was pretty disposable, but it was at least entertaining, especially considering that the unexpected Ralph/Cecile pairing turned out to be a surprisingly successful experiment.

Nora and Iris meanwhile didn’t really see any meaningful new mother/daughter development this week, but they did at least get a chance to continue fleshing out just how dangerous a threat the new Cicada is going to become for Central City. Apparently, Cicada got hit by the brunt of the destroyed satellite’s power core during The Enlightenment, which explains how he’s able to harness metahuman energy, and essentially make himself unstoppable. Even more intriguing is that Cicada is outright refusing medical treatment from the doctor that’s looking after his daughter as well, declaring that his injuries sustained while fighting and killing metahumans somehow make him stronger. I’m not quite sure how this works, but at least Cicada is still proving to be an imposing and intriguing villain. As long as the show keeps proper pacing with developing and eventually unleashing Cicada properly, I can see him matching Reverse-Flash and Zoom as another of The Flash’s strongest over-arching villains for any given season. 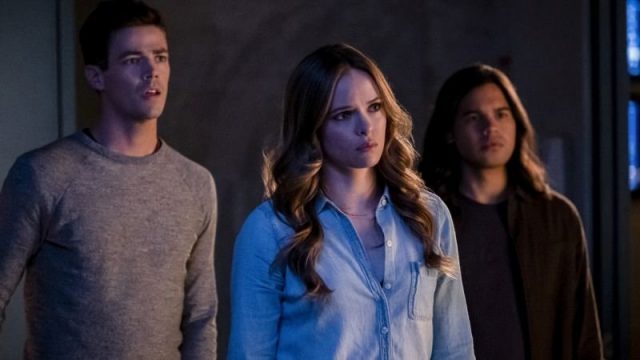 Even if Cicada is still coming together pretty well however, The Flash’s all-new villain addition ended up disappointing in his first appearance, since he was stuck in such a weakly-written, contrived episode. This isn’t to say that Icicle doesn’t have potential as a recurring villain on this show, but he really needs a much better storyline to truly stand out, even if he did thankfully allow Killer Frost to make her long-awaited return. “The Icicle Cometh” sadly doesn’t manage to get The Flash back on track after it similarly sputtered with last week’s offering, one that also took a beloved villain from DC Comics lore and somehow under-utilized them. It seems like Icicle is going to become a persistent foe of Team Flash alongside Cicada during this season, considering all of the buildup that he’s gotten over the past several episodes, and making a foe that can really bring out the worst in Caitlin’s Killer Frost side is something that certainly seems like a solid idea. Like I said though, the fact that Icicle is a great DC villain, one that has seen all sorts of awesome turns throughout all sorts of DC media, doesn’t really matter when he’s let down by a weak script. Maybe a sizable break from Thomas Snow is what we need, frankly, because so far, he really seems to just be a bad luck charm for The Flash at this point.

The Flash 5.6: "The Icicle Cometh" Review
Caitlin finally rediscovers her father on another frustrating episode of The Flash this week, one that is at least elevated slightly by some decent Cicada-focused subplots.
THE GOOD STUFF
THE NOT-SO-GOOD STUFF
2018-11-25
63%Overall Score
Reader Rating: (0 Votes)
0%