Warning: This review will contain spoilers from the last two episodes of The City That Never Sleeps, those being The Heist and Turf Wars.

When we hung out with Peter Parker and his arachnid of an alter ego last, we did so in an attempt to stop Hammerhead from murdering New York’s mafia dons with lots and lots of concrete. What followed was a challenging battle against the metal headed arsehole himself, which was thought to have ended the jerk’s reign. However, as we all now know, that didn’t end up being the case.

Enter Silver Lining, the third and presumed final story add-on for Marvel’s Spider-Man, which continues the tale of The City That Never Sleeps.

Silver Lining picks up after the last part ended, and concludes Hammerhead’s story in visceral fashion. It does so with more of the same structured gameplay that we’ve become used to. That is, several story missions, a side mission, some Screwball challenges and a helping of souped up hideouts to fight waves of enemies in. This time around, though, the stakes are higher and the enemies are even more powerful. 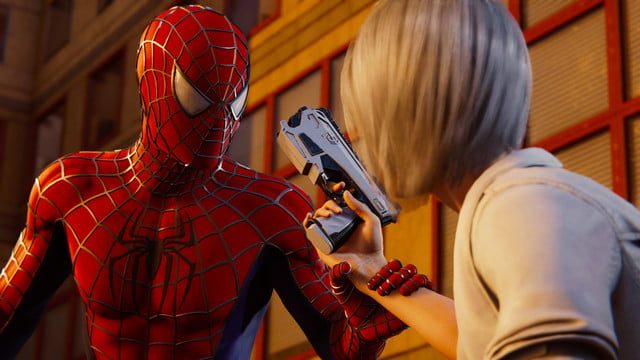 As those who’ve been playing along will know, Hammerhead has gotten his hands on some very powerful Sable equipment; specifically a special project that has changed him into more of a powerful robot than a hard headed mafia man. This change has rippled through the crime boss’ ranks, bestowing some of his employees with some rather special suits and related abilities. Simply put, you’ll now find yourself swinging, webbing, punching and kicking foes with heavy armor and jet packs, which give them an obvious advantage. Thus, like Turf Wars, the combat is challenging and sometimes cheap, forcing players to keep their wits about them and never get too greedy for that next attack. Leaving oneself vulnerable often leads to the loss of a lot of health.

The missions, themselves, are pretty action-packed and there continues to be a good dose of combat. This time around, Spidey also teams up with an unexpected ally and that leads to a pretty epic chase mission involving a souped up plane. Not only that, but also a pretty memorable and enjoyable final boss battle against a special someone.

Once again, though, this is a story add-on that won’t last you all that long. Like the two before it, Silver Lining is maybe an hour and a half to two hours long, unless you take the extra time to complete the bonus content. By that, I mean the Screwball challenges, which lead to an eventual confrontation with the Internet celebrity, as well as a side mission involving Yuri that forces players to swing throughout the city in search of points indicated on the map. There, one will find police files and audio recordings relating to a specific mob henchman and his visits to the psychologist. 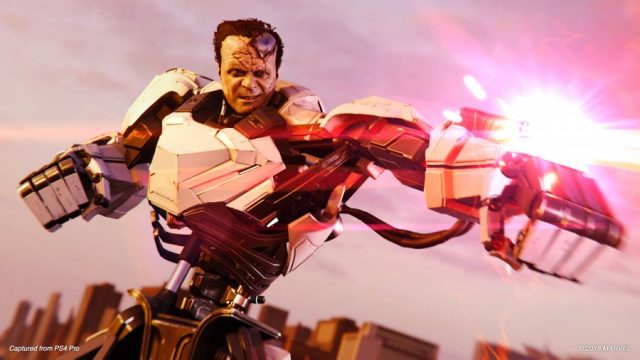 The other piece of bonus content found within Silver Lining pertains to the more souped up enemy hideouts that one can take out for base tokens. These are more challenging variations of what was present in the main game, as well as the two previous pieces of DLC. I say that because the enemies are more powerful, and happen to be ‘souped up’ with stolen Sable equipment.

It won’t take you too, too long to get to the end of this narrative, though. That said, it’s a fun ride while it lasts, and is certainly an upgrade on Turf Wars.

Of course, as is always the case, Silver Lining offers some unlockable suits for Spider-Man, and they’re pretty neat. You’ll have to fully complete this add-on in order to unlock them all, though, so it’ll take some time before you’ll be able to don each and every one. Marvel’s Spider-Man has also recently been bolstered by the inclusion of Sam Raimi’s suit, which appeared in his trilogy of films from the early 2000s, so there’s that to look forward to as well. 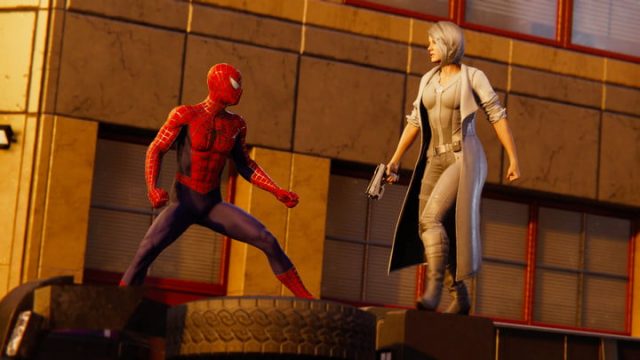 Once again, the presentation is impressive and the performance is rock solid. Like the rest of the game, this DLC is an absolute looker that will make folks’ jaws drop, especially those of folks who’ve never seen this thing in action before. The set pieces are also pretty big, as are the stakes, providing an interesting finale.

If this truly is it for Marvel’s Spider-Man, it’s had a good run.

**This review is based on the PlayStation 4 exclusive, which we were provided with. We reviewed it using a PS4 Pro.**

Marvel's Spider-Man: Silver Lining DLC Review
Silver Lining provides a solid and entertaining, albeit challenging, conclusion to Marvel's Spider-Man's The City That Never Sleeps. If you're a fan of the game, you'll want to check out all three of its pieces of DLC, not just this one. None are as good as the main game, but there's still lots of fun to be had and this could be the best of them all.
Visuals93%
Audio91%
Gameplay79%
Storyline76%
The Good Stuff
The Not-So-Good Stuff
2018-12-23
79%Overall Score
Reader Rating: (0 Votes)
0%