The Gifted didn’t offer too much action in its latest episode, but the rising story momentum is still apparent, as the Inner Circle’s planned attack continues to move forward, seemingly unabated. More than that however, “teMpted” also spotlighted some tense new psychological dimensions to a few established characters, namely through exploring Erg’s distrust of humans, while Lauren finds herself seduced by the siren call of the Fenris music box. This drama largely comes as a result of Glow being injured during a routine supply run for the Morlocks, leaving Caitlin and Marcos as her only hope for survival.

As much as it seems a little narratively convenient, the idea of Glow having difficult blood that doesn’t clot properly, on account of its glowing properties, is an interesting idea through which to explore how the Morlocks’ way of living isn’t quite perfect (the sewers definitely aren’t the most sanitized medical environment to begin with!), and that Erg will eventually need to rely on outside help to keep his community protected. Erg being more or less willing to sacrifice Glow to keep the Morlocks a secret is certainly eyebrow-raising, even after another cold open flashback reveals that the, “Human traitor” Erg mentioned in reference to his Mutant Underground days was actually his former lover, Pamela. Ouch. Nonetheless, the idea of forcing Erg to rely on Caitlin is a great way to challenge his character, while continuing to spotlight just how tough and resourceful Caitlin has now become since the series started. 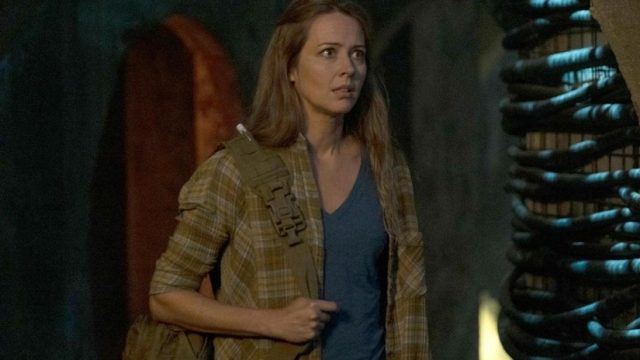 Clarice, or Blink, as she’s now directly being called (The Gifted seems like it’s going to greater lengths to reference several of its leads’ Marvel Comics monikers lately), being the device through which Caitlin and Marcos come to the sewers works well, with John instead being relegated to assisting with the Lauren/Reed subplot. Letting the shattered relationship between John and Clarice fester a while longer turned out to be a smart decision, since probing it directly would have been distracting in an episode that was definitely centered more heavily around Caitlin, Lauren and Marcos. Caitlin inevitably comes through in the end as well, after suggesting that she, Erg and Clarice go to the trashed mutant clinic to find a clotting agent, causing a brief run-in with Purifiers. How and why Purifiers are hanging out at an abandoned clinic, I have no idea, and that was one of the only elements of this episode that felt a little contrived, honestly. Hell, the random jokers that shot Glow in the first place felt a little contrived too, but hey, I suppose we needed some way to get that storyline started.

With Caitlin earning her place among Erg and the Morlocks after saving Glow’s life, Marcos balances continually donating his own glowing blood to buy Glow more time while Caitlin is putting together the clotting agent, while also dealing with Lorna enacting a risky plan to break into Max’s room, in a desperate bid to discover what Reeva’s attack plan might be. Lorna’s no espionage expert, so it’s not long before Max realizes that someone has been tampering with his stuff, leading to increasing suspicion that Lorna has to try and deflect. Lorna having to amp up her treachery against the Inner Circle in this episode made for some welcome tension, especially when it culminates in a truly shocking ending to the episode, once Marcos decides to intimidate Max into staying out of Lorna’s way. This doesn’t go as planned, naturally, when Max shoots Marcos with a hidden gun (good thing Caitlin just put together that glowing blood solution!), forcing Marcos to kill him, with Max’s vehicle very publicly exploding behind Marcos in the final seconds of the episode! Well, that will definitely wake the neighbours! Does this mean that Marcos is exposed now?? 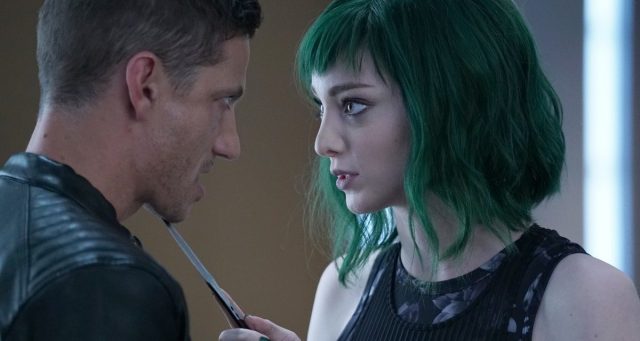 Over in this episode’s other major storyline, the combination of Andreas Von Strucker’s music box, and the mental intervention of the Frost Sisters, eventually compels Lauren to force herself to stay awake for days at a time, in order to avoid her shared dreams with Andy. Obviously, this can’t last however, and once she does slip into a dream, Andy and the Frost Sisters are able to draw out more of Lauren’s latent connection to Fenris, which compels her to go on the run around Washington, in a confused struggle to avoid re-connecting with Andy. Reed and John thus have to try and track down Lauren, who is beginning to make a scene with her powers, seemingly developing more of a distrust toward humanity all the while. It really did start to feel like Lauren was on the verge of joining her brother at the Inner Circle, and obviously, that would be a problem, since it would make Reeva more or less unstoppable!

There’s only a few episodes left in the season however, so it nonetheless seemed inevitable that Lauren wouldn’t ultimately defect, somewhat deflating this subplot, though not to any serious degree. The tension throughout this storyline was still nicely high for the most part, especially when Reed is finally forced to confront his own seduction by the Fenris music box as a child, referencing a flashback from a prior episode. Reed doesn’t appear to have a sibling, so the idea that he’d have the same connection to Fenris as Lauren seems like a stretch (Reed even admits that his own experience with Fenris differs from his daughter’s in this very episode), but at least Reed’s fessing up does allow Lauren to come to her senses. The result is Caitlin having to give the same serum to Lauren that she also gives to Reed, thus severing the psychic link between Andy and Lauren, and leaving Andy unable to connect with his sister. This has big implications for the season’s climax over the next few weeks, especially since Lauren inevitably won’t have full access to her powers when it probably counts most! 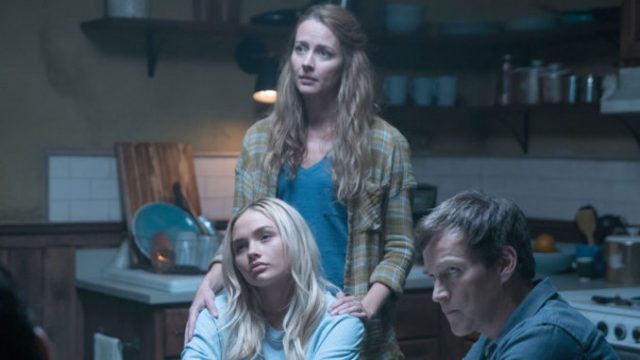 “teMpted” stands as a smart psychology-focused episode of The Gifted, playing with allegiances and loyalties, and bringing everything together in a quite literally explosive resolution with Marcos! Erg having to come around on his distrust of humans is sure to play a key part in the Morlocks’ role during the coming attack, while Lauren having to de-power herself in order to nullify the Frost Sisters’ exploitation of her mind is yet another knock against the Mutant Underground’s ever-dwindling resources. With management abandoning them, and seemingly nothing left to rely on, the Mutant Underground more or less doesn’t stand a chance against the Inner Circle at this point, though to be fair, Max’s death will certainly cripple the Inner Circle as well, now that Reeva’s secret weapon combination is missing a vital component. I imagine that it can’t be long before Lorna is exposed as a traitor to the Inner Circle, especially with the season nearing its climax, but that just makes The Gifted feel especially exciting and unpredictable at this point! Season Two of The Gifted has had a few rocky portions here and there, but the show really does seem like it’s starting to build towards a truly exciting conclusion now. I’ll certainly be interested to see how the Mutant Underground stands any chance at stopping Reeva’s seemingly inevitable final strike against humankind!

The Gifted 2.13: "teMpted" Review
The Gifted sharply focuses on the psychological struggles of some key characters in its latest episode, as the Inner Circle's agenda against humanity continues to advance.
THE GOOD STUFF
THE NOT-SO-GOOD STUFF
2019-02-04
88%Overall Score
Reader Rating: (0 Votes)
0%