One of the last remaining major Batman villains finally made his way to Gotham in its latest episode, “I Am Bane”, which more or less gets right to the point of the main event. Eduardo Dorrance has fully completed his transformation into Bane, and has been freshly unleashed on Gotham City to round up both Jim Gordon and Bruce Wayne, along with a visiting U.S. Army general, just in time for Gotham City’s reunification with the mainland. Meanwhile, Penguin and Nygma prepare to escape the city with Barbara, now that time has fast-forwarded to Barbara imminently preparing to give birth, leaving Lee as her only hope to quickly deliver the baby and get out of the city.

Gotham is rapidly approaching its overall climax, with this being the first of only three remaining episodes left for the show. As fun as it can occasionally be to see a fully-fledged Bane tearing up the city however, “I Am Bane” does end up being a bit of a disappointing start to the show’s big final confrontation, despite unmasking the true identity of Secretary Walker, who naturally isn’t who she says she is. This occurs once Gordon, Bruce and the general are successfully snatched by Bane just outside of the GCPD, after a violent confrontation that leaves several soldiers dead. This is all a plot by Secretary Walker, who eventually begins to torture Gordon, forcing Bruce to guess who she’s being motivated by. Eventually, Bruce can only come up with one name; Ra’s Al Ghul. It turns out that Secretary Walker was in fact Ra’s’ daughter, Nyssa Al Ghul the whole time, and she wants revenge for her father’s death, on top of wanting to continue his mission to destroy Gotham City in its current form.

The reveal that Walker is Nyssa isn’t bad, especially since it does effectively give Ra’s Al Ghul a continued presence on the show, despite his supposed death (even though I imagine that he will be resurrected at some point post-show, after Batman begins to patrol Gotham City), but Gotham’s take on Bane unfortunately feels significantly less impressive at this point. The power and presence of Bane is captured fine, but the fact that Bane is simply hired muscle for a femme fatale villain creates an unwelcome callback to the most infamous Batman movie to date, Batman & Robin, even if Bane’s affiliation with Nyssa here is more likely meant to be a nod to 2012 movie, The Dark Knight Rises, where Bane was revealed to be an agent of Ra’s’ other daughter, Talia. Still, the Bane of the Gotham universe so far feels like a simple-minded brute, and that in turn feels like a pale imitation of the brilliant and cunning Bane that exists in DC Comics lore.

Fortunately, Bane’s rampage through the clinic, where he’s sent after Nyssa orders him to kidnap Barbara, is both exciting and humourous. The amusing chain of events begins when Barbara steals a submarine part to prevent Penguin and Nygma from leaving in their submarine without her, forcing Penguin and Nygma into the clinic, right when Bane and his soldiers invade it. Penguin and Nygma thus have to hold off several soldiers on their own, while a frantic Lee pushes Barbara, in labour, in a wheelchair, while Barbara fires off guns, taking out whichever soldiers are in her way. It’s delightfully insane, and feels very true to Gotham’s pitch black sense of humour, even if Nygma unrealistically finding the submarine part from nowhere feels lame. I suppose it is true that Barbara wouldn’t exactly have a ton of time to hide it while she’s in labour, but where exactly did Nygma pull that part from anyway? 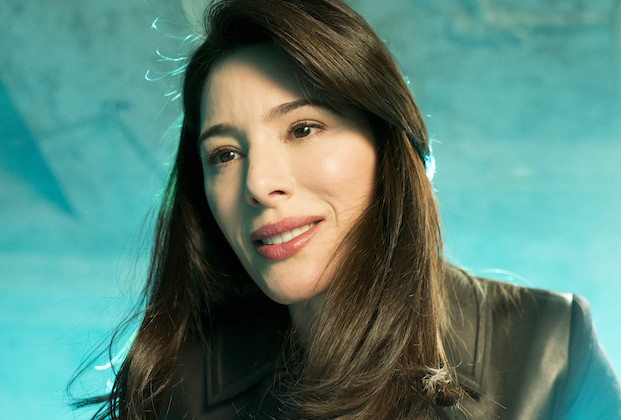 It’s also a bit of a let-down to see how pathetically easily both Bruce and Gordon end up escaping Nyssa, who leaves Bruce tied up near an open flame, with no supervision (some mastermind she is), so obviously, he gets free. Meanwhile, Nyssa has somehow enlisted our favourite monster-making Deus Ex Machina character, Hugo Strange off-screen (boy, Strange sure is a helpful villain, isn’t he?), to turn Gordon into another version of Bane. Somehow however, Gordon simply gets free on his own, despite being pumped full of what may be Venom (the show is vague here), and tosses Strange aside, with Strange going to sound the alarm, right as Gordon frees the general. This doesn’t seem like a very secure kidnapping effort here, Nyssa.

Fortunately, the stakes for the show’s big finale are at least set up reasonably well during this episode’s conclusion, despite a few plot holes regarding how unrealistically airtight Nyssa’s plans turn out to be. Somehow, Strange hid a chip in the general, outside of the obvious spot on the neck (he didn’t think to do that before?!), which leads to a command being issued by the general to devastate Gotham City with a bombing run! While this is going on, Lee and Barbara just barely escape Bane, with Selina and Alfred staying to try and fight him off, which results in Selina being quickly knocked out (what did she seriously think she could do in this fight?!), and Alfred having his back broken against a streetlamp! Selina is then left to do nothing but scream for help, just in time for Gordon, Bullock and Bruce to witness bombs being dropped all over Gotham City, right before the episode ends!

With Gotham City being bombed to hell, Bane still being at large, Alfred likely being critically injured, and Barbara and Lee fleeing with Barbara’s newborn baby girl (this is no doubt future Batgirl, Barbara Gordon), we hopefully have a hell of a climax to look forward to over Gotham’s final two episodes to come. The show won’t return with its last duo of offerings until later in April, and hopefully it can stick the landing then, since, “I Am Bane” did prove to be a little more uneven than it deserved to be. The titular villain’s Gotham variation is physically imposing, but psychologically unimpressive. While it’s cool to see Nyssa Al Ghul succeeding where her late father left off as well, there were also more than a few plot contrivances shoved in to fully realize Nyssa’s agenda. With much of Gotham City now burning however, there’s never been a better time for the debut of Batman, and now that Bane and Nyssa have the might of the U.S. Army behind them, it’s going to be a hell of a fight to finally take the city back from its conquerers!

Gotham 5.10: "I Am Bane" Review
Gotham somewhat disappoints with the titular villain's debut in, "I Am Bane", though it does at least nicely set the stakes for the show's final duo of episodes.
THE GOOD STUFF
THE NOT-SO-GOOD STUFF
2019-04-13
74%Overall Score
Reader Rating: (0 Votes)
0%