Now that Orlin Dwyer has been de-powered, and an adult Grace has taken up the mantle of Cicada, The Flash has a solid chance to wipe the slate clean, and dramatically improve its over-arching villain conflict for its struggling fifth season. “Time Bomb” didn’t manage to completely make that happen, and that’s frustrating, since the show is going off the air for several weeks now. Still, this episode was at least a small improvement over the previous episode. This comes courtesy of a fairly interesting subplot shared between Cisco and Ralph, and the long overdue revelation of Nora’s true puppet master to Team Flash.

Despite the Cicada mantle having now passed on to Grace, it still doesn’t feel like this villain idea is that interesting or effective in its execution. There was a really great chance to expand and improve Grace’s motivations for becoming Cicada in the future, but instead, the show simply decides to drive her by a simple revenge motive. What happened to the surprisingly complex motivations of Reverse Flash or Zoom? Hell, even Savitar and The Thinker had at least semi-novel motivations for their grand, season-long plans! I still don’t totally believe that Cicada comprises the entire endgame for The Flash’s fifth season though, and that speculation has only increased with the truth about Nora’s mentor coming out to Team Flash at the end of the episode. That said, it’s still infuriating to see the show miss a golden opportunity to make Grace a much more interesting and morally ambiguous character than her uncle ever was! 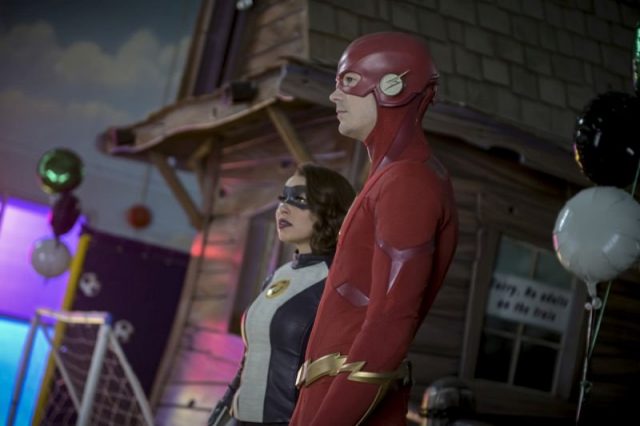 Still, one of the major hooks of this episode is at least a sound idea, wherein Grace deduces which metahuman killed her parents, and decides to take revenge on them. It turns out that the metahuman in question is Vickie Bolen, an ordinary soccer mom in Central City, who hasn’t even told her family about her molecule-accelerating abilities. When The Flash and XS have to narrowly fend off Cicada II at a birthday party, with some help from Vickie, the Bolen family learns the hard way about what their mother truly is, causing some family drama at the subsequent hospital trip. There definitely could have been more done with this conflict, since this is yet another family spat that the show lazily decides to sort out off-screen, but the fundamental idea of a metahuman hiding her powers from her family out of fear and social bias is a pretty great one. That’s why it’s too bad that Grace has to interrupt this plotline.

I will however say that there’s another somewhat interesting conflict that comes out with Grace in this episode, namely when original Cicada, Orlin Dwyer starts wondering if his niece is taking his former metahuman-killing mission too far. Grace trying to pull her uncle back to the dark side, claiming she can find a way to restore his powers, and continue their shared mantle as the hunter of metahumans that would come to infest the world in the future, gives both Grace a chance to be a better villain, and Dwyer a chance to start working towards redemption. Dwyer even showing up to try and talk Grace down before she kills Vickie carries a lot of promise, which is why it’s too bad that this conflict is all over so soon. Severing her last potential chance for her own redemption, the future Grace eventually decides that her uncle can’t be persuaded to retake the Cicada mantle, and thus, she kills him in the hospital parking lot! 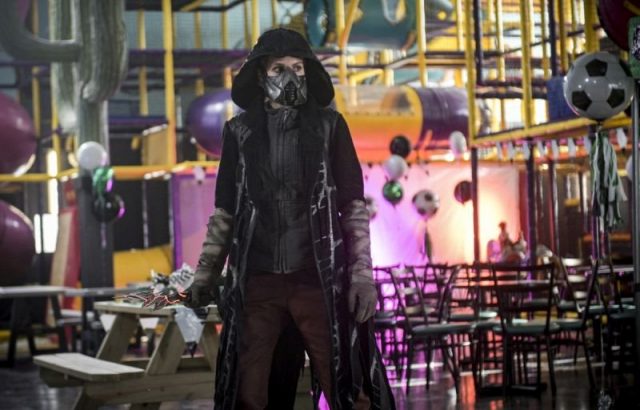 The death of Dwyer isn’t entirely unexpected, now that we have a new Cicada running loose in Central City, but it is something that firmly cements the future iteration of Grace as a menace even greater than her uncle could have ever been! Dwyer being killed by his own hatred made flesh is tragically ironic, which is why it sucks that the show can’t currently mine much meaningful psychology or development from the adult Grace’s character. Fortunately, Team Flash also discovers Eobard Thawne’s displaced Time Sphere in this episode, with Sherloque eventually fully deducing that Eobard Thawne is the man pulling Nora’s strings, leading to an overall more interesting conflict. When both Cecile and Sherloque finally try to pull the truth out of Nora, she’s forced to confess that she’s been working for Thawne, which leads to Barry throwing her in the pipeline as the episode concludes. That’s undeniably harsh, but perhaps merited, since Barry’s and Team Flash’s trust toward Nora effectively imploded in an instant with that confession. It’s tough not to feel bad for Nora all the same however, since she clearly didn’t realize what she’s getting into, especially now that it’s become apparent that Thawne has some kind of grand plan for the timeline, which Nora inadvertently helped along.

As exciting as it is to finally have Team Flash learn Nora’s terrible secret, it was the subplot in this episode that actually managed to land with the most consistency. This involves Cisco and Ralph, with Ralph deciding to help Kamilla get a photography job with Iris. Cisco is surprisingly angry with Ralph for doing this though, eventually confessing that he doesn’t want Kamilla to have any involvement with Team Flash, since his relationship allows him to have some normal detachment from being Vibe. This is actually an interesting idea, and one that’s executed with just the right balance of drama and humour, as Ralph’s eccentric desire to help both Cisco and Kamilla blows up, and lends itself to a weirdly inspiring, yet nonetheless true question of how long Cisco can hope to keep his relationship apart from his existence at S.T.A.R. Labs. Considering how often Cisco’s superhero/tinkerer life has ended up meshing with his personal life already, Ralph’s right to ask just how long Cisco will be able to keep Kamilla in the dark regarding the true nature of his scientist activities. 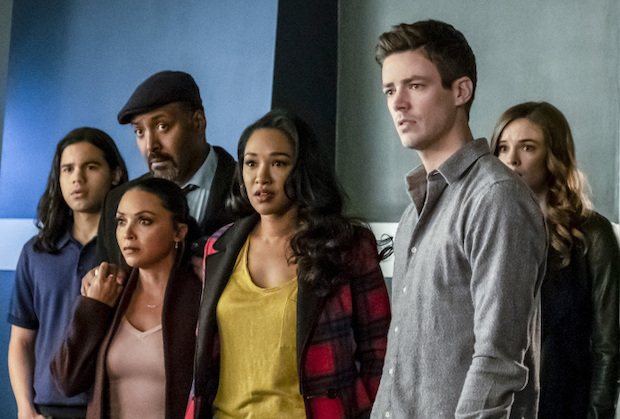 Even then though, The Flash is still too consistently hobbled by the sub-par Cicada storyline, even with Grace now taking up the metahuman serial killer’s mantle. Grace is appropriately powerful and dangerous enough to qualify as a good arch-villain, but so far, her motivations are too simple, and her personality is too flat. At least the prospect of Thawne returning to menace Team Flash again is a lot better, especially with Nora being thrown in the pipeline by Barry for her treachery. The solid Cisco/Ralph subplot helped to round out the episode nicely, but there’s still too many good ideas that are failing to realize their potential this season, especially where Vickie was concerned in this case. Orlin Dwyer may be dead, but the threats facing Team Flash still aren’t managing to hit with the narrative impact of the earlier seasons. Hopefully, with the show now being off for its Spring hiatus, we can at least start wrapping up Season Five with a decent, overdue series of exciting final story turns soon.