Doom Patrol brings the titular team to its latest crazy scenario, this time with the entire world at stake, in, “Cult Patrol.” This episode starts more extensively spotlighting the team’s personal and interpersonal perspectives as would-be heroes, pitting them against a world-ending threat that has them struggling to come together, as they must both repel a larger-than-life enemy, while protecting an innocent within their walls. It’s an ambitious, large-scale superhero mission for a lot of powered people who seemingly couldn’t care less about being superheroes, and fortunately, the show once again excels, thanks to more strong character work and humour.

Yet another especially bizarre enemy from DC Comics lore serves as the major threat in, “Cult Patrol”, namely the Cult of the Unwritten Book, which aims to summon a giant eye called ‘The Decreator’, in order to un-make the world. This threat begins when two parents raise a son together, named Elliot, who manifests more tattoos that contain text for the spell necessary to summon The Decreator with every passing year. When the father tips Elliot off upon his eighteenth birthday that he’s actually being used as an instrument to destroy the world however, the father is quickly killed by the mother, with Elliot having to hide, until he inevitably ends up in the care of the Doom Patrol, thanks to a drunken occult magician named Willoughby Kipling.

Kipling is basically John Constantine in all but name, which was ironically also the reason for his initial creation in DC Comics lore; Skirting around a copyright limitation related to Constantine’s original placement within DC’s Vertigo line of graphic novels. Since Constantine is currently a series lead on The CW’s Legends of Tomorrow, it’s likely that the DC Universe streaming platform is unable to use Constantine for its Doom Patrol/Titans universe at this point, hence why Kipling is standing in, despite being more or less the exact same character as Constantine in every way, right down to the British eccentricity and penchant for hard drinking and chain smoking. Regardless, Kipling is an old acquaintance of The Chief, and when he comes to Doom Manor to learn that The Chief is missing, he has no choice but to rely on the Doom Patrol to keep the Cult of the Unwritten Book at bay. This goes about as well as you think it would, with mishaps like these becoming increasingly common for the show’s leads.

Fortunately, there’s a lot of great material explored with the characters, when they’re thrust into a mission to save the world, against most of their wills. The only character that’s eager to save Elliot and stop the Cult of the Unwritten Book is, predictably, Vic, who jumps at the opportunity to prove himself a real hero. Cliff, Rita, Larry and Jane are obviously far more reluctant, but once Kipling summons a singing horse head called Baphomet to confirm how the world must be saved (because Doom Patrol), they have no choice but to go along with the mission. The thoroughly outlandish means through which the Cult must be stopped are quite amusing, particularly when Cliff and Jane have to be teleported to Spain, in order to seal shut the gates to the Cult’s original realm of Nurnheim, which sprout from a random priest’s palms, of course. When Hammerhead gets in the way however, the two end up plunked in Nurnheim themselves, where they face the surviving mother of Elliot, who is now a gigantic, clown-like High Archon. 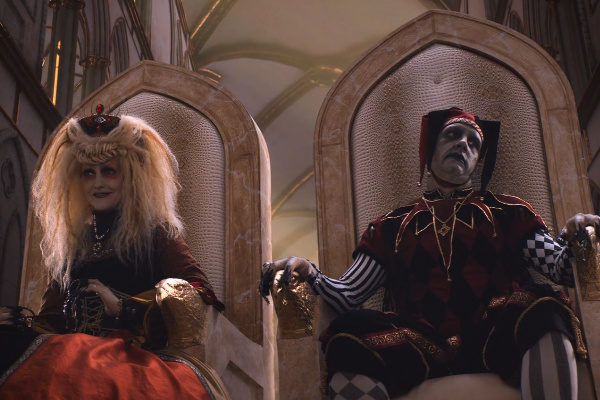 The various leads of the series beyond Vic find an inspired opportunity to examine their potential as heroes throughout the episode, namely once they have to wait and hope for Cliff and Jane to sort out the situation in Nurnheim, which they obviously fail to do. Larry continuing to struggle with finding common ground with his negative energy being meanwhile continues to provide a compelling dramatic mystery, building well off of Larry’s extended backstory exploration in the previous episode. Likewise, despite initially wanting to leave the mansion before the Cult of the Unwritten Book invades it, Rita is forced to talk Elliot down from committing suicide, helping him find his strength again, and even briefly protecting him from Kipling, when he attempts to burn Elliot alive to prevent the text from being read. The continued Cliff/Hammerhead drama is a bit of a stumbling block here though, since the show isn’t effectively justifying why Hammerhead cares so much about Cliff’s killing spree in Paraguay. At least Nurnheim confirming Cliff’s perception of Jane as his surrogate daughter is a little more interesting though, particularly when Jane’s original identity of Kay Challis is also poked at by Elliot’s mother.

As expected, Doom Manor is soon overrun by ridiculous enemies during the climax, namely razor-wielding nuns and thugs made out of dead skin and paper. This provides a pretty cool action sequence for Vic and Kipling, who combine the powers of science and magic to lay a pretty exciting amount of hurt on the bad guys! Ultimately though, the heroes are unsuccessful, since Elliot is captured by the Cult, who read the text on his body, and summon the Decreator. Larry, Rita, Vic and Kipling are then just left to stare at the coming destroyer, seemingly helpless to do anything, and that’s where the episode ends. This is the first time since the pilot that Doom Patrol has ended an episode on a cliffhanger, but it is a pretty good one, particularly now that this new threat has global implications. 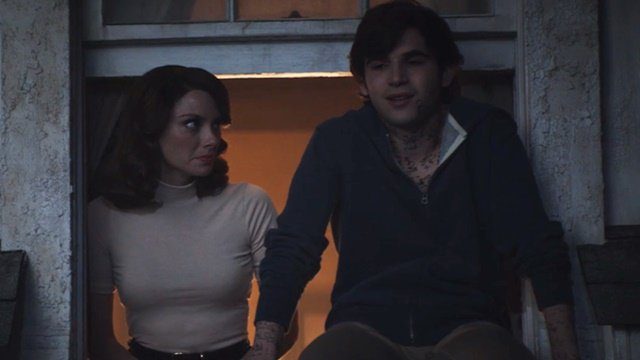 “Cult Patrol” continues to keep the humour and eccentric thrills of Doom Patrol soaring, with some mostly exceptional character work once again explored with the series’ leads. The Cliff/Jane dynamic is still a little uneven, but seeing the leads try and fumble their way into being accidental, begrudging superheroes continues to work well, especially when they still get to do so while facing threats that remain as weird as they are dangerous. The guest appearance by Kipling manages to be very entertaining as well, even if the heroes’ efforts are seemingly for naught at this point. The Decreator and the Cult of the Unwritten Book will inevitably be stopped, since the show must go on, but the journey to stop them should hopefully keep entertaining in the following episode, even with Cliff and Jane being stuck in Nurnheim for now. I imagine that the means of stopping the Cult will continue to be as ridiculous as the failed preventative measures, and I wouldn’t have it any other way. As usual, there are few comic book shows that manage to embrace and celebrate their unrelenting strangeness as effectively as Doom Patrol does!