With a slew of E3 2019 news coming out before, well, E3 2019, there is a lot we already know about the show. Naturally, the news that’s been released is from those developers or publishers that won’t be at E3 in earnest (we’re looking at you, Kojima Productions).

With Phil Spencer repeatedly remarking that this will be Xbox’s biggest show yet, and even taking to Twitter to announce that they’ll have 14 Xbox Game Studios titles in the show this year, we want to share our expectations and predictions for Xbox at E3 2019.

Halo Infinite – There is absolutely no doubt in our minds that Halo Infinite will be at Xbox’s E3 Briefing. No news about Master Chief, Cortana, or the fate of the known universe has been revealed since 343 Industries reintroduced the franchise at last year’s show. What was then a “game engine demonstration” will become a story trailer this year, by our estimation, though we don’t expect to see more than a very thin slice of the game, and gameplay isn’t necessarily a given. Depending on when the next generation of Xbox consoles are launched, we expect Halo Infinite to be a launch title, which may leaves the game’s full reveal for E3 2020, a few months before the Holiday release of the next console. 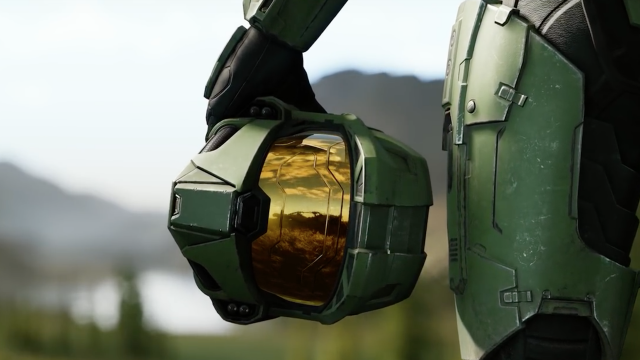 Gears 5 – This is actually a confirmed title, we know it will be at the show, so it almost isn’t worth putting in the list. And yet, the list would be somehow incomplete without it. Expect information on Gears 5 (or Gears of War 5, depending on what they settle on), Gears Tactics, while we are guessing that details on Gears POP will be decidedly scant. If anything, the game will go live during the press conference, Fallout Shelter-style. Either way, Rod Fergusson will be on stage heading up a massive gameplay demo.

Fable – We know that there will not be a Forza Motorsport game this year, and with it being Turn 10’s kick at the can this year, that means that there is some space for Playground Games to announce what their second team has been working on. Everyone and their dog expect it to be a reboot of the Fable franchise, and we’re no different. This will be a Halo Infinite-style tease, in the form of a nice pre-rendered cutscene or engine demonstration from what Playground has been able to build over the past few years. We don’t expect it to launch until at least Xbox Anaconda is out in the wild, so details will be unfortunately few and far between, but with the developer’s expertise in outdoor weather and environment design, expect this one to be a beautiful game.

Bleeding Edge – Other than a trademark filing for the name Bleeding Edge last month, we don’t have a lot to go on regarding Ninja Theory’s newest game. The developer, announced to have been acquired by Microsoft last June, has been working on an unknown project, and we expect to hear more about it in less than a week.

The Outer Worlds – Obsidian’s latest title has been shown off to much fanfare and lots of positive reactions from the public and critics alike. The Outer Worlds, set to launch in 2019, is a first-person RPG set in the outer edges of colonized space, where the player character awakens from cryosleep to discover unknown truths about the world. Obsidian certainly has the development chops to make this a great success, having worked on Star Wars: Knights of the Old Republic II: The Sith Lords, Fallout: New Vegas, and the Pillars of Eternity franchise, to name a few. 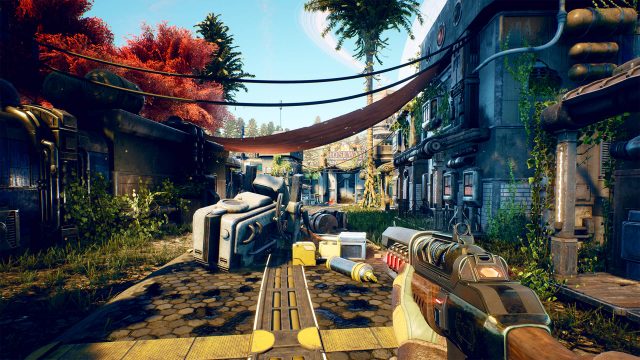 Wasteland 3 – inXile‘s follow-up to Wasteland 2 has been publicly under development through crowdfunding platform Fig since late-2016. With its new parent company providing more than just publishing opportunities, and likely a whole bunch of cash to complete the game, we’re actually banking on this one being a 2019 release, potentially with a beta launching at the show itself.

Blinx: The Time Sweeper – What? They’re bringing back Battletoads, who’s to say they can’t bring back Blinx? It’s not like we said Azurik: Rise of Perathia. (It would be pretty cool if they brought that back, too.)

New Console Information – Speaking of new hardware, while we don’t know for sure that the next generation of Xbox consoles will in fact be released Holiday 2020, we expect this to be the case simply because old habits die hard, and Xbox has only ever released new consoles during the holidays, save for Xbox One S, which was a step-upgrade that came out in August.

Perhaps the interesting strategy play that Microsoft could make here is releasing two new consoles in a way that is not dissimilar to their strategy for Xbox One S and Xbox One X when they were both announced at E3 2016. The former arrived in August 2016, while the latter came the following November. We know that Xbox is working on its next platform, codenamed Scarlett, with two variants: Lockhart and Anaconda. 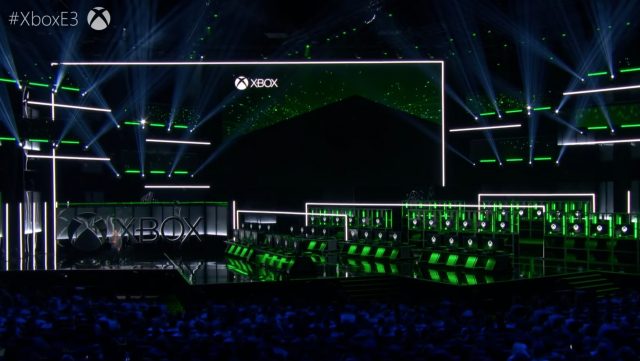 Spencer at E3 2018: “The same team that delivered unprecedented performance with Xbox One X is deep into architecting the next Xbox consoles.”

The Lockhart model is said to be the successor to Xbox One S, while Anaconda is the follow-up to the more powerful Xbox One X. While the general consensus is to see them both released at or around the same time next year, instantly discontinuing their predecessors, we see it playing out in a fashion such that they have staggered releases and hit a much wider price range.

Holiday 2019: Lockhart is released at $349, is slightly more powerful than Xbox One X, but skips some of the other features such as being the smallest Xbox, having a liquid cooled vapour chamber, and built-in power supply, all in the service of keeping costs down. Xbox One S is discontinued, Xbox One X sees its price reduced to $399. Xbox One S All-Digital Edition remains in the product line and will, this holiday season, receive a promotional price drop to $199, which will become permanent in January, as Microsoft has done in the past with its consoles.

Holiday 2020: Anaconda is released at $499, makes no compromises in form factor, cooling, power, or performance. Xbox One X is discontinued. Lockhart and Xbox One S All-Digital Edition round out the product line at $349 and $199, respectively.

Elite Controller 2 – When the original Xbox One Elite Wireless Controller (yep, still a mouthful) was released, we were sure it would have appeal, but not that it would be so widely well-received for Microsoft to keep it around, and even begin offering it in a white variant. The company has remarked that the controller outsold even its own expectations, and with new consoles on the horizon, we wouldn’t be surprised to see a new version of the controller out alongside them.

Naturally, we also wouldn’t be surprised to hear nothing of the sort, and hear about ancillary items like controllers once the consoles themselves have launched. Or, you know, it could be in the box with the Anaconda, if wishful thinking and unrealistic expectations are still a thing around here.

Next Page: The Studios and the Services