New Seattle is beginning to collapse, as iZombie kicks off its fifth and final season. Even the show’s usual over-the-top procedural format feels like it’s filtered through a dark new lens in, “Thug Death”, the first half of a two-part storyline that begins with a human woman being torn apart by two angry zombies. The furious zombies are a byproduct of another issue as well, namely the diminishing brain supply coming into New Seattle, which is beginning to threaten Blaine’s finances, and newly-legitimate business. All the while, Major desperately struggles to keep order with the resources and soldiers he inherited at Fillmore-Graves, and Ravi ends up stealing the last brain in the morgue from Liv, turning him into a brutish thug.

There’s still just enough humour and light-hearted character ribbing to sustain iZombie’s unique charm in this season premiere, even if most of it is coming from Ravi’s end. Almost all of Ravi’s entire story arc seems based around comic relief in fact, though Blaine also sneaks in a few chuckles too, even as one of the biggest responsibilities of sustaining New Seattle nonetheless falls on his shoulders. For the most part though, there’s a heavy air of bleakness throughout iZombie as it enters its final season, with the characters seemingly more desperate and hopeless now, being faced with a no-win scenario, as pacifying zombies quickly starts to feel like a distant dream, while Major’s more relaxed Fillmore-Graves policies in turn increase the threat of the zombie epidemic spilling out onto a global scale. 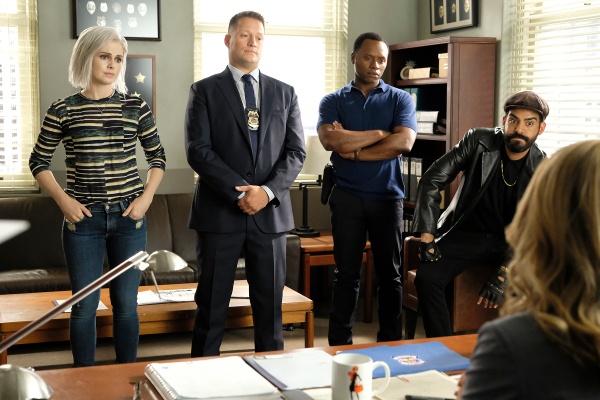 Fortunately, despite the liberal darkness and misery, and the considerably altered style with the show’s usual formula, “Thug Death” remains a pretty strong final season premiere for iZombie, one that both effectively sets some big climactic stakes for the season, while also providing a much heavier and more pressing murder for Liv and Babineaux to solve. As with much of the previous season, the latest case-of-the-week ends up becoming something of an afterthought here though, particularly through the decision to make Ravi the one who eats a brain in this case, rather than Liv. Instead, Liv and Babineaux undertake a surprisingly straight-faced criminal investigation in this episode, but one that still nicely illustrates exactly how much trouble the remaining law enforcement of New Seattle is currently in. Even with Fillmore-Graves on the Seattle PD’s side, there’s no questioning that zombies are becoming harder to control, to the point where it barely feels like there’s any satisfaction to solving the city’s latest murder anymore.

All the while, Liv is continuing to moonlight as Renegade, deciding on who should be brought into New Seattle and made into a zombie, with an overflow of terminally ill and destitute people across the U.S. to consider. Eventually, Liv settles on a sexually abused foster boy, sending one of her coyotes to bring him into the city, though the coyote runs into an unexpected complication, after the boy wants to bring two other abused girls with him. This was the main sticking point in an otherwise pretty strong final season premiere for iZombie however, since this situation feels more than a little contrived, especially since the kids should have logically figured out that it’s not worth the risk to bring more than the agreed-upon parties into New Seattle. Inevitably, the kids and the coyote are caught by the police too, and that’s primarily on the coyote, since taking on more people is a blatantly stupid decision. Couldn’t these girls have just waited a little while longer, so they could get their own forged papers? I’m sure that Liv would have been equally sympathetic towards them! 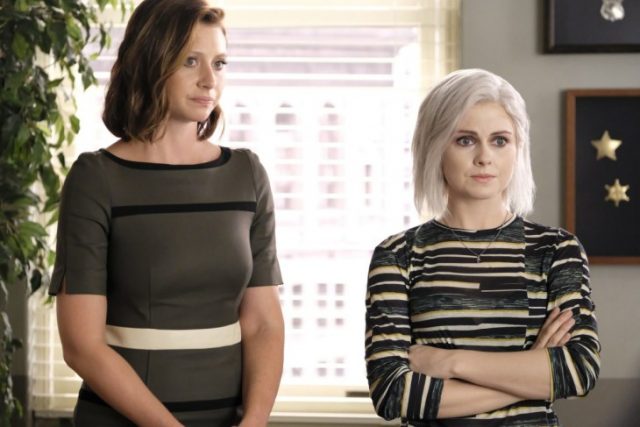 Still, Ravi continuing to plug away at a zombie cure leads to a more amusing and clever subplot, one that also has his character pretty nicely coming full circle on the series. After Dr. Collier, a bright and chipper new recruit at the CDC, is put in touch with Ravi, she declares that she has found a possible means of curing zombie states. Since Ravi is on thug brain, a lot of these interactions are played for humour, but eventually, they evolve into very real stakes. It turns out that the cure prototype relies on other teenagers with the late Isobel’s rare terminal disease, and announcing these findings to the CDC would result in these sickly teenagers being hunted for their brains. It’s a very effective emotional dilemma, one that even Ravi’s thug brain can’t entirely suppress, and the question of whether Collier will do the right thing is something that never quite feels definite. Eventually though, Collier does decide to lie about her findings, at Ravi’s insistence, and the two appear to strike up a friendship. This was sweet, and a much-needed win for Ravi, who otherwise seems like he’s been having a hell of a time at his job lately.

The remaining storylines meanwhile are all about building upon the drama and tragedy facing New Seattle. Despite Major now deciding to allow certain select medical cases in and out of New Seattle, for example, unrest in the city has grown more widespread than ever. This eventually leads to a car intentionally detonating itself at a security checkpoint, resulting in Fillmore-Graves’ forces being strained, and human/zombie relations deteriorating even more. At the same time, Blaine makes a show of intimidation upon a group of border patrol agents that decide to stop looking the other way with Blaine’s brain supplies, after the human woman’s murder footage inevitably goes viral. Blaine gets four of the agents to comply, but is forced to execute one of them as an example. Blaine having to get his hands dirty again, while Major once again fails to keep order in New Seattle with Fillmore-Graves’ forces, is a great testament to the fact that the more things try to change on this show, the more they nonetheless remain the same. These turns were both a great way to emphasize just how hopeless things currently feel in New Seattle, and how the characters are seemingly in a situation that none of them can truly do anything about, or so it seems.

It’s perhaps to be expected that the final season of iZombie would go into darker territory than the show is normally used to, but even then, seeing the show take on touchy subjects like anti-zombie terrorist attacks and random acts of violence upon humans is pretty damn bleak. Indeed, New Seattle has never looked worse by the events of, “Thug Death”, even though this darker new status quo for iZombie seems to be working pretty well from a storytelling standpoint, at least so far. This especially dark storytelling has iZombie building towards an especially dramatic and exciting overall climax, though it would have been nice if Liv’s Renegade operation didn’t feel like it was so clearly lagging behind the other story arcs for the start of the final season. Still, that’s something that can be pretty easily fixed, and with this season premiere being the first offering in a two-part storyline, maybe Liv’s coyote getting so blatantly careless can at least lead us to a better, more logical series of story turns from here.