With Tandy being held captive in one of the human traffickers’ ambulances, this provided a perfect opportunity for Cloak & Dagger to start ramping up the stakes against its villains. Surprisingly though, “B Sides” ended up going in a bit of a different direction, in an entirely Tandy-focused episode that proves highly experimental, practically serving as the successor to the time loop-style episode that took place within Ivan Hess’s mind during the show’s first season. Making Tandy the entire focus of a Cloak & Dagger episode is an especially risky move, since this is a show that’s so often been about how Tandy and Tyrone complement each other as the Divine Pairing.

Fortunately, “B Sides” ends up coming together pretty well, while also providing a semi-shocking reveal as to who the real mastermind behind New Orleans’ human trafficking ring is. Predictably, it’s not Lia, who is just the right hand of the ring’s actual leader; Andre Deschain! Turns out that I was right on the money with my prediction that Lia and Andre are working together to capture young women around New Orleans to some unknown end, with Andre now standing as the principal villain of Cloak & Dagger’s sophomore season. The way that Andre is revealed as the season’s big bad is a little shaky, since his presence is telegraphed, and ultimately revealed in a pretty clumsy, unsatisfying way, when a random shot simply shows him in the ambulance alongside Lia. The twist is certainly logical, but it could have been revealed in a more interesting and shocking way than it ultimately was in the end. 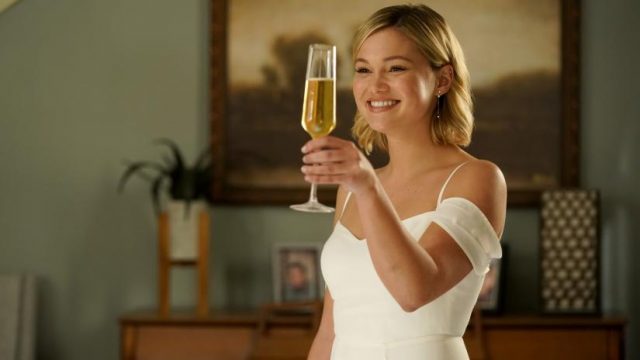 More interesting however is that Andre is actually revealed to have powers of his own, having attempted suicide during the same night as the Roxxon rig explosion that first gave Tandy and Tyrone their abilities as the Divine Pairing so many years ago. Apparently, Andre has the power to see people’s memories, and also feed off of people’s hopes and positive psychic energy, leaving them with nothing but absolute despair. Andre and Lia are also orchestrating the human trafficking ring as a way to subjugate the people who can’t be helped with their counseling, which is the only way to stop Andre’s debilitating, agonizing headaches. Not only that, but Andre is also, according to the showrunners, supposed to be the Marvel Cinematic Universe’s version of D’Spayre, a highly powerful demon in Marvel Comics lore, who has a similar hook, albeit in that case feeding off of fears and negative psychic energy. Andre obviously isn’t a demon in the MCU’s case, but he is a very promising alteration for the character of D’Spayre, who is given an inspired new grounded spin for his MCU incarnation.

Even considering the sometimes awkward way that Andre’s villainous agenda is revealed here, the overall mystery surrounding his powers and their influence on Tandy is at least executed very well. Tandy finds herself stumbling through all manner of jumbled memories and altered existences, starting with living a scenario where her father and Tyrone’s brother are never killed, resulting in a seemingly perfect existence where Tandy becomes a celebrated New York ballerina, and Tyrone becomes an NOPD officer under Connors’ mentorship. Initially, Tandy is fully taken in by the dream scenario, but after she and Tyrone have their powers activated during a confrontation in a convenience store, she wakes up in another life, as a Roxxon engineer that’s following in her father’s footsteps. 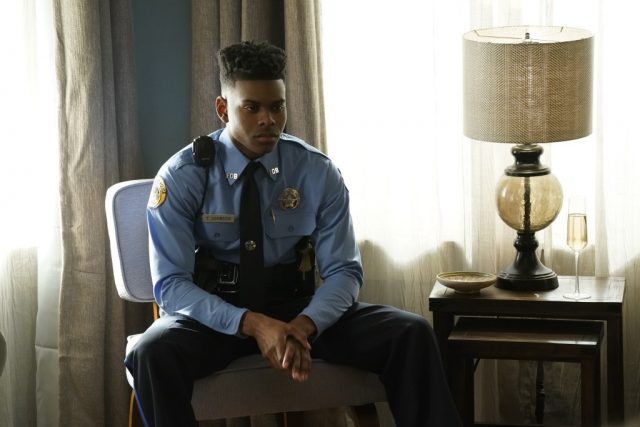 Once again, the same scenario plays out. It turns out that Tyrone is also working on the rig in this false reality, which is being overseen by Mina. This is revealed shortly before a deadly issue threatens to engulf the entire drilling platform in a giant explosion! After the chaos once again leads to Tandy and Tyrone activating their powers as the Divine Pairing however, Tandy is yet again placed in a different scenario, in this case where she’s an addict with no one in her life, pilfering wallets for a score. After stealing a wallet from her old boyfriend, Liam (go figure), Tandy flees into a car with Tyrone, who is now a car thief. The police sirens tip Tandy off that she’s in a dream sequence though, and it turns out that her daggers keep forming while Andre attempts to keep her under in the ambulance. This was an interesting new way to have Tandy fight a villain without actually fighting them, or even being aware that she’s fighting another powered person in the first place!

Even when Tandy becomes aware that Andre is messing with her head, the best was yet to come! After it seems like Tandy finally escapes confinement in the ambulance, with Lia and Andre seemingly taking off to flee the authorities after Tandy proves to be too strong for them, she goes to see Tyrone, and the two ask O’Reilly for help in turn. After O’Reilly calls for backup however, Tandy and Tyrone try to corner Andre in his office, only to have Lia hold one of the other support group members hostage. Tandy manages to free the woman from Lia, but Tyrone is shot by Andre during the chaos! Seeing Tyrone die in Tandy’s arms is a very unexpected shock, considering he’s one of the show’s lead characters! Obviously though, there’s no Cloak & Dagger without Cloak, so it quickly becomes obvious that this is yet another dream scenario for Tandy, one where Andre is finally allowed to render her truly hopeless. It’s a nicely tragic payoff, and a strong way to end the episode, while also revitalizing the previously strained bond between Tandy and Tyrone, if mainly on Tandy’s end.

“B Sides” makes for another unique and memorable way to present an episode of Cloak & Dagger, one that does a superb job of focusing squarely on Tandy, as she falls captive to Andre’s human trafficking ring. The true depth of Andre’s powers is both psychologically gripping and emotionally powerful to behold, and seeing Tandy ultimately submit to him after she believes that Tyrone has been killed is effectively heartbreaking, even if it’s not long before audiences inevitably catch on that Tyrone’s death is fake. With Tandy failing to free herself in the end, it’s up to Tyrone and O’Reilly to hopefully rescue her, even though I imagine that there may yet still be some fight left in Tandy, since she knows that she’s been fooled by Andre’s powers before. Fortunately, the drama and stakes of Cloak & Dagger are gripping as ever in the wake of Andre being revealed as a super-powered criminal, one that’s now cemented himself as an even bigger threat, after successfully taking down one of New Orleans’ Divine Pairing!

Cloak & Dagger 2.6: "B Sides" Review
Cloak & Dagger reveals its sophomore season's big bad in the effectively unique and gripping, "B Sides", which revolves entirely around Tandy and her efforts to survive her own scrambled mind.
THE GOOD STUFF
THE NOT-SO-GOOD STUFF
2019-06-14
90%Overall Score
Reader Rating: (0 Votes)
0%