In recent months, DC Comics partnered with Titan Books to release original and prose novels based on some of the comics giant’s most beloved, Batman-related stories. The first was Mad Love, which is the story of Harley Quinn and a book that we will soon be reviewing. It was then followed by an extended, novelized, prose version of The Killing Joke (the Joker’s origin story) and Batman: The Court of Owls.

It’s the latter book that we’ll be discussing in this particular opinion article.

Unlike the other two, Batman: The Court of Owls (by author Greg Cox) is a sequel to the Caped Crusader’s previous run-ins with the Owls. Thus, it takes place after the stories found in the ever-popular graphic novel series by Scott Snyder. This is something I did not know until after I started reading this book, though having never read the graphic novels didn’t prevent me from enjoying this thing.

This story begins with fire, as one of Gotham University’s most esteemed art professors is tortured before being burned alive from the inside out. As readers, we get a first-hand take of the professor’s last moments, which are brought on by the hands of a goggled Talon (aka. one of the Court’s very nimble and fast-healing assassins.) However, Batman isn’t so lucky. He enters the crime scene at Commission Gordon’s urging, and does so once everyone else has cleared out. At that time, the cause of death remains a mystery, as does the motive. After all, it’s not at all common for a man or woman to burn from the inside out, nor is it common for it to happen while a person is nailed to a chair in his quaint office. 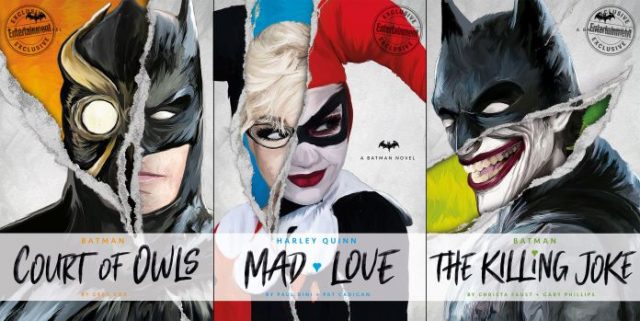 Said opening scene is the beginning of a new mystery, adventure and brutal challenge headed Bruce Wayne’s way. One that will test not only his physical strength, but also his mental fortitude as well. That’s because this particular story forces our shadow-dwelling hero to remember one of his worst experiences, that being the torture he endured in the labyrinthine underground lair of the Court of Owls, while being drugged and jeered at. He may have escaped with his life, but part of him remains there, in that dark marble cavern.

Other pieces of Batman’s past also come back to haunt and help him during the course of this novel, which is heavily based around something that happened a century ago, during a time when Gotham was inviting people from all around to attend and be amazed by its grand exhibition. As such, Batman: The Court of Owls jumps between the present and the past, and also has a few different vantage points from which it tells its story. One is Batman’s, another is famed artist and chemist Percy Wright’s, and a third is a modern Owl’s. A couple of other vantage points are used, but only Batman’s and Percy’s are utilized with great frequency, which is a good thing.

The above makes it so that this particular tale is a lot more coherent, not to mention a lot stronger, than the novelization of The Killing Joke. While that book had promise, it jumped around a ton, and injected the story with some pretty bland and forgettable drug-fueled warfare. With his contribution to the DC Comics Novels line-up, Greg Cox has delivered something focused, interesting and entertaining, which will be a pretty easy and enjoyable read for any Batman fan. It (thankfully) doesn’t go off on tangents like its peer. 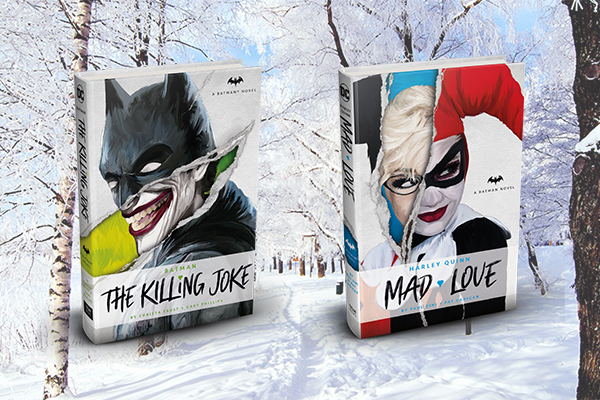 Within The Court of Owls, one will find a good mix of detective fiction and all-out action featuring Batman and Batgirl. Both aspects of the novel are written quite well, with only a few odd mistakes having made their way through the editors’ fingertips and into this first edition hardcover. You never really know what you’re going to get with licensed books, especially those based on comic books or superheroes, so this was a nice surprise.

That isn’t to say that this is an incredible book which isn’t without fault. It’s good, and is certainly above average within its sub-genre, but isn’t flawless. At times, this original novel suffers from tedium, with this issue being more of a problem during its opening half. Like any good book, though, it gets better as it goes along and ends up being pretty solid overall.

If you’re interested in reading some novelized Batman fiction, you can’t really go wrong with Batman: The Court of Owls from Titan Books and DC Comics Novels. This is especially true if you’re a hardcore fan, who happens to have read — and loved — the graphic novel series. You’ll want to read this one to see how the story continues, and should be pretty happy with the result.

**This review is based on a copy of the hardcover edition that we were provided with by the publisher.**