In racing so hurriedly toward the finish line, Game of Thrones’ storytelling is starting to become noticeably more rickety. For the first time, the series has started to feel unmoored, on account of no longer having source novels to draw upon. A Song of Ice and Fire writer, George R.R. Martin still probably nonetheless gave HBO the exact conclusion he envisioned for his epic fantasy saga, so I don’t imagine that, “The Bells” is straying far from the vision of this universe’s original creator. Still, this penultimate episode for the season and the series is another huge victim of Game of Thrones’ current rushed direction and storytelling, taking what should be fateful, highly dramatic and shocking moments for characters that we’ve come to love, and boiling them down to head-scratching heel-turns and violence porn.

Before that whole mess however, we have to resolve the conspiracy between Varys and Tyrion, which is wrapped up in a predictably disappointing fashion. After Daenerys begins to refuse food, whether by suspicion or coincidence (the show is unclear here), Tyrion eventually blabs to Daenerys that Varys is attempting to poison her, for reasons unknown. Did Tyrion have a sudden attack of conscience? Again, the show is frustratingly unclear here, but it doesn’t matter anyway. Varys is arrested and sentenced to death, and Drogon incinerates him for committing treason. That’s the end of that entire story arc. Tyrion isn’t even implicated or punished! What was even the point of bringing up Varys’ desire to assassinate Daenerys, if it was barely going to last into the intro of the following episode?! Did the show just not have a better excuse to kill off Varys? 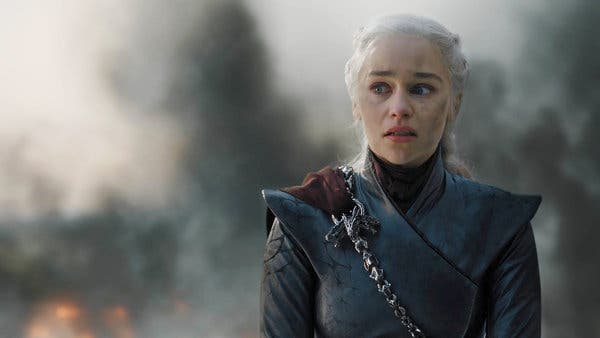 What this turn does amount to, I suppose, is foreshadowing, and that begins to come into play after Tyrion secretly frees Jaime from confinement, after Jaime is captured by Daenerys’ soldiers. Yet again though, what is the point of capturing Jaime at all, if he’s just going to make it into King’s Landing unseen anyway?! I suppose it’s for a nice, emotional moment with Tyrion, but this is nothing that ultimately feels that necessary. If Jaime just hadn’t been captured, just like if Varys and Tyrion had never discussed assassinating Daenerys, then the story progression would be exactly the same! Again, I get that it’s foreshadowing another big turn later in the episode, and how everything ultimately pans out for several characters, but herein lies the major Achilles’ heel of this episode; Foreshadowing is not character development!

So, I’ll just get right to the big, horrific sticking point of this episode for many people; Daenerys pretty much single-handedly wipes out the Iron Fleet and the ground forces at King’s Landing, which already feels like bullshit to begin with (especially when the episode itself points out how easily Euron took out Rhaegal just one episode ago!), but after the city surrenders, Daenerys just decides to raze the whole place to the ground anyway, killing whatever innocents are there along the way! Arya and Jon stumble across the whole bloody spectacle all the while, and I will say that, as with the Wight onslaught in, “The Long Night” a couple of episodes back, the sheer horror and intensity behind the destruction of King’s Landing is very well-shot. It’s wonderful to look at, and that’s why Daenerys’ sudden heel-turn feels all the more frustrating– It’s too abrupt, it’s not effectively earned, and while it is foreshadowed effectively, it still doesn’t feel like a fully rational decision for Daenerys’ character, after the show has spent so much time making Daenerys seem so calm and benevolent to the downtrodden. The worst part is, I didn’t dislike this turn with Daenerys on paper either. It makes sense as a narrative climax, at the very least. Daenerys has certainly shown an incredible capacity for violence, and in not having love, she can only choose fear. The problem lies in the fact that Daenerys completely abandons all of her principles way too quickly here, with this massive turn for her character basically unfolding off the back of a handful of recent developments, rather than something that was effectively built up throughout the series’ run!

Still, I suppose there’s one big fangasm moment that finally occurs in this episode, and that’s, “Cleganebowl.” After Arya follows The Hound into King’s Landing, surviving as much destruction as she can, The Hound ultimately tells her to leave, since she’ll die if she continues to follow him. This means that Arya’s entire presence in King’s Landing is ultimately pointless, though I guess that Arya serving as the eyes of the audience on King’s Landing’s ground level is fair enough, even if Jon could have also filled that role just the same. Regardless, after The Hound fights through the surviving Kingsguard, and The Mountain simply flattens Qyburn’s skull against a rock as Cersei flees (a fittingly embarrassing end for Qyburn, I think), The Hound and The Mountain finally duke it out. It’s a pretty good fight too, especially with the backdrop of the ravaged King’s Landing providing an epic location for the long-awaited duel. The battle ends the only way it logically could as well, with The Hound ultimately tackling The Mountain off of a balcony, before they both plunge into the flames below. It may have been an epic fight, but the Clegane brothers ultimately die as senselessly as the innocents of King’s Landing, which, like I said, is the only way that this story turn could have logically panned out.

Speaking of the only logical end left for certain characters, Jaime does eventually reunite with Cersei (after killing Euron in a disappointingly anti-climactic duel), in a desperate effort to get her out of the city. In trying to follow a plan of Tyrion’s however, the two end up stuck underground, as a panicked Cersei continually declares that she doesn’t want to die. This was another of the episode’s better moments, admittedly, with Jaime embracing his sister and telling her that nothing else matters but them. This scene then ends with the two of them being buried under a bunch of rubble, and while their fate is not directly confirmed at this point, I can’t imagine that either of them survived. There’s nowhere else to really go with either of their characters, and I don’t imagine that the show’s other characters will ultimately be given the satisfaction of executing Cersei themselves. Anything is possible, but more than likely, these two are toast. I guess this is the best possible end that we could have asked for with both of their characters as well, with the prophecy of Cersei’s doom taking a surprisingly sweet turn, as Jaime’s hands embrace her neck, rather than choke them, as many viewers no doubt predicted.

When all is said and done at the end of the episode, King’s Landing lies in ruins, Daenerys takes the Iron Throne by force, all of Cersei’s remaining loyalists are pretty much dead now, including Cersei herself (again, I don’t know how she could have survived being buried under that much rubble!), and Arya is left to simply ride off on a white horse that’s inexplicably standing in the ash-filled remains. “The Bells” may have been a wonderful spectacle, but it’s another narrative dud that’s too quickly and frustratingly rushing Game of Thrones to an infuriatingly thankless conclusion. Daenerys suddenly becoming a full-on villain didn’t get enough time in the narrative cooker to really land to any believable degree, and that’s unfortunate, because she’s now the only tyrant that remains in Westeros, sure to provide the final inconvenient obstacle for Game of Thrones’ series finale the following week. At this point, the odds are looking more and more slim that Game of Thrones will manage to deliver a fully satisfying finale, and it’s genuinely heartbreaking to see one of the best shows in television history start getting so careless and clumsy at the finish line.

Game of Thrones 8.5: "The Bells" Review
Game of Thrones' penultimate episode, "The Bells" anchors itself on a very controversial decision by Daenerys, one that's spectacularly violent and tragic in the right ways, but narratively fails due to more rushed, unsatisfying storytelling.
THE GOOD STUFF
THE NOT-SO-GOOD STUFF
2019-07-07
71%Overall Score
Reader Rating: (0 Votes)
0%