It’s finally time to unveil the sheer scope of Neron’s and Tabitha’s grand plan for the souls of the Arrowverse, and true to form for Legends of Tomorrow, it’s a scheme that’s as bonkers as it is surprisingly clever. “Terms of Service” makes full use of Neron adopting the guise of Ray, now re-revealing himself to the public eye, and in turn outing the existence of magical creatures to a whole squad of reporters in Washington, D.C.! At the same time, Constantine is left to try and survive Hell, while also attempting to find a way to reclaim Ray’s soul and return it to the land of the living.

Unfortunately, the main drawback of, “Terms of Service” is that it’s another episode where most of the Legends are left disabled and helpless, while only a handful of key characters actually move the story along. Despite that though, this episode is a big improvement over the last one, with turns that carry noticeably more narrative weight. Of course, Constantine’s storyline has already been firing on all cylinders over the past several episodes anyway, and that continued here as well, with Constantine’s descent into the Arrowverse’s Hell easily serving as the highlight storyline of this episode. Obviously, some of the noticeable budget constraints of The CW prevent this universe’s take on Hell from being all that stylish or memorable, but at least the Arrowverse’s Hell still manages some seedy appeal, which manages to feel pretty true to the eccentric charm of Legends of Tomorrow, albeit with some added edge. 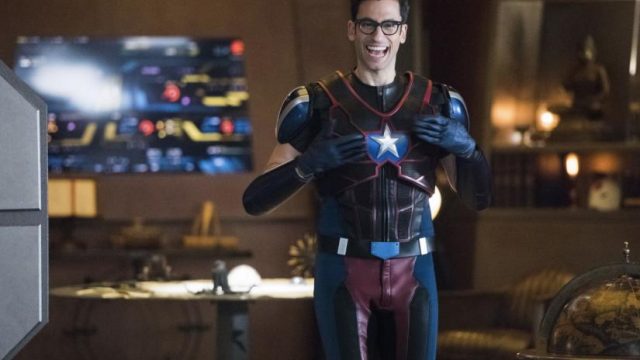 Constantine naturally provokes the attention of several demons and other such evil forces throughout Hell, but he does manage to make his way to a former contact that helps him get a meeting with The Triumvirate, comprised of arch-demons, Satan, Belial and Beelzebub, who all serve as the rulers of Hell in the Arrowverse, as with DC Comics lore. Seeing Constantine negotiate with the literal rulers of Hell itself is already tense enough, but the episode only gets better when Constantine is forced to choose between the soul of Ray, and the soul of Astra, the little girl who got banished to Hell so many years ago, in a story turn taken from NBC’s frustratingly short-lived Constantine TV series, the canon of which has since been retroactively folded into the Arrowverse.

This was a wonderful reward for fans that have stuck by Matt Ryan’s Constantine since NBC first brought him to the small screen, particularly when Constantine tearfully chooses Astra, sacrificing Ray in the process. This was not only a heartbreaking turn for Legends of Tomorrow, but one that also finally resolved a story thread that was obviously meant to be addressed on NBC’s original Constantine TV series, had it received additional episodes and seasons before being abruptly cancelled. As initially satisfying as it is to see Constantine finally have a chance at saving Astra however, this ends up being the wrong choice, in a superbly shocking twist! It turns out that Astra has since grown into a sultry and vengeful woman, who is now just as eager to torture Constantine as The Triumvirate! Astra chooses not to return to Earth even after Constantine chooses her as well, rendering Constantine’s deal null and void, and this in turn leaves Constantine imprisoned and about to be tortured not only by demons he formerly banished, but also by the adult incarnation of the young girl he formerly failed to save. This big twist with Astra is uncharacteristically dark for Legends of Tomorrow, but it’s nonetheless a fantastically tragic predicament for Constantine, now fully undone and at his lowest point, after giving in to his innate selfishness, at Ray’s expense. 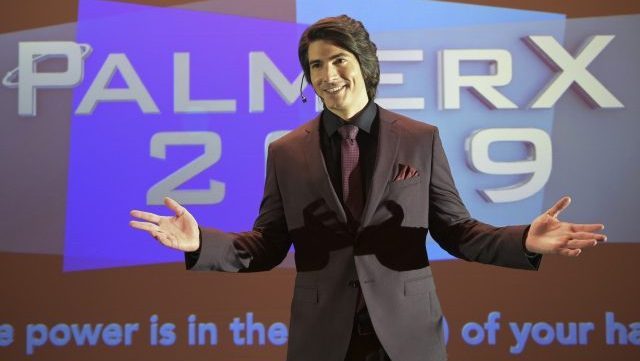 I must admit that Neron’s plan to capture souls is surprisingly ingenious too, in a funny and twisted way. It turns out that, after intentionally panicking people with the revelation that magical creatures exist, conveniently after forcing a captured Mona to transform into Wolfie right in front of an audience of reporters, Neron, as Ray, is going to sell people an app that allows them to track and report magical creature findings. The problem is that the app’s Terms of Service grants Neron exclusive rights to the user’s eternal soul, giving Neron extra capital through which to overthrow The Triumvirate in Hell. It’s weirdly brilliant, though surprisingly, the app is slow to launch at first. It’s not until Neron and Tabitha ultimately capture Charlie after she breaks all of the Fugitives out of the Time Bureau, and stays behind to ensure Mona can escape as well, that Neron comes up with a way to complete his agenda; Use Charlie’s transformations to make magical creatures appear to be attacking Washington in greater numbers!

Neron’s shaping up to be a huge improvement over Mallus from last season, and Tabitha is also nicely keeping pace, being the source of the Legends’ misery throughout this entire episode. Like I said, this unfortunately means that most of the Legends are effectively benched again, as Gary’s demands of his ‘fairy godmother’ force Sara and Ava, and later Nate and Mick, through a variety of increasingly humiliating scenarios, as Gary seeks revenge for his poor treatment. This is at least quite funny though, and does lend itself to a smart plot turn later, when Tabitha appears to show mercy on Nora, and helps her out more than once. It turns out however that this is a trap, since Tabitha can escape her fairy godmother curse if another witch touches her wand, which Nora does in an effort to try and save Mona! This not only frees up Tabitha to use her magical powers at will, but also ties Nora to Gary, who inadvertently sends Nora to Hell to rescue Ray and Constantine towards the end of the episode! Nora being forcibly sent to Hell does provide a convenient fix for Constantine’s otherwise inescapable mess, but Gary failing to realize that Nora is his fairy godmother is also pretty hilarious, as the team’s shouts fail to motivate Gary to turn his back before Nora is sucked into a portal on Gary’s command! 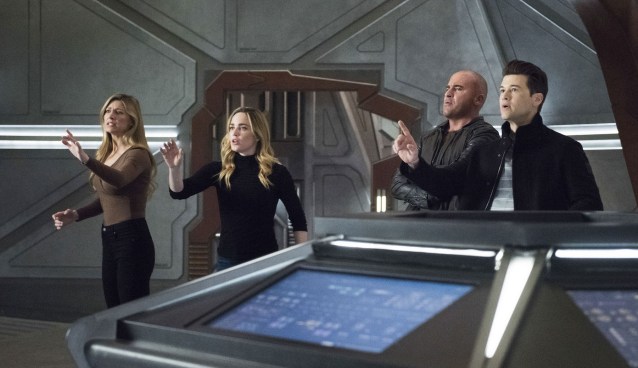 It sucks that only certain show leads are actually able to progress the battle against Neron and Tabitha at this point, but I suppose that Constantine finding a new enemy in a former failure also makes for an outstanding dramatic turn. It was also kind of nice to see Ava and the Legends finally apologize to Gary and fully welcome him into their circles, even if this had to come after Gary spent an entire episode taking comical revenge on them. On that note, Gary becoming a bit of a vindictive man-child, now that he’s no longer supposedly being controlled by his cursed nipple (the fact that he had Tabitha give him a huge third nipple for good measure is also pretty hilarious!), makes a thoroughly amusing amount of sense, and felt like a fitting punishment for the characters that have spent at least two seasons mistreating him and belittling him. Sara’s inspiring callback to Rip Hunter’s original vision of rounding up losers, and not cool superheroes, was a nice way to round off Gary’s official induction into the Legends’ circles too, nicely setting the stage for the climactic confrontation with Neron and Tabitha in the season finale. Overall, this has, “Terms of Service” functioning well as a penultimate episode for Legends of Tomorrow’s fourth season, particularly in finally giving the Legends a demon adversary that’s actually serving as an interesting and unpredictable opponent this time!