Before being asked to review The Guilty Party by Mel McGrath, I was unfamiliar with both the novel itself and the author behind it. I agreed to take a chance on it, though, thinking that the premise sounded somewhat interesting. Thrillers also tend to be my go-to genre, especially if I’m looking for something entertaining to read.

The Guilty Party is the story of four friends, who mostly live very posh and luxuriant lives in London. The Group, as they call themselves, consists of beautiful Anna, ladies man Bo, beloved Dex and outlier Cassie. Anna is married, and has a young child, and Dex is also married to an older man. Bo, a rich software designer who developed his own dating app, loves to play the field and put his algorithms to test. Cassie, meanwhile, is single, barely making ends meet, and lives in a shared flat with several other people. This is in stark contrast to the rich, luxuriant homes and lives that her friends — who pay for her to do things — seem to live.

This story takes place during their collective thirty-second years, and begins with a night out to celebrate Cassie’s birthday. At Bo’s expense, the Group’s members have all decided to venture to a music festival in Wapping. There, they do what they do best — drink, party, gossip and have fun. That is, until they witness a woman being raped at the end of the night, and decide to do nothing to help her.

When that woman is later found dead and presumed drowned in the Thames River, Cassie’s conscience starts to get the better of her. Despite this, she finds herself unable to go to the police, because she and her three friends all have secrets beyond what they witnessed. Secrets and misdoings that could potentially put them in jail for some time. Ones that may even tie them to the deceased.

You’ve likely guessed this by now, but if not you should know that Anna, Dex, Cassie and Bo are not very good people. They may give the air of being rich, happy, successful and nearly perfect people, but they are not. In fact, not one of these four is likeable, which makes it hard to relate to the story or care much about them. Cassie may have a strong conscience, but even she — our main character and narrator, if one had to be singled out — is not a particularly good person. You’ll find out why if you read the book.

Throughout the course of nearly four hundred pages, Mel McGrath tells a story that bounces between that August night (including the early hours of the next morning) and a weekend getaway the very next month. This one is to celebrate Bo’s birthday, for which he’s once again spared no expense. Their destination? A cottage dubbed Fossil Cottage, which is located on the Isle of Portland.

The plan is simple: Drinking until their livers cannot stand any more, while reminiscing about the good old days, when they all lived together after college and held down basic jobs. Back when they were two couples. In-between their drinking and other forms of partying, they plan to try to sample the local menu, through the use of Bo’s app or their own personalities. Things don’t go as planned, though, because what they all witnessed becomes the elephant in the room. 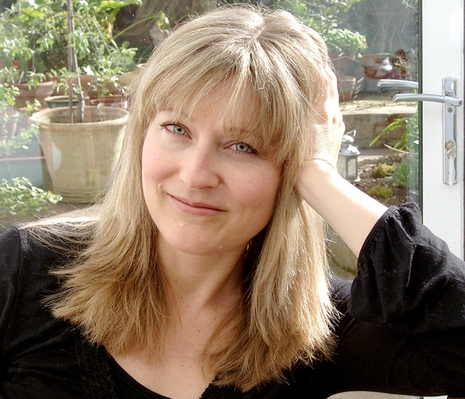 Something else you should know about these terrible people is that they collectively own, populate and gawk at a little black book. Said ‘book’ takes the form of an encrypted cloud server, where the four take pleasure in uploading naked pictures of their sexual conquests. Not just pictures, either. Accompanying those unaware folks’ photos are statistics and ratings of their sexual abilities.

I told you they’re despicable.

Although I read through the entirety of The Guilty Party, I didn’t really enjoy it all that much. For starters, I’m not one to drop or ‘DNF’ books very often. Furthermore, part of me was interested in finding out how it would all end, even if I disliked the characters, found the book to be somewhat tedious, and didn’t have all that much fun reading it. I guess part of me hoped that everything would implode on these assholes.

Nothing about this novel was particularly good, nor easy to recommend. It started off poorly, was sometimes tedious to read, and didn’t get a whole lot better. There were times where it seemed like things were improving, but they didn’t last very long. It didn’t help that a lot of the twists were telegraphed early on, through returns to that night in August and the evening preceding it. By the end, I had figured most things out, and was only surprised by how far these terrible, atrocious people were willing to go. Hell, sometimes it was even like reading a cheesy soap opera.

The writing was quite hit and miss, and was full of a lot of British slang, which made certain parts more difficult to read for someone who’s not from there. Certain passages were pretty well written, but there were also numerous mistakes (duplicate words, missing words and the like), alongside lots of repetition, some mediocre at best writing and a heavy dose of slang. I was able to get the gist of what most terms meant, though.

I’d held off on writing this review, because I was unsure of what to score The Guilty Party. Reason being is that, despite how trashy it was in some respects, it still intrigued me enough to read until the end, in order to find out what would happen. It wasn’t particularly good in any sense of the word, but it also wasn’t terrible. It falls somewhere in the in-between, in whatever crevasse exists there.

Should you spend your hard earned and limited money on this book, and spend as many hours as it’ll take you to read it? No.

This review is based on a physical copy of the book that we were provided with by its publisher. Thank you to Harpercollins for sending us out a copy.