Now that Andre’s plot has been executed, all of New Orleans finds itself under the divine influence of Andre’s spiritual Blue Note-spewing trumpet, resulting in citizens across the city gradually disappearing into the back stage at Andre’s Darkforce-powered record store. “Level Up” thus forces Tandy and Tyrone to once again come together for the fate of New Orleans. This provides the foundation for a pretty exciting and dramatic second season finale for Cloak & Dagger, one that contains a lot more action than the series is normally known to deliver, as Tandy and Tyrone must push their respective powers to their limits in the fight to stop Andre for good!

Evita once again becomes an ally to Tandy and Tyrone here too, since she’s the one who has to open the door to the Darkforce Dimension, thus allowing Tandy and Tyrone to confront Andre directly. The collapse of Tyrone’s and Evita’s romance officially seems to have happened entirely off-screen, which is a pretty big let-down, especially when Tyrone makes a big display of not wanting to face Evita again. What exactly happened between these two that was such a big deal? Sadly, it looks like we’ll never know, since Evita simply overhears Tandy and Tyrone arguing about the threat facing New Orleans, and agrees to help. Mayhem even shows up while Evita becomes menaced by Darkforce defenders, fighting them off while Evita consistently prays to keep the gateway back to the real world open. 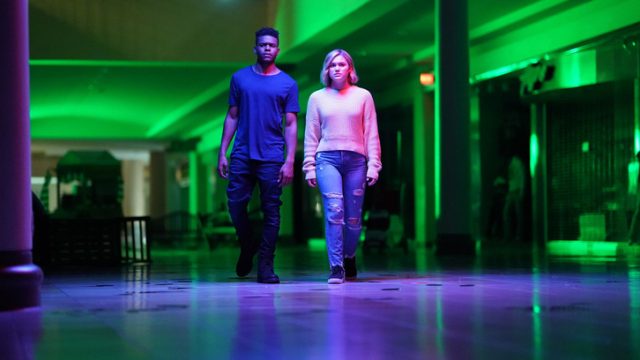 Predictably, Andre’s abuse of his Darkforce abilities has left the Darkforce Dimension in disarray, with the usual paths now being destroyed or blocked off, forcing Tandy and Tyrone to rely on alternate means of getting around. This doesn’t ultimately matter much though, since any resistance to finding Andre is minimal at best, with Tandy and/or Tyrone consistently and quickly deducing paths forward anyway. In that case, why bother with the big show of Andre wrecking the Darkforce Dimension then? Still, I guess it is good to see Tandy and Tyrone working perfectly as a team again, especially with a burning candle serving as a time limit for their battle against Andre, threatening to trap the two heroes in the despair-enriched Darkforce Dimension forever at any moment.

The actual confrontation with Andre is suitably creepy and psychologically gripping as well. Once Tandy and Tyrone discover the citizens of New Orleans, including Melissa, under the trance of Andre’s trumpet, they try to attack him, though Andre proves to be immune to their abilities. Instead, Andre uses his despair-fueled powers to trap Tandy and Tyrone in their own never-ending psychological battles, forcing them to face their despair head-on. Tyrone’s despair manifests as a ‘perfect’ version of himself, one who was allowed to achieve his perfect potential and never actually be ruined by the trauma of Billy’s loss, while Tandy faces her father, who points out how much she’s failed to break away from his tainted legacy. Fortunately, this provides an excuse for more action, even if it’s entirely within the lead characters’ minds, as a big extended fight scene plays out, one that’s nicely timed with Mayhem fending off Darkforce spirits in the real world all the while! 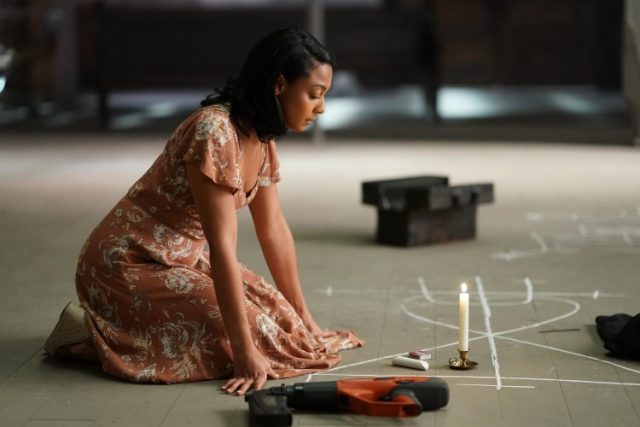 The result of this fight is pretty cool as well, particularly how the hopes and fears powering both Tandy and Tyrone wrestle with the despair-affecting powers of Andre. Andre even manages to counter Tandy and Tyrone intentionally switching opponents, relying on their devotion to each other to overcome the other hero’s despair, which is another nicely dramatic turn! Ultimately though, Tandy and Tyrone do manage to fully overcome the despair in their minds, with Tandy emerging from Tyrone’s cloak to deliver a seemingly fatal dagger blow to Andre! After the two then return to the record shop, Tandy and Tyrone put on Andre’s record of despair, leaving him to die in the Darkforce Dimension before the candle blows out, and the two heroes return to the real world successfully, with New Orleans having been saved once again!

Tandy and Tyrone following through with killing Andre didn’t ultimately have much consequences or fallout though. In fact, if there was one major issue with this season finale, it’s the fact that many character resolutions within it felt rushed. This ties into what I was saying before, about the season running out of room to properly flesh out and see through several of its character conflicts. Melissa’s relapse immediately proves to be pointless, as does Adina killing Connors, which is simply solved by Mayhem dropping Connors’ body off at the NOPD precinct unseen, making it appear as if Connors killed himself. Clearly, that won’t stand up to a coroner’s examination, especially since the guy is filled with bullet holes, but whatever, I guess there’s no time to cover that. Lia getting community service for her crimes at least fits though, and Tandy and Tyrone traveling the world to make an honest go at being heroes does seem promising, potentially providing a fitting exit for their characters if Cloak & Dagger doesn’t end up being renewed for a third season. 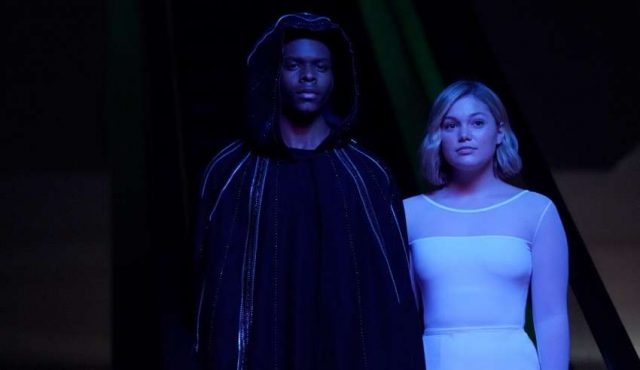 Hopefully, Freeform does order a third season for Cloak & Dagger before long though, because it’s very clear that the show is not yet done with its various story arcs. There’s still a ton of potential fallout to explore with Connors’ and Andre’s deaths, as well as Mayhem now being the dominant personality for O’Reilly, among other things. I guess that would mean finding a way for Tandy and Tyrone to return to New Orleans after their travels together though, and frankly, I would be just as happy to see the show shift locations, and try for a radically altered new story arc in Season Three, even if it’s temporary. Whatever ends up happening with Cloak & Dagger from here though, “Level Up” nonetheless serves as an exciting and dramatic climax and resolution for the battle against Andre/D’Spayre, even if the season had to rather clumsily tie up its many lingering story threads, with mixed results. At least the show closed out its second season on a pretty action-packed note though, one that leaves Tandy and Tyrone primed to fully embrace their heroic destinies as the Divine Pairing, regardless of where the Marvel Cinematic Universe may or may not take them next.