Fitz and Simmons have finally been brought back together for the first time during Agents of S.H.I.E.L.D.’s current season, and as expected, the show’s latest episode centers heavily around the long-awaited reunion between the two brightest minds at S.H.I.E.L.D. “Inescapable” in fact revolves almost entirely around Fitz and Simmons, with the rest of Agents of S.H.I.E.L.D.’s ongoing story arcs sitting out an additional week, so that the show can catch up with these two star-crossed lovers, now that they’re finally together again. There’s a lot to unpack as well, considering that Fitz and Simmons have both had some very dramatic experiences over the past year or so, Simmons especially, since she’s already had to watch Fitz die in this timeline, specifically during the end of the Season Five finale.

The emotional fallout of everything that Fitz and Simmons have recently gone through is further compounded once Fitz proposes to Simmons again, only to have this moment interrupted by Atarah. Atarah informs the two S.H.I.E.L.D. agents that they have been locked inside of a mind prison, with their respective memories and knowledge pooled together, so that they may both figure out the secret to allowing the Chronicoms to travel back in time. If Fitz and Simmons resist the prison, they’ll suffer insanity and emotional collapse. Thus, the only way out of the mental prison is to successfully figure out time travel. No pressure. As you can imagine however, this solution is moot, because Fitz and Simmons immediately defy their present circumstances, in an effort to try and escape together. 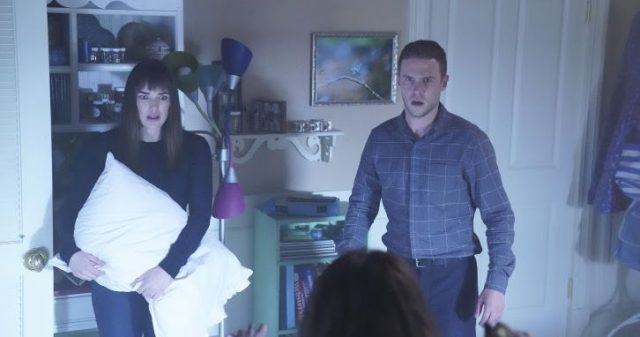 This kicks off by Simmons reverting back into a child, having thought back to her past in relation to how to solve the problem. This is both cute and nicely foreboding, and kicks off what’s probably another of the strongest episodes that Season Six of Agents of S.H.I.E.L.D. is set to deliver! Fitz quickly grows impatient with the child Simmons, despite the interesting look into Simmons’ early years as a budding scientific mind, and only manages to snap his wife back to adulthood once he threatens to summon Aida into the mental construct. This snowballs into a series of conflicts that just keep stretching into more pain and more trauma for both Fitz and Simmons, particularly when this initial spat is quickly and inevitably followed by Fitz learning that he’s already died a year previously, during the battle to stop Graviton in the Season Five finale.

Both Iain de Castecker and Elizabeth Henstridge beautifully brought the drama from here, with this episode marking both of some of their best performances as Fitz and Simmons, respectively to date, and that’s saying quite a lot! Fitz being forced to confront the fact that his reality no longer makes sense, in turn leading to Simmons starting to let out her repressed inner demons, leads to both of Fitz’s and Simmons’ darker selves coming out in their otherwise pleasant memories, which naturally become the basis of the Chronicoms’ mental prison. For Fitz, this obviously means a return by Leopold, Fitz’s HYDRA persona from the Framework. For Simmons, her own anguish manifests as a monstrous, Samara-like version of herself, with the two scientists’ respective dark doppelgangers eventually attacking the opposite spouse. 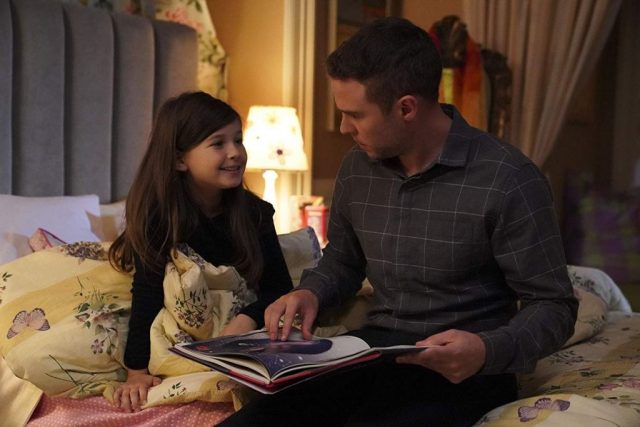 This created a wonderful new dark spin on Fitz and Simmons sharing a brain together, which is in turn addressed by another memory, namely of the two first being recruited by Coulson back at S.H.I.E.L.D. academy over half a decade previously. In sharing mental imagery, the two come to realize that the source of all of their pain and misery appears to be each other, with both of their lives being simple before they agreed to join Coulson’s team in the field together. This results in a very prolonged argument between the two, once they’re eventually cornered, and despite calling in mental projections of Daisy and Mack to try and save them, it appears that there truly is no escape. Thus, Fitz and Simmons have nothing left to do but scream at each other over how much they’ve suffered, and how much they’ve been through. It’s a challenging thing to watch for fans of their characters, but a wonderful examination of the toll that their respective story arcs have taken on them since this show started in 2013, especially recently!

Fortunately, Fitz and Simmons inevitably do reconcile after they realize that, despite all of their pain, they never once abandoned each other. Atarah then comes back into the mental prison to tell them to get back to work, only to be disabled by Enoch. Enoch then uses one of the Chronicom teleportation disks to bring Fitz and Simmons somewhere else, before Simmons quickly tells Fitz that he’s a grandfather. This was a very funny way to re-address the mess of Deke now existing in the present, something that I’m sure Fitz will get exasperated by all over again, once he inevitably makes his way back to Earth. The real question now though is how Enoch’s betrayal of his own kind will affect things, going forward. Both Enoch and S.H.I.E.L.D. have officially made enemies of the remaining Chronicom forces, which is the last thing that they need at this point, considering that the threat of the Shrike has now come to Earth. The menace of the Shrike is only marginally more manageable than Sarge’s crew being determined to destroy the planet as well, in order to hopefully stop the scourge of the Shrike for good. 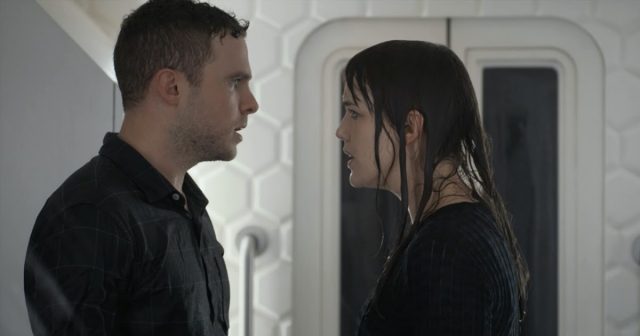 We should be getting back to that mess in the following episode, but for now, “Inescapable” proves to be a wonderful episode of Agents of S.H.I.E.L.D., one that’s psychologically complex and highly rewarding for both Fitz’s and Simmons’ characters. Fitz and Simmons facing the worst in themselves and each other, and coming together in the end, is well-earned and rewarding after so much traumatic imagery. Enoch choosing humanity over the Chronicoms in turn is bound to create some more exciting challenges for the S.H.I.E.L.D. crew down the line as well. It seems like Fitz and Simmons may finally have a hotline back to Earth at long last to boot, now that Enoch has made off with Chronicom technology. This boon couldn’t have come at a better time either, since Fitz and Simmons will no doubt be essential to stopping the menace of the Shrike, without having Earth destroyed in the process. The question is then, can they get back to Earth before Sarge and his goons enact their own nuclear option?