Despite the Bureau of Normalcy now seemingly being destroyed, the Doom Patrol’s current challenges don’t appear to be letting up at all. Fortunately, the next important step in the team’s plan to locate The Chief happens to be right under their noses, when it’s revealed that the mysterious superhero that they’re looking for happens to be in the Ant Farm! “Flex Patrol” provides a proper introduction to Flex Mentallo for Doom Patrol, which, in the case of the delayed Canadian broadcast for DC Universe’s current best series, is the start of a three-part season finale event, all of which appears to have simply been dumped on Crave on the DC Universe’s usual Friday, rather than the series’ usual Tuesday Space Channel airings for Canadian viewers.

Whatever the case, after some of the less successful elements of the previous episode, “Flex Patrol” once again returns Doom Patrol to excellent form, splitting the leads between the season’s two most pressing issues. The core storyline of the episode involves Cliff and Jane trying to put their heads together in order to figure out a way to restore the amnesiac Flex Mentallo’s memory, while a subplot unfolds at a local hospital, wherein Vic and Rita try to make sure that Silas is looked after. Larry also plays something of a role in the main Flex Mentallo storyline, though he does so primarily in flashback, after his negative energy spirit reminds him of a surprising hand that Larry had in Flex’s own torment, back during the 1960’s. 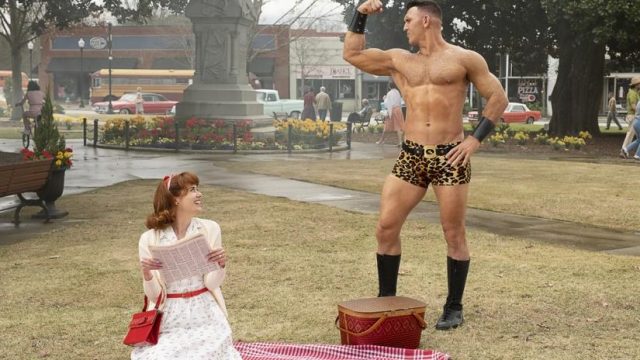 So, as it turns out, the mysterious, “Prisoner 722”, who was formerly communicating with Vic during his recent incarceration at the Ant Farm, is none other than Flex Mentallo, the very 1960’s-era superhero that the Doom Patrol was pointed to by Danny the Street, who can supposedly help the team locate The Chief once again! The problem however is that decades of mental conditioning at the Ant Farm has predictably left Flex with memory loss, having no idea who he is, or what he can do. A flashback early in the episode gives viewers an early peek at Flex during his glory days in the mid-1960’s though, revealing that his powers allow him to alter the parameters of reality whenever he flexes his muscles. It’s another absurd, yet weirdly compelling superpower, nicely fitting in to the eccentric storytelling of Doom Patrol, which always does a great job of finding clever ways to celebrate the weirdest and most head-scratching elements and characters from DC Comics history, which Flex Mentallo is definitely among!

Most of the episode doesn’t achieve much forward momentum, but the hilarious entertainment value of watching Cliff and Jane try, and subsequently fail, to restore Flex’s memory nicely carries the episode on its own. It’s not until Jane, using Flit’s teleporation powers (which is how the team and Flex originally warp out of the Ant Farm in the first place), brings an elderly Dolores back to Flex, that Flex finally remembers who he is. This made for a perfect complement to the humourous and zany ways that Cliff and Jane previously tried and failed to jog Flex’s memory, which originally leaves him just wanting to watch his crappy soap opera, even when Cliff initially destroys the TV, merely making Flex cry. As Flex and Dolores finally recognize each other again though, a Bureau of Normalcy failsafe causes Dolores to be disintegrated, throwing Flex into a rage, whereupon he blacks out the entire nearby town, including Doom Manor! That obviously can’t be good…

Larry’s subplot also played well into the core Flex storyline throughout the episode, being nicely cut between the present-day shenanigans shared between Cliff, Jane and Flex. After Larry’s negative energy spirit once again triggers a prolonged flashback, we see that Larry used to be imprisoned next to Flex at the Ant Farm in 1964, back when Flex was aware of his identity, and determined to escape. Larry’s spirit can apparently communicate with Flex, resolving to escape with him, but Larry has seemingly given up hope, no longer wanting to face the real world. Larry’s lack of resolve eventually leads to Flex being held hostage by the threat of Dolores coming to harm too, which in turn leads to Flex submitting, and eventually being conditioned to forget who he is. While the spirit was trying to point Larry to Dolores, rather than torment him, the theme of Larry’s past failures once again strikes with strong emotional resonance. Larry may have come a long way, but like the rest of the Doom Patrol, the sins of his past continue to haunt him to this very day, threatening to undo his character just as much as it could bolster it.

As for the subplot with Rita and Vic, it also goes over pretty well, albeit primarily on Rita’s end. Vic felt like the only slight casualty in an otherwise excellent episode, since he’s left to do nothing but mope around about Silas, while still refusing to use his technology and track the Beard Hunter. This leaves Rita forcibly separated from the core Flex Mentallo storyline, though in the process, she does encounter a kindly old man at the hospital, who eventually talks her into revealing her own big mistake from the past. Apparently, the fateful movie that led to Rita gaining her powers and present condition was a result of Rita trying to regain lost relevance by finding girls to feed to lecherous producer, Gene, one of which eventually became pregnant. Rita paid the girl a pittance, only to then learn that she would take her own life a week later, leaving the baby without anyone. Rita’s emotional confession provides a great sense of increased maturity and owning her mistakes, continuing to nicely evolve and expand upon her character, even though the kindly old man turns out to be Mr. Nobody in disguise, who is simply becoming impatient with how long it’s taking for Doom Patrol to become an actual ‘fun’ superhero show. 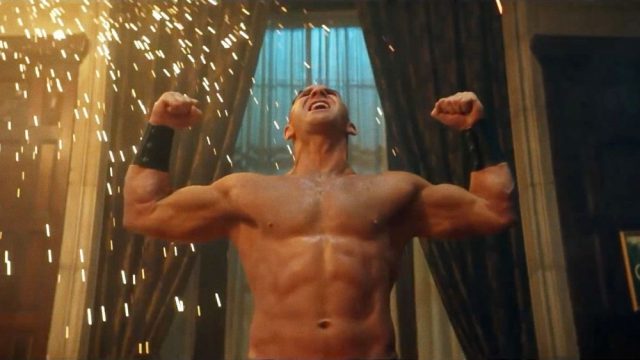 “Flex Patrol” provides a fantastic way to properly introduce eccentric DC hero, Flex Mentallo into Doom Patrol, while also providing lots of great story material for the show’s established leads. Vic having no real character drama to explore, despite violently beating his father to within an inch of his life in the previous episode, feels like a let-down, but it’s tough to dwell on this too much, when the rest of the episode is so superb. Larry and Rita finding indirect ways to keep exploring their own character drama through current events is very satisfying though, even when the humourous challenge of Cliff and Jane being saddled with trying to restore Flex’s memory easily serves as the main draw of this episode. It may ultimately be for naught though, since Flex recalling who he is, and losing his wife in the process, potentially seems to have created yet another weird, but undeniably dangerous obstacle for the Doom Patrol. At the very least, like Mr. Nobody says, we can now at least look forward to a thrilling superhero climax for Doom Patrol’s first season though!

Doom Patrol 1.13: "Flex Patrol" Review
Doom Patrol returns to excellent form with, "Flex Patrol", which delivers superb storylines for most of the show's leads, while providing a fittingly funny and tragic introduction for Flex Mentallo to the series.
THE GOOD STUFF
THE NOT-SO-GOOD STUFF
2019-08-13
93%Overall Score
Reader Rating: (0 Votes)
0%