Now that Izel has once again gained the upper hand on Agents of S.H.I.E.L.D., and has taken both Mack and Yo-Yo with her, the remaining S.H.I.E.L.D. crew scrambles to form a last plan of attack, as their latest arch-villain approaches her endgame. “From the Ashes” quickly hits the ground running with an appropriately breathless pace between both major storylines, as Mack and Yo-Yo try and gain any sort of advantage against Izel, simultaneously with the rest of the S.H.I.E.L.D. agents on the ground trying to formulate a way to destroy Izel for good, while also determining just what the increasingly powerful Sarge is truly capable of, now that they know what he truly is.

The fascinating quest to break Sarge practically steals much of the episode single-handedly, even though the material on the Zephyr is just as compelling in many respects. The drama at S.H.I.E.L.D. HQ certainly runs especially high however, as May tries and fails to get through to Sarge, prompting an impatient Daisy to impress upon May that Sarge is not Coulson, and should be treated as an enemy combatant with valuable intel. This was a fantastic opportunity to spotlight the separate perspectives of the two women who were closest to Coulson when he was alive, while also re-exploring the original dynamic with Daisy and May, wherein May was Daisy’s S.O. Ultimately, Daisy decides to go against May’s advice, and May says that whatever happens next is on Daisy, particularly if another tragedy occurs at the base! 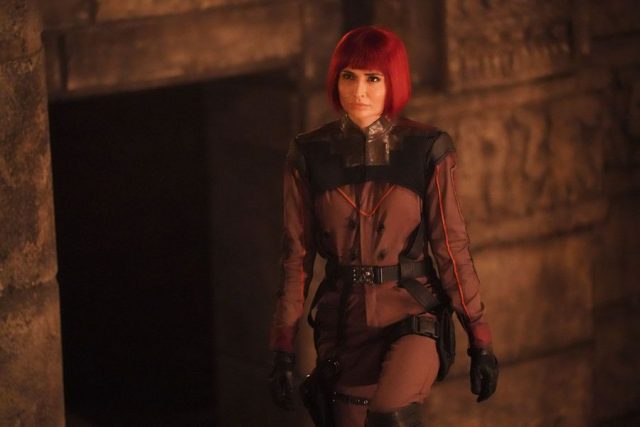 Daisy certainly doesn’t pull punches too! After assuming the worst of Sarge, and noticing that his strength is increasing, Daisy decides to get right to the heart of the problem by bluntly interrogating Sarge, right before snapping his neck with her own powers! This proves to be a very risky move, one that shocks Fitz and Simmons in particular, but Sarge does end up recovering once again, this time with even more memories related to Coulson’s former experiences at S.H.I.E.L.D. Despite being Pachakutiq, and forming into a Coulson clone with destroyed monolith energy, Sarge starts taking on not only more of Coulson’s memories, but also more of Coulson’s characteristics. This isn’t apparent right away however, since Sarge eventually knocks Daisy away with no effort, and simply blasts his way out of containment!

Rather than provide an obstacle though, Sarge instead appears to be looking for something, giving the episode a convenient opportunity to take a quick break from the Sarge issue. While Sarge wanders aimlessly, Daisy is thus motivated by Simmons to finally read the letter that Coulson left for her, the contents of which we’re never directly relayed, but Daisy’s reactions pretty much say it all. This eventually results in a dramatic and emotionally charged decisive confrontation between Daisy and Sarge, with Daisy initially determined to finish Sarge off herself, using the harmonic sword that was derived from the blades that are necessary to kill the Shrike. After seeing that Sarge was looking for the sword all along however, so that he could sacrifice himself and prevent further destruction for Izel, Daisy realizes that Sarge does indeed have Coulson’s memories and noble nature in him, prompting her to drop the sword and tearfully embrace Sarge, before shortly after reconciling with May. This was a beautiful moment that finally allowed Daisy to come to terms with her own pain over Coulson’s loss, while also seemingly giving Sarge a true opportunity to fill Coulson’s shoes at S.H.I.E.L.D., should he ever choose to do so. 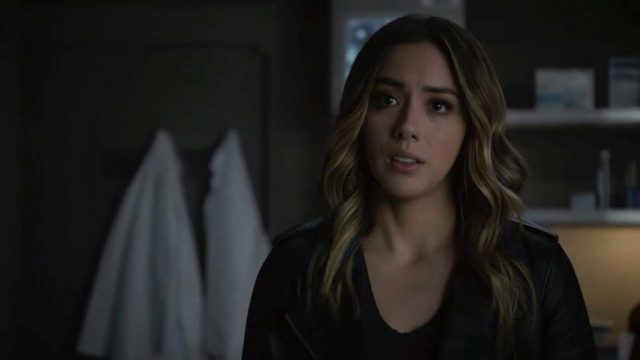 Outside of the Sarge conflict, the other efforts to try and stop Izel constantly proved exciting to watch as well. Piper felt a little bit shoved into the background though, mind you, despite the show’s clear desire to have her be the one grieving most over Davis, something that the show made pretty obvious with their over-the-top, yet strangely affectionate rivalry while out in space together. The scientific trial-and-error by Fitz and Simmons did provide a really nice down-to-earth brainstorm session about how one could possibly stop Izel’s ability to possess people though, providing a lot of satisfaction for viewers, now that Fitz and Simmons are finally reunited, and allowed to work for S.H.I.E.L.D. as head researchers, just like old times. Deke humourously interjecting to repeat what Fitz and Simmons say every so often, trying his very best to appear useful, is also kind of adorable. This even leads to a really great payoff as well, when it’s actually Deke who comes up with the solution to finally stopping Izel, namely in noticing that Sarge’s powers and the blue blades both give off a particular harmonic frequency. As goofy as he appears, Deke really is a great mind in his own right, and it’s awesome to see him also earning his place at S.H.I.E.L.D., while in turn also earning the respect of his grandparents.

Mack and Yo-Yo end up proving a lot less successful with their own plans to try and slow down Izel, but the episode kept the suspense very nicely high here, especially when Mack and Yo-Yo try every noteworthy idea in the book to try and counter the newest threat to the Marvel Cinematic Universe. Benson also finally returns in this episode to boot, after Izel tricks Yo-Yo into revealing him as the one studying the monoliths and how they can work, and when Yo-Yo also successfully tips Benson off that Izel is hiding in Mack’s body, Izel is forced to come out and coerce Benson into helping her along. The way that she does this is exceptionally emotionally ruthless too, as she utilizes the Gravitonium device that’s full of monolith energy to conjure back Benson’s late husband, before killing him again, as a form of torture! This naturally leads to Benson telling Izel where she can use the monolith energy to open a portal to her world, though Mack and Yo-Yo at least get Benson out of the Zephyr after some trickery, which allows S.H.I.E.L.D. to get a bead on where Mack and Yo-Yo end up being held– A secluded temple in the Yucatan. 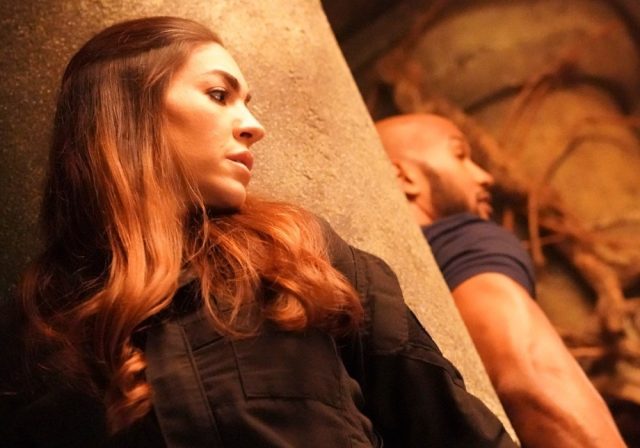 Even as Earth’s fate once again hangs in the balance, as S.H.I.E.L.D. now races to the Yucatan as fast as they can, with Sarge in tow, the Chronicoms also finish extracting useful mental data from Fitz’s and Simmons’ psychological projections out in space as well, foreshadowing them as the next major threats on the show. After Atarah objects to conquering a new planet and turning it into Chronica III soon afterward, she even ends up being murdered by the other Chronicoms, hinting that the inevitable defeat of Izel will just lead to yet another new problem for S.H.I.E.L.D. in the near future. Fortunately, with Season Six of Agents of S.H.I.E.L.D. now headed into its two-part season finale at this point, “From the Ashes” kept the tension and drama at an exceptional high, while still keeping Izel in the power position throughout. Sarge finally fully awakening to the lingering memories of Coulson also presents a potentially interesting character shift, though considering how ruthless Sarge has been throughout this season, hopefully the show doesn’t end up retconning him into just the next Coulson during next year’s seventh and final season. Regardless, the race to stop Izel is about to hit what’s hopefully a very exciting crescendo, even as S.H.I.E.L.D.’s threats yet still continue to multiply in the background…