Legion is rapidly approaching its ultimate endgame, but it seems that we still have a bit more character territory to explore before that point. After David once again gets away with Switch, Syd’s mind becomes lost in the Astral Plane, following David’s various Legion personalities attacking and incapacitating her during her attempted body swap with her former boyfriend. “Chapter 25” thus details how Syd’s lost mind is eventually found by none other than Oliver and Melanie Bird! As teased at the end of last season, the Bird’s have begun a happy life together in the Astral Plane, seemingly without aging, nor any other real-world problems.

The exception of course is a new character, Jerome the Wolf, played in a standout guest turn by Jason Mantzoukas. Serving as a manifestation of real-world problems and harsh truths, Jerome continually tries to torment and blow down the houses built by Oliver and Melanie, in a fairy tale-esque style that feels fittingly true to the Astral Plane. Around the same time that they take in Syd, currently in the form of a baby that gradually grows up under the Birds’ care, Oliver and Melanie also adopt a lost young woman named Cynthia directly from Jerome, who has allegedly gone mad in the real world, resulting in her mind also being lost in the Astral Plane. 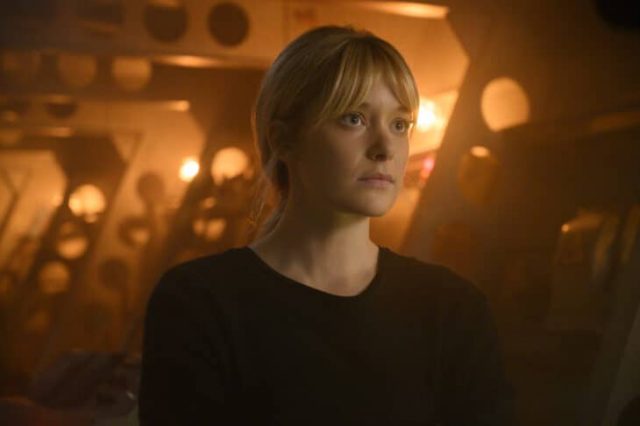 The idea of the Astral Plane being where someone goes after they’ve lost their grip on reality is interesting, and it leads to a noticeable uptick in Legion’s writing to boot. It’s kind of ironic that some of the best episodes of Legion’s final season are the ones that actually don’t focus on David himself, but regardless, seeing Syd live an idyllic second life with Oliver and Melanie feels both intriguing and strangely gratifying. As a character, Syd has suffered so much, and been deprived of so much, but now she’s finally being given a chance to have the love and support that she never truly got during her previous youth. Syd’s time in the Astral Plane may be pretty fantastical, but it feels nonetheless satisfying to watch, even after Jerome forces the Bird family to migrate into a city area, one that’s noticeably dingier and seedier than the wooded area that they previously lived in.

Around this point, Cynthia also leaves the family, resulting in another interesting conflict for Syd, particularly now that she no longer seems to have her mutant abilities in the Astral Plane. After being tempted by Jerome, Syd ultimately rejects the wolf’s offers, and instead tries to motivate Oliver and Melanie to save Cynthia. This eventually culminates in, hilariously enough, a rap battle between Oliver and Jerome, which is so funny and twisted that it easily serves as a highlight moment for the entire season! Oliver is victorious in the end too, but Cynthia ultimately leaves with Jerome anyway, claiming that she doesn’t want to be saved. It’s here however that Syd realizes that Oliver and Melanie were not keeping her safe from the real world, but preparing her for it. After all, Syd is now the only one who can truly stop David, particularly with Farouk now being lost in the space between time. 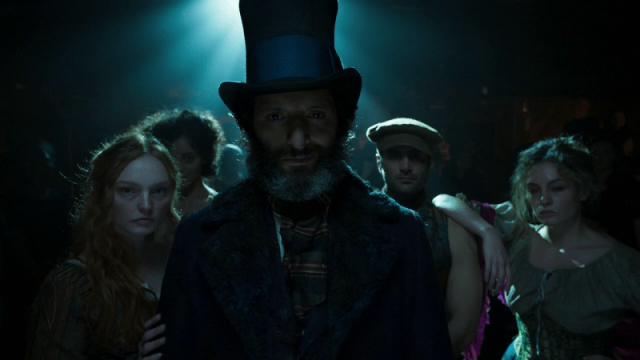 Syd is thus returned to the real world, awakening where she fell, and manages to get the injured Kerry back to Cary. The time door left by David and Switch remains open as well, giving Division 3’s finest one last shot to stop the powerful Legion from destroying the world. To make matters worse, the Time Eaters return to boot, having been provoked by David’s and Switch’s latest trip into the past. With time once again running out, Cary must absorb Kerry’s injuries so that she’s in fighting shape alongside Syd, before all three jump into the time door, shortly before it closes, and shortly before the Time Eaters get them. With the world now seemingly in dire jeopardy, Syd, Kerry and Cary thus resolve to stop David for good, as the race is on to find where David has gotten to in the past, before he can do any more damage.

Despite David not truly appearing in this episode at all, beyond some brief flashbacks in Syd’s mind, “Chapter 25” serves as possibly the best episode within Legion’s final season. The second life lived by Syd in the Astral Plane is one that is clever, emotional, and provides the character with the last mental tools that she needs to hopefully stop David once and for all. Moreover, this episode provides a satisfying final resolution for Oliver and Melanie, who have been absent for this entire season before now, but their prolonged presence on this show during its first two seasons nonetheless deserves a fitting and extended epilogue. With just two episodes remaining, the rest of Legion’s run will no doubt be dedicated to stopping David for good from here, and fortunately, Syd is now in a stronger position to do so than she’s ever been!