It turns out that there are yet more shady secrets going on behind closed doors at Krypton’s Fort Rozz, as Zod prepares his final offensive against the resistance on Wegthor. This conveniently doubles as a defense for Brainiac to boot, after Brainiac’s ship briefly appears in Krypton’s orbit, before snatching the infant Jor-El, and vanishing into the cosmos. Thus, “Mercy” picks up with Seg and Nyssa realizing that it’s impossible to reclaim their son at this point, while Zod continues to try and get Doomsday under his control, with the aid of another surprising creature from Superman lore, one that also ends up reversing one of the most bold and unexpected twists of Krypton’s second season at this point.

If you’ve been wondering why the death of Lyta hasn’t suddenly blinked Zod out of existence, considering that the DC Universe generally operates on a singular-timeline rule for each of its parallel Earth’s (though this is debatable in the case of Krypton, which has already changed the past so that Zod should no longer be a tyrant, at the very least), that’s finally explained in this episode. It turns out, in a turn that I somewhat predicted shortly after it happened, that Lyta wasn’t actually killed on Wegthor. In true DC Universe fashion, the Lyta that was killed by Jax was actually a clone, with the real Lyta having been held captive by Zod since shortly after Seg’s initial disappearance into the Phantom Zone, during Krypton’s Season One finale! 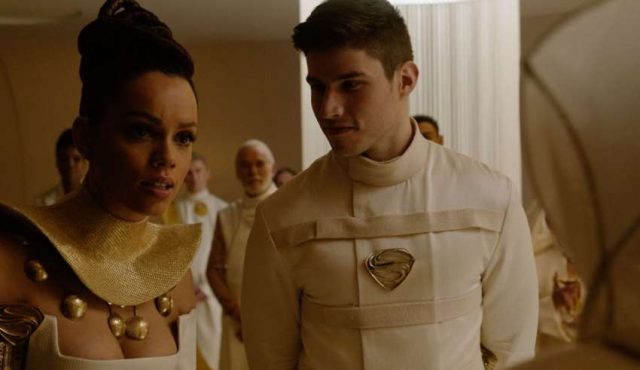 Like I said, it was always very doubtful that Lyta’s ‘death’ would stick, considering that Krypton is obviously not going to kill off its central female lead during the show’s sophomore season. The explanation behind where the real Lyta has been the whole time is actually pretty clever too, especially for Superman fans! It turns out that Lyta has been held captive in Fort Rozz by a Black Mercy, the parasitic otherworldly plant from the famous Superman comic book storyline, “For the Man Who Has Everything.” Since Zod is from the future, he took a Black Mercy with him to Krypton, and used it to subdue Lyta, trapping her in a fantasy world wherein everything in her life has gone perfectly, up to and including the fact that Lyta is now formally allowed to bond with Seg. This also handily explains why Seg saw Zod strangling Lyta in the Phantom Zone, which actually did happen in real time, and is likely how Lyta was trapped in the Black Mercy, before Zod created a mentally reconditioned clone of Lyta to serve in his army.

Regardless, Lyta gets to live an idyllic fantasy on Kryptonopolis while under the influence of the Black Mercy, binding with Seg, having a perfect relationship with her mother, and being allowed to leave life in the Military Guild of Kandor. Nyssa is even bonded to Dev in this fantasy, perfectly solving that problem too! This is a very cool idea, and one that could easily take up an entire episode, even though the Black Mercy of the Krypton universe no longer appears to kill its host. This plays contrary to the majority of DC media, where the Black Mercy is actually quite dangerous, and there’s usually a pressing time limit to get a member of the Superman family out of its grasp. In many respects, especially considering that the Black Mercy no longer appears to be lethal in the Krypton universe, there’s not quite enough time spent on Lyta’s fantasy, especially when she recounts it for Jayna and Dev, after she inevitably gets freed and quickly reunites with them, rather than us seeing Lyta reject her fantasy in real time. 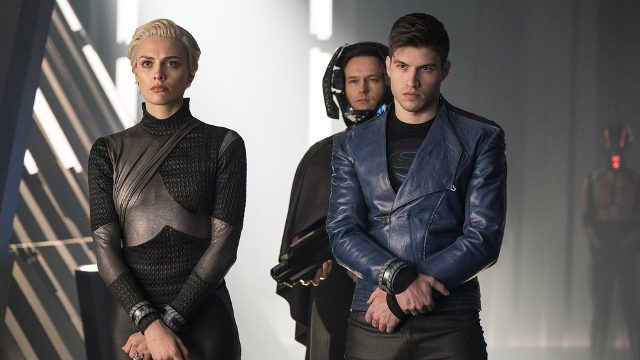 The events leading up to this reunion with Lyta kick off as Jayna and Dev find Seg and Nyssa in the Fortress of Solitude, arriving with word that Zod is about to finalize his fleet of ships. That’s before Zod uses the Black Mercy’s toxins to stabilize Doomsday and make him more susceptible to suggestion as well, in what’s another fairly inspired use for the alien plant in the Krypton universe. In order to stop Zod’s fleet first and foremost however, Seg, Nyssa, Jayna and Dev decide to commit a heist of sorts in Fort Rozz, so that they can sabotage Zod’s ships, and leave them unable to strike on Wegthor. This initially goes smoothly enough, until Seg and Nyssa are captured, and Jayna and Dev are nearly killed shortly afterward, before they’re inadvertently saved by the weakened Lyta.

In the end, the protagonists aren’t quite able to stop the fleet, though they do at least secure a getaway by triggering a false alarm, which also allows an emotional reunion between Seg and Lyta to take place. Ironically, everyone once again finds themselves in the sector of the Rankless as well, just in time for Zod to move up his assault timeline, and resolve to obliterate the resistance on Wegthor imminently! Speaking of, Wegthor entirely sat out this episode, but that’s fine, since it’s pretty clear that the assault on Wegthor is going to be a central focus in the following episode, particularly now that Zod has seemingly successfully made Doomsday compliant. This would appear to indicate that Brainiac has truly escaped the show’s heroes at this point too, but Zod and Doomsday are certainly more than enough to sustain the climax of Krypton’s second season nonetheless. 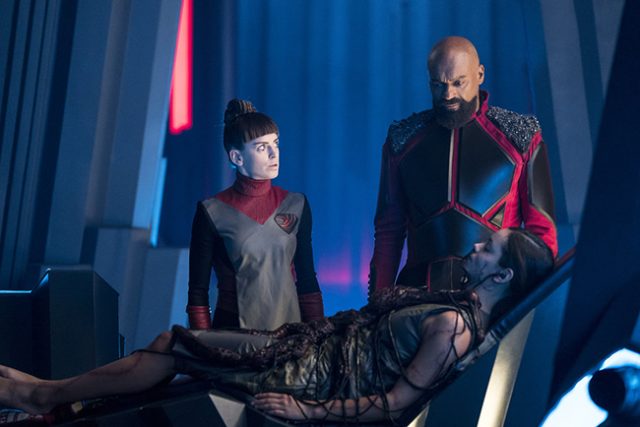 “Mercy” provides a pretty great introduction for the Black Mercy to the Krypton universe, namely by cleverly exploiting it to undo Lyta’s death a few episodes ago. The revelation that Zod had Lyta cloned, and the clone re-conditioned to go along with his military agenda, isn’t terribly shocking either, especially when it nicely leans into the revelation of Nyssa being a clone from the end of last season. Considering the amount of heavy changes that Zod made to Kandor, and Krypton at large, it’s easy to forget that Krypton’s first season ended with the knowledge that the planet’s elite were developing a large-scale cloning program, essentially allowing them to keep replacing themselves and their loved ones forever. The way that the clones end up coming back into play is inspired though, even if, like Seg and Nyssa, we’ll just have to forget about Brainiac and Jor-El for the time being. Now that Zod has everything he needs to assault Wegthor however, I’d say that the heroes have more imminent dangers to worry about than even the stolen birth father of Superman!