Liv, Ravi, Babineaux and Major have all successfully found their respective ingredients for a cheap, accessible zombie cure. Thus, the race is on to formulating a way to eliminate the zombie virus for good in iZombie’s final episode, “All’s Well That Ends Well.” With full-scale war having broken out between humans and zombies in New Seattle, the stage is thus set for a shocking and exciting series finale for The CW’s cult favourite comic book-inspired zombie procedural dramedy. Boy, this show wears a lot of hats! Frustratingly though, that’s not ultimately what we get out of iZombie’s final offering. Instead, the final season’s rapidly collapsing narrative reaches a confused and frustrating head throughout much of iZombie’s last episode, which ultimately leads to an anti-climactic and weak finish for the show.

It’s not all bad, mind you, but considering how much of a quirky gem iZombie started out as in its TV incarnation especially, the show really deserved to end on a far better note than it does here. The series finale starts off well enough at least, as Liv, Ravi and Babineaux have to try and blend in on an airplane, while avoiding suspicion from passengers. This results in some fairly funny shenanigans, not least of which is Babineaux suddenly learning that Bozzio has gone into labour, and that Babineaux will now be running late for his baby’s premature birth. Disappointingly though, the show doesn’t really commit to full-scale comedy or drama with this scene. Instead, despite Liv having to try and drug a nosy passenger into unconsciousness, the trio are caught anyway… Only to be easily smuggled back into New Seattle by a sympathetic cop and flight attendant. Seriously? It was that easy? Why even bother with this false tension then? 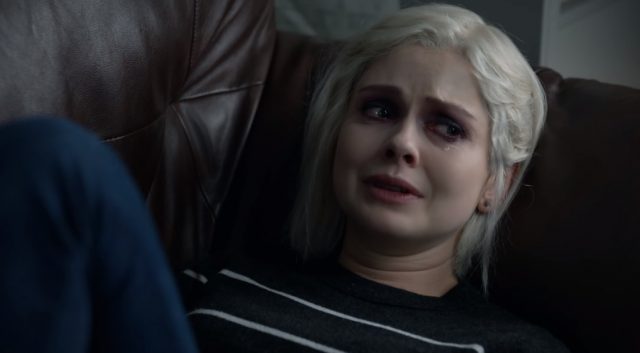 Even as New Seattle erupts into full-blown chaos, with Enzo and Dolly both savouring the opportunity to launch into open war with one another, we get surprisingly little actual fighting throughout this final episode to boot. This could perhaps come down to budget constraints, since iZombie is already a low-budget show on a low-budget network, but it’s nonetheless disappointing that we only get a handful of firefights and actual war within an episode that’s supposed to be unfolding against the backdrop of all-out war in New Seattle. This also occurs as Major is scrambling to break into Fillmore-Graves too, in order to get the Max Rager that’s in storage there, which is necessary for the cheap, accessible zombie cure to be produced.

I will also give credit to the fact that the show at least comes up with a pretty epic way to get the word out about the cure, whilst simultaneously taking down Enzo once and for all. Again, Enzo is a pretty crappy zombie arch-villain for the series’ last episode, but whatever, we’re stuck with him now. In any case, after Major poses as a willing recruit, only to be predictably marched off to execution, Major is instead helped out by Collins, killing a few of the more traitorous Fillmore-Graves soldiers, before he gets into a weapons crate with the Max Rager, and is quickly and easily shipped off to the morgue. From there, Major and Ravi produce one cure, and try to urge Johnny Frost to take it live, and get cut open to prevent fake news claims (admittedly, that would be a legitimate concern in the modern climate as well), before Enzo hijacks the broadcast. This is when Major appears to take the cure and let Enzo shoot him, only to have Ravi switch out the cure, and jab Enzo himself, leading to Enzo getting shot and killed by Graham. This was easily the best and most satisfying turnout of an otherwise weak and confused series finale for iZombie, so at least the show got the cure resolution right. 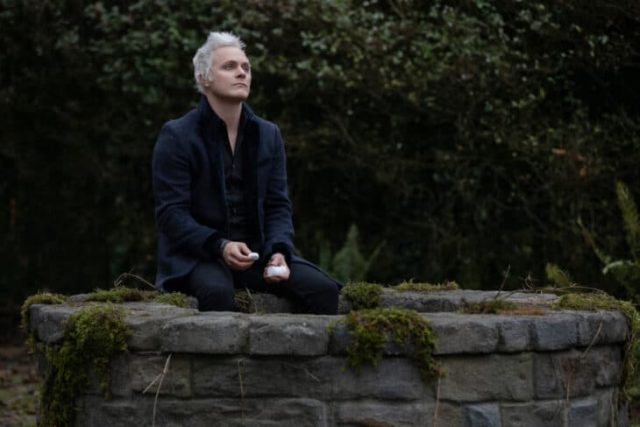 If any character really got the short end of the narrative stick however, it was Blaine. Hell, even Don E. gets a pretty crappy resolution in the end, despite an admittedly awesome moment for Peyton, who was stuffed into this otherwise lacklustre subplot. After Peyton manages to get the drop on Blaine and lure the kids away, she ends up being shot and seemingly killed by Bubba! That definitely would have been a great shock, except the show frustratingly wimps out of it, and has Blaine scratch Peyton, in order to turn her into a zombie. That could have been awesome, but really, it just provides a cheap and lame way for Peyton to have a vision that confirms what audiences no doubt already knew; That Blaine killed Darcy, as some weird form of revenge against Don E., even though he didn’t really declare it, so… Huh? As you can imagine, this leads to Don E. simply pushing Blaine into his father’s well, and Liv later pushing Don E. down there, before realizing that Peyton is zombified, and thus still ‘alive’ in a sense. Granted, Blaine and Don E. having to spend eternity together in that well feels like a fittingly grim end for their characters (even though they could logically get out with some light teamwork), but the way that they both go down is ultimately contrived, lame and lazy. This is seriously how iZombie sees fit to dispatch two of its most persistent antagonists, namely by having them both go down like idiotic chumps?!

Oh, but it gets worse. Not only are Dolly Durkins and the Dead Enders completely unresolved in the end, but Liv is also listening to a tragic voicemail by Major, whom she believes to be dead, before she’s visited by Michelle… Right when the two are blown up, alongside the entire Seattle PD morgue, by some unnamed anti-zombie zealot! Not only was this a horrifying and needlessly callous way to kill off Michelle, who logically shouldn’t have been around in the first place, but the show completely hand-waves that death away to boot! Instead, we get a time jump to ten years later, where Ravi, Babineaux and Peyton all perpetuate a myth that Liv is dead and Major has disappeared, only to have both Liv and Major revealed as alive (how Liv survived a bomb and an entire morgue being dropped on her, I’ll never know), and living on Zombie Island with other people who opted not to take the zombie cure. Dolly and the Dead Enders are still at large in New Seattle, despite it now being re-branded and, “Better” somehow (which we never see proof of), and the episode, and series as a whole, ends with Liv and Major asking if Ravi, Peyton and Babineaux want to uproot their idyllic lives and move to Zombie Island. How? Why? I don’t know, who cares. It’s infuriatingly evident that iZombie has given up by this point, forcing a bullshit Hollywood ending that sweeps far too many of the show’s ongoing threats and fallout under the rug. 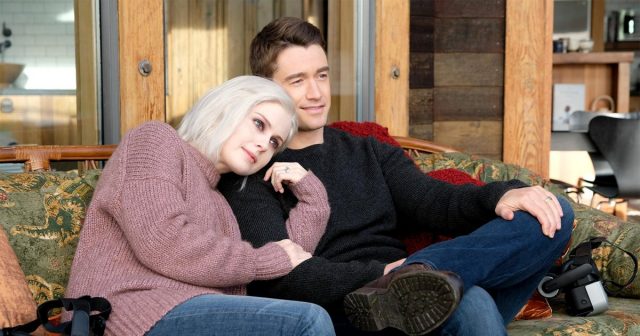 As much as it’s illogical and irritating that the series never ultimately resolved the Dolly/Dead Enders threat, let alone the incredibly lame way that it got rid of Blaine and Don E., they’re not even the only antagonists still kicking about. What happened with Mr. Boss? I don’t know. What happened with Al Bronson? I don’t know. What happened with Riley and her killer fake hookers? I don’t know! iZombie leaves so many of its antagonist threads hanging that it’s not even funny. Moreover, the time jump feels inexplicable, and Liv having to disappear and be thought of as a myth feels equally inexplicable, especially when Michelle had to die in such an awful, senseless fashion, which the show practically celebrates, because it means that Babineaux and Bozzio can simply steal her baby, and never acknowledge the loss. That’s awful! Ultimately though, it’s just further proof that iZombie clearly ran for more seasons than its showrunners anticipated, and thus, the show clearly didn’t have a viable exit strategy for all of its ever-increasing scope, and ever-increasing threats.

Perhaps the intent to all of these blatantly unresolved story threads is to leave a good chunk of narrative wiggle room in case showrunners, Rob Thomas and Diane Ruggiero-Wright get an opportunity to revive iZombie someday, much like their other CW cult hit detective-themed series, Veronica Mars. This could explain why several villains remain at large, and zombies still exist in the end, even if most of them are cured. Still, that seems like a strange move for a show that already feels like it ran for at least one season too long. Because of this inability to commit fully to a definitive ending for zombies and the lead characters alike, “All’s Well That Ends Well” feels like a giant narrative cop-out, one that fails to conclude iZombie on a satisfying note. The way that the cure is promoted and used against Enzo is great, but Blaine and Don E. get a really anti-climactic defeat, plus Dolly and the Dead Enders are just allowed to run free, shooting zombies in the streets for a decade, and counting! I certainly had a lot of fun with iZombie throughout its runtime, but the show’s finale is very weak, leaving me disappointingly ambivalent about the prospect of ever seeing Liv and her friends fight for zombiekind again in the future.