NOTE: Full spoilers for this episode of, “Legion”, including multiple major character deaths, are present in this review

The Time Eaters of the Legion universe may have been repelled, for now, but David’s aggression has nonetheless been turned in a different direction. “Chapter 24” brings out David’s more violent and unstable side in the wake of the events with the Time Eaters, namely in response to Cary successfully making his way back to Division 3, with Switch in tow. This results in David openly attacking Division 3 in an effort to get his time traveler back, even using extraordinarily violent means when he deems it necessary, which results in a brutal confrontation between David and his former allies, after circumstances inevitably bring David back to Division 3’s doorstep.

Things begin on a pretty swift and decisive note right from the jump too, as David makes his way onto an armoured bus, targeting Clark’s husband. After killing all of the agents and destroying all of the Vermilion on board, David responds to Clark’s husband’s declaration of psychic protection by erasing the better part of his mind as well, to the point where he doesn’t remember who he is, and nor does he seem to remember his family or colleagues. This shows a much darker side of David, who has once again created permanent consequences in Clark’s life, due to his aggressive desire to take back what he supposes is his. The fallout is subtle, but nicely felt as well, with Clark watching old home movies of himself with his husband in them later on, clearly having learned of what David has done to his spouse, even if the two don’t ultimately share scenes together here. 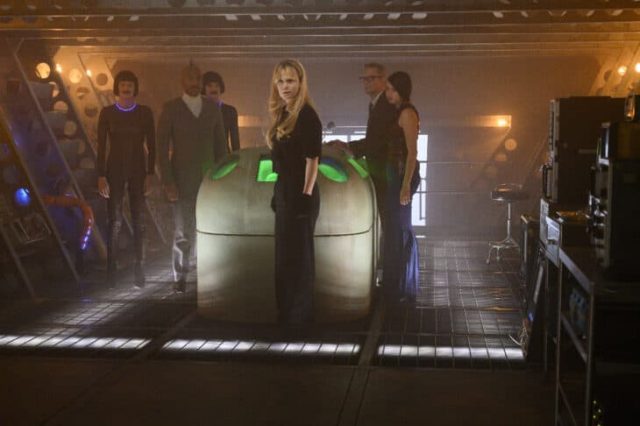 This in turn brings up another interesting dimension to David’s ruthlessness too, namely the fact that David keeps assuring those around him, who are frequently horrified by his actions, that it’s all fine, because he’ll eventually go back in time and undo everything he’s done. In this sense, David still doesn’t see himself as a villain, and even if he’s clearly acting like a villain, one still has to ponder if David has fully turned evil, or if he’s simply so blinded by his own delusions that he doesn’t realize how destructive he’s truly becoming. This wonderfully came into focus with Lenny early in the episode, who calls David a narcissist for failing to notice that her ‘pregnant’ girlfriend is dead (it’s confirmed here that the pregnancy was indeed an illusion created by David), and responds to David trying to rally her by stabbing herself in the neck! This feels a little abrupt, especially since Lenny was ironically trying to rally David and ignore his concerns just a couple of episodes ago (this may however be intentional irony), but David once again refuses to mourn for Lenny after she quickly dies from her self-harm, since he believes he can fix everything with a quick trip to the past.

Meanwhile, over at Division 3, the rest of the show’s leads debate what to do about having Switch in their possession. After Cary successfully puts Switch under, placing her in a tank that will both shield her from psychic probing, and prevent her from manipulating time any further, the Division 3 members decide that the best way to keep Switch away from David is to fly the airship into space, which is outside of David’s teleportation range. Yes, apparently, Division 3’s airship is outfitted for low-orbit space travel. That’s handy. Regardless, Farouk doesn’t end up playing ball, calling David to the airship anyway with the help of his own powers, after he disagrees with Division 3’s strategy of running from David, rather than fighting him directly. 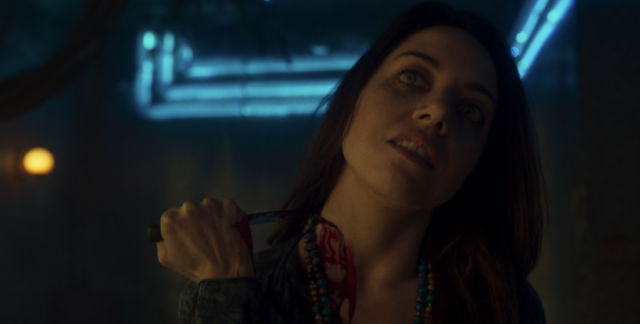 Inevitably, David had to get to Division 3’s flying base somehow, and Farouk’s arrogance is as good a device as any to get David back into Division 3’s territory. I do somewhat question why Farouk somehow thought it was a good idea to trap David in space with him though, especially when he’s forced to admit in this very episode that David is stronger than him. Still, like I said, we had to get David back into Division 3 territory somehow. We get quite a lot of violence at this point too, complete with Kerry nearly being killed by some of David’s commune members! Fortunately, Syd intervenes however, having swapped bodies with David earlier, only to soon after be forced out by David’s growing number of internal ‘Legion’ personalities.

Once again, the interaction between David and Syd that precedes this makes for one of the best scenes of the episode. David and Syd reuniting on the airship, and once again reflecting on their former relationship, complete with David declaring that he still loves Syd, makes for an emotionally gripping moment, one that also begs the question of whether Syd is simply taking Farouk’s advice, and trying to get David to let his guard down. It turns out that this is exactly the case too, with Syd almost successfully imprisoning David after successfully switching bodies with him! Even if this does allow Kerry to strike down the commune members right before she’s killed however, David still quickly subdues Kerry, and escapes with Switch, shortly before both David and Switch imprison Farouk in the space between time, where he attempted to hide out from the Time Eaters in the previous episode. Something tells me that Farouk won’t stay there long, but this in particular really indicates just how idiotic Farouk was being in this episode, simply to move the plot along. 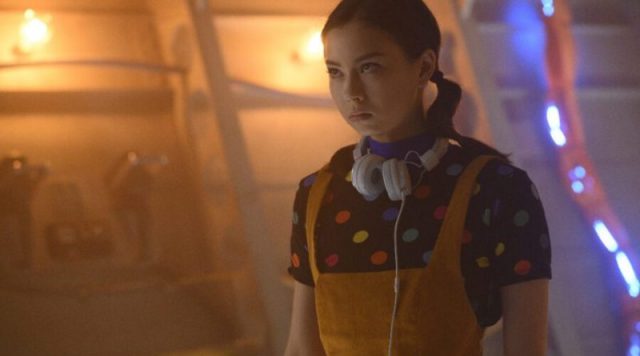 “Chapter 24” nonetheless functions well as a thrilling, more action-heavy episode of Legion though, one that even saw a couple of high-profile fatalities among the show’s leads! David even ends up killing Clark before he leaves the airship, warping him out into space after saying that Clark should have killed him during their first meeting in Season One. Again, it’s interesting to think that David may feel removed from his own ruthlessness, since he clearly thinks that he’s going to undo it all anyway with some time travel, but he also seems to be failing to recall the incredible strain that going so far into the past put on Switch just recently. David still warps somewhere else with Switch at the end of the episode though, citing that he has a different plan this time, but he’s clearly becoming more unstable and more self-absorbed, so who knows how much more effective this may or may not be. Even before David may or may not succeed at changing the past, Division 3 has once again suffered real losses due to David’s arrogance, and with Farouk being lost out of time, they’ve now lost their psychic to boot, potentially leaving no real means to stop David now.

Legion 3.5: "Chapter 24" Review
Legion brings out David's violent side during a brutal attack on Division 3 in, "Chapter 24", an episode that sees more fatalities among the leads.
THE GOOD STUFF
THE NOT-SO-GOOD STUFF
2019-09-28
81%Overall Score
Reader Rating: (0 Votes)
0%