Now that Zod has directly confronted Doomsday, we can finally focus back in on one of the heavily-hyped threats that’s been teased since Krypton’s first season last year. “Zods and Monsters” takes quite a bit of time out to explore the backstory of the Krypton universe’s variation of Doomsday, who in this case has (presumably) never encountered Superman, and is instead a botched Kryptonian experiment from a thousand years ago, originally designed to ironically prevent an increasingly difficult war between Kandor and Argo City. While Zod explores the bloody legacy of Doomsday, Seg and Nyssa also hoof it back to the Fortress of Solitude, whereupon they attempt to extract the last of Brainiac from Seg for good.

With so much emphasis on Doomsday, “Zods and Monsters” quickly ends up being another exciting slam dunk for Krypton, one that once again begins ramping up new threats and obstacles for the leads, as Zod’s supply line to Wegthor finds itself permanently crippled by Val’s controversial decision to destroy the space elevator. This has Zod desperate to try and weaponize Doomsday, ironically repeating the mistakes of the past. To Zod’s credit though, he does at least successfully use his Codex-powered blaster to subdue Doomsday, before somehow lugging him all the way to Kandor’s reconditioning chamber, where Zod begins to explore the creature’s memories. Yeah, it doesn’t completely make sense, and I imagine that some hardcore Superman fans will definitely take issue with Doomsday being subdued so easily, especially on Krypton, where Zod has no powers, but hey, we had to get this story device moving somehow. 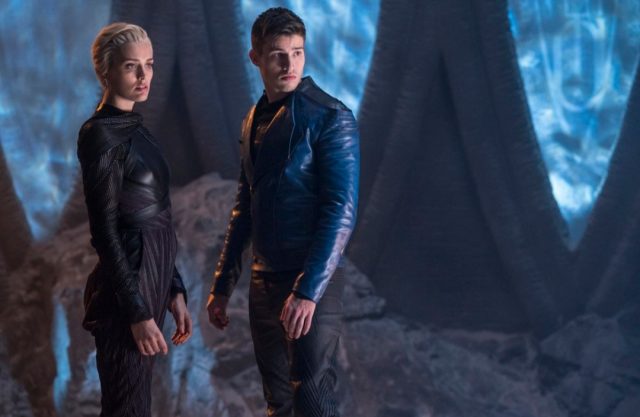 Fortunately, the actual backstory of Doomsday in the Krypton universe is remarkably well done, being intense, twisted and tragic in all of the right ways. In the case of the Krypton universe, Doomsday began life as a Kryptonian research volunteer named Dax-Baron, who possesses a, “Vara” gene, which could theoretically allow him to become impervious to all injury. With the combined efforts of Wedna-El and Van-Zod, two distant ancestors from a time when the House of El and the House of Zod were the closest of allies, Dax is repeatedly killed and resurrected by everything from poison to fire, becoming all the more disfigured and unrecognizable with every revival. Once Dax’s wife eventually intervenes in the experiment, long after Kandor and Argo City have made peace, Dax has become the horrific abomination that is Doomsday, resulting in the wife fleeing from the sight of him, and the El and Zod scientists sealing Doomsday away. This more sympathetic take on Doomsday has been attempted before, most notably on The CW’s Smallville, and it’s done wonderfully on Krypton, particularly since we now have to work with a Doomsday that has seemingly never encountered Superman.

Outside of the business with Doomsday, we spend a large chunk of the episode with Seg and Nyssa as well, as Seg seemingly prepares to fly the two to Brainiac’s ship computer. After Seg announces that he’s not actually going to Brainiac’s ship however, and is instead flying to the Fortress of Solitude, Brainiac starts intervening in Seg’s body and mind again, trying to crash the Skimmer, and slow Seg down in any number of other waysl. This might have been a potentially exciting obstacle, were it not for the fact that the show really seems to be pulling this out of its rear end. Since when does such an atomic-scale level of Brainiac have the ability to take control of Seg so efficiently? All of Brainiac couldn’t even take Seg over that reliably on Colu! Thus, this feels like a pretty big stretch, and a way to inject a dramatic obstacle into what should otherwise be a pretty clean-cut final destruction for Brainiac. 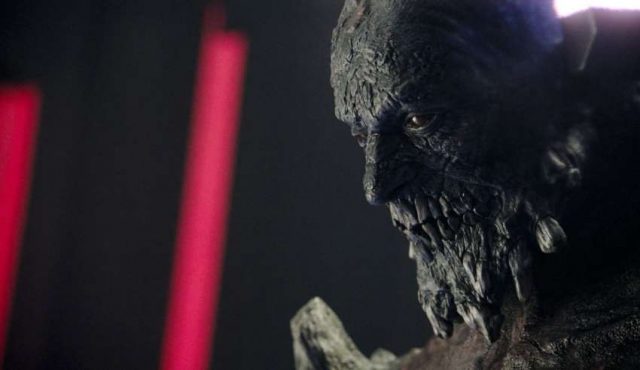 Regardless, Seg and Nyssa do successfully make it to the Fortress of Solitude, and make contact with Val’s A.I., which they enlist to help pull Brainiac out of Seg. After Seg has to be restrained, following Brainiac’s growing influence on him, Nyssa is the one that ultimately has to perform the dangerous brain surgery necessary to pull out the remaining Brainiac nanites as well. While this is another stretch, this at least provides a pretty awesome scene shared between Seg and Nyssa, as Seg inspires Nyssa to reflect on her bravery and unyielding determination within impossible situations, as displayed throughout this season. It’s enough to make you believe that Nyssa could once again achieve the impossible, even if leaving the nanites within any connection to Val’s A.I. is pretty damn stupid. This gaffe naturally allows Brainiac to take control of the Fortress of Solitude, leaving Seg and Nyssa in yet another tight spot for the conclusion of this episode’s larger subplot.

The remaining subplot revolves around Adam and Kem over on Wegthor, as they try to root out the now-trapped forces of Zod. After Val gives Kem command over the resistance’s latest mission, Adam talks Kem into bringing him along, despite Adam believing that he’s better qualified to lead a rebel force. Ultimately though, Kem discovers that several Kandorian civilians who were formerly part of Zod’s forces have been abandoned in radiation-heavy mines, and despite the rebels’ desire to kill them, Kem insists that they be rescued, with Adam ultimately forcing the rebels to do as Kem says. This subplot didn’t really serve much of Krypton’s larger story arc, but it’s nonetheless a really great character moment for both Kem and Adam, as Kem starts to grow into a role bigger than his own petty concerns, while the friendship between Adam and Kem is strengthened by Adam ultimately agreeing to back Kem’s command. Considering the initial animosity between these two characters, it’s nice to see them start coming together under a common cause, especially as Krypton starts heading into its second season’s final handful of episodes.

“Zods and Monsters” had to strain a bit to get Brainiac into yet another power position, despite the fact that the rogue A.I. monster should have been destroyed three times by now, but the rest of the storytelling in this episode is otherwise superb. Superman fans will also no doubt feel rewarded by the events at the Fortress of Solitude resulting in Nyssa wanting to destroy the Vex legacy, and make Cor an El, with Val’s A.I. suggesting that Cor take the name of an El ancestor upon joining the House of El. This confirms fan speculation that Cor-Vex was actually the infant Jor-El the whole time, Superman’s future birth father! Sure, Brainiac steals the baby Jor-El soon afterward, but hey, at least we established where Jor-El came from in this universe! Aside from the events at the Fortress of Solitude however, the heartwarming Adam/Kem subplot proved very satisfying to watch, as did the exploration of Doomsday’s backstory with Zod. The tragedy of Doomsday will no doubt keep being perpetuated from here, as Zod attempts to weaponize Doomsday once again, particularly now that his army has been cut off from Wegthor. Inevitably though, Zod probably doesn’t know what he’s about to unleash, and that’s before he learns that Brainiac has once again taken root on Krypton, thanks to Seg!

Krypton 2.7: "Zods and Monsters" Review
Krypton exceptionally explores the tragic backstory of Doomsday in, "Zods and Monsters", while Brainiac once again becomes a problem for Seg at the Fortress of Solitude.
THE GOOD STUFF
THE NOT-SO-GOOD STUFF
2019-09-28
90%Overall Score
Reader Rating: (0 Votes)
0%