Preacher continues on its strange path of chaos in, “Deviant”, even if it still feels like not all of the character storylines can totally keep up with the main hook. Despite the strange narrative choice of previously showing Jesse alone on his private plane to Australia, “Deviant” actually goes backwards with his storyline, to instead show us exactly what happened in Jesus De Sade’s entertainment house, and why Jesse looks so pensive on the way to his next destination. Meanwhile, Tulip and Cassidy remain stuck in Masada, unable to proceed their latest objectives due to unforeseen circumstances.

Perhaps most satisfying of all in this episode however, beyond some of the more awesome moments in Jesse’s core storyline, is the fact that we finally get an honest-to-goodness Eugene/Saint of Killers subplot! Eugene and the Saint were only briefly seen in the first season premiere episode before now, heading to Angelville, only to find it destroyed and abandoned in the wake of Season Three’s events. This time however, Eugene tries to appeal to the Saint on the road, which eventually ends in the Saint capitulating to visiting a diner. Then, through an increasingly ridiculous series of events, Eugene encounters a man at a bathroom glory hole, before getting snatched and thrown into a car that’s headed to an orphanage, only to have the Saint shoot the driver dead from a long distance, and steal Eugene back. This doesn’t have much to do with the core storylines between Jesse, Tulip and Cassidy, but it is pretty funny, while also doing a solid job of solidifying the strange bond that now exists between Eugene and the Saint of Killers. 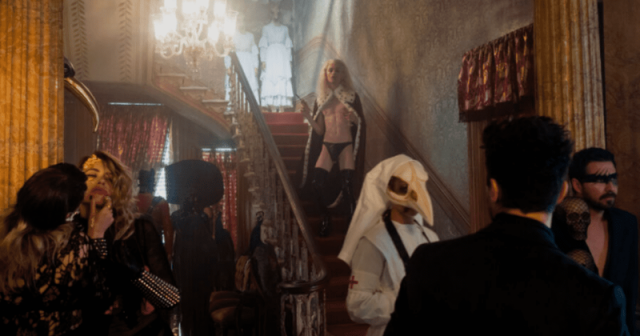 Jesse, meanwhile, loses the pilot within the Jesus De Sade house, only to encounter a huge amount of costumed sexual deviants, all up to various unknown debauchery. This mostly serves as visual gags and shock value, but putting Jesse inside a literal den of supposed sin in order to save a child is an interesting scenario. Even more interesting is that the boy that Jesse was trying to rescue appears to be the same boy from the street, who refuses to go with Jesse, because he’s making too much money. This nonetheless results in an extended hallway fight sequence with all of the deviants soon afterward, which is packed with humour, action and all sorts of zany excitement! It will quite possibly go down as one of the best moments of the season, and is worth watching this episode for alone, particularly once Jesse proves victorious in this prolonged battle, only to seemingly receive no real reward for it.

Despite that however, Jesse has another chance encounter at the airport, once he uses Genesis to force the pilot to return there (without pants), wherein he encounters Adolf Hitler. With Satan now having been destroyed by the Saint of Killers, Hitler has since taken over Hell, and takes the opportunity to taunt Jesse in the middle of the airport. Jesse then responds by forcing Hitler to practically strangle himself with Genesis, saying that no one can stand in his way of finding God. Considering that this is the first meeting between Jesse and Hitler, after Hitler previously stayed disconnected from Preacher’s core trio of leads, this certainly made for a memorable first meeting! Despite Jesse’s incredible power as well, will Hitler nonetheless end up having some kind of power over him in the end? Or, will both God and the new Devil ultimately be helpless to stop Genesis in equal measure? 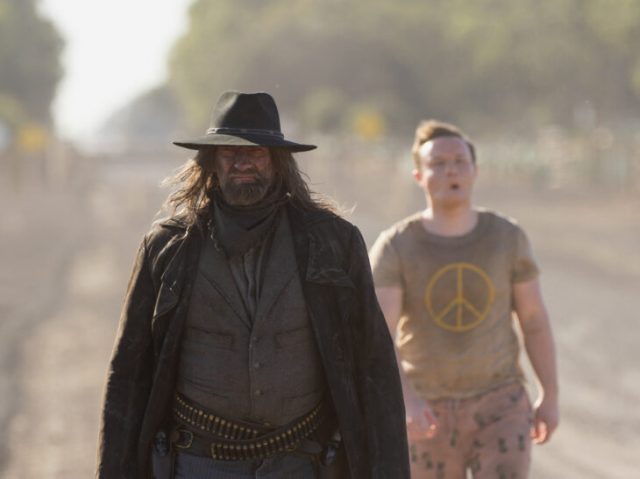 Outside of the core Jesse storytelling, and the amusing aside with Eugene and the Saint of Killers, Tulip and Cassidy both headlined their own subplots, though these had trouble keeping pace with the rest of the episode. Between the two, Cassidy fared a little better, as he confides in the angel hanging above his cell where he came from, and what he’s thinking about. This is where we finally learn how Cassidy became a vampire, namely in 1916, during the Easter Rising. After going to fight for Ireland, only to abandon his friend to British soldiers, Cassidy is later attacked by a vampire out of a small body of water, which is how he becomes a vampire himself. Cassidy then decides to leave his family. That’s it. That’s the whole subplot. Admittedly, Cassidy being taken to Bensonhurst to have his regenerating foreskins continually removed and used for facial cream is kind of funny, but the origin of Cassidy’s vampirism is disappointingly trite and lame. The only noteworthy element to it is that we learn that Cassidy’s first name is, “Proinsias”, and you could have theoretically learned that by reading this show’s Vertigo/DC source comics.

Tulip, meanwhile, gets saddled with the weakest storyline of the episode, wherein she spends the entire episode confined to a Grail hospital bed. Tulip interacts with the doctor there, who is eager to help Tulip, only to have Tulip predictably refuse to take a psychological test. This could have been an interesting and amusing way to go into Tulip’s increasingly violent psychology, especially now that she’s separated from her friends, but aside from a few throwaway Rorschach test jokes, nothing else is really accomplished here. Tulip does get free, but even this doesn’t amount to much, since it merely leads to her discovering that Cassidy has been taken to Bensonhurst. At least Tulip knows where to go next, but it nonetheless felt like this episode didn’t know what to do with her, and that’s a shame. 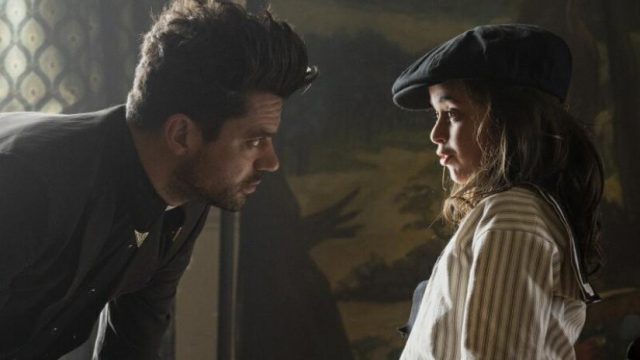 Overall though, “Deviant” still provided some pretty comically violent fun between Jesse, Eugene and the Saint of Killers especially, even if Cassidy and Tulip didn’t have nearly as much to do in this case. Even learning when and how Cassidy became a vampire is pretty lame, and probably something that the audience could have filled in themselves for the most part. Tulip also ended up being completely wasted, ultimately taking the entire episode’s runtime to simply find out that Cassidy has been taken away again. That said however, Jesse’s big battle at the brothel is pretty fantastic, and the episode ending with Jesse’s plane seemingly about to crash also presents quite a lot of promise, especially since the season already began with Jesse falling out of the sky over Australia. Obviously, Jesse’s going to survive what’s about to happen, but at least he’s still doing a good job of engaging viewer interest, even if Preacher is still too often throwing narrative table scraps to Jesse’s two main allies.