Preacher is still keeping its lead characters largely in the same spot, but at least, “Search and Rescue” saw a bit of an uptick in the writing, particularly now that Tulip and Cassidy have a bit more to do than simply languishing around Masada. Tulip especially gets a much better storyline in this case, after she meets an unexpected ally during her latest attempt to rescue Cassidy. Jesse, meanwhile, gets confined in his own difficult circumstances, as the latest ‘test’ from God renders him and his pilot friend lost at sea, and no longer having a direct path to Australia.

The audience of course knows that God is primarily torturing Jesse through these ‘tests’ though, as confirmed when God was conferring with Herr Starr at the start of the season. The beginning of this episode even re-establishes this, shortly before Jesse wakes up in the life raft with the pilot, who finally confirms that his name is Steve. Jesse and Steve are thus left to try and survive in the life raft, despite having no means of communication, no supplies, and nothing but Jesse’s stubborn faith that everything will be okay. Oh, and Genesis, which ends up having plenty of unexpected consequences in the raft, after Jesse repeatedly tries to use the Word of God to keep Steve compliant and pacified, even with seemingly no hope of rescue. 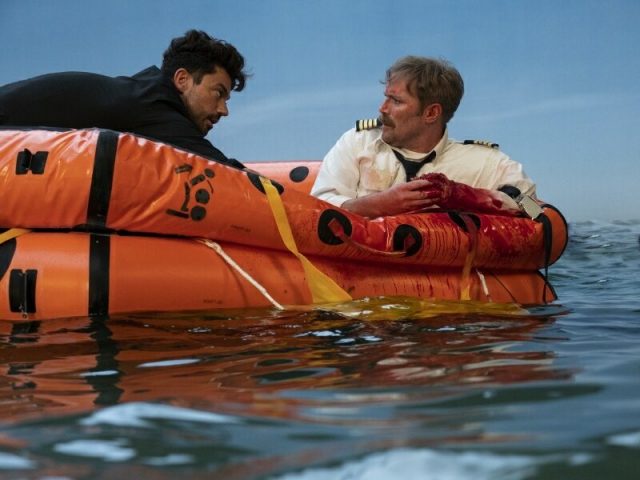 Jesse finding more unintended consequences and misery from his desire to do good continues to provide some of the strongest storytelling of Preacher’s final season at this point, and that once again effectively comes into focus with Steve the pilot. Despite Jesse trying to use Genesis to keep Steve positive, and later to dull his pain from injuries sustained on account of his lack of pants, which later disguises Steve’s hand being bitten off by a shark after he leaves it in the water, Jesse is eventually forced to watch Steve die, after taking his final confession. Even Genesis can’t ultimately save Steve in the end, forcing Jesse to hold him an impromptu funeral, only to witness Steve’s body be eaten by sharks, before Jesse sees shore in Australia immediately afterward. This darkly funny and despair-filled core story arc for Jesse is great, and he seems to be the one character that isn’t dragged down by having to be stuck in one place, at least for the time being.

Back at Masada, Cassidy also gets a surprising victory, once the angel feather that he stole earlier allows him to break out of his restraints on the way to Bensonhurst. At this point, Cassidy fulfills his promise to Frankie, snapping the necks of the guards nearby, before finally getting the upper hand on Frankie himself, namely by ripping off Frankie’s genitals, and later sodomizing him on the butt of his gun. Cassidy then kills Frankie exactly as promised, by firing the gun up his anal cavity, which in turn blasts a hole in his head! This gruesome and over-the-top death for Frankie continues to cement Preacher officially taking the kid gloves off, and going all in on the violent, over-the-top dark sense of humour from Preacher’s Vertigo/DC source comics, which feels appropriate, since this is the last season of the show.

Despite Cassidy’s big display of violence against Frankie however, he’s nonetheless captured again by Featherstone and her grunts, after opting not to give up the nearby Tulip’s location. This once again places Cassidy in confinement, resulting in Cassidy having to practically rip his own hands off to get free, before biting and killing the chatty angel above him in order to heal his injuries. Naturally, this leads to the angel respawning however, whereupon he flies away with Cassidy, taking the two of them to an unknown location. Featherstone of course finds this out too late as well, coinciding nicely with the undercover Tulip’s own storyline, where she ends up roped into a surprising job as the valet for one of the Grail’s guests.

It turns out that said guest is none other than Jesus Christ himself as well! While Herr Starr continues to try and cover up the disappearance of Humperdoo, Tulip is left to meet Jesus by Starr’s Hoover replacement, with Jesus eventually coaxing the truth out regarding Tulip’s mission and identity. After a hysterical attempt by Jesus to try and talk Featherstone into letting him see Cassidy, then giving up, Tulip subsequently decides to help use Jesus as a cover too, which gets her into Cassidy’s cell, only to find Cassidy missing. Granted, Jesus wanting to come along with Tulip on a more permanent basis is pretty promising, but that doesn’t change the fact that Tulip, despite improvements to her story arc here, still ultimately lands in the same spot that she started in. Now that Tulip can finally get out of Masada though, hopefully she can do something more interesting than bumble around the Grail’s home base some more. 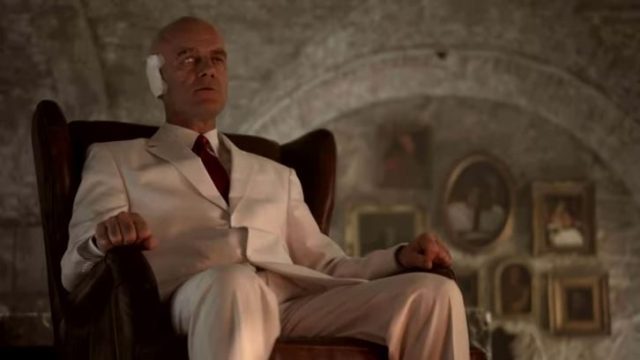 With the episode ending as the Saint of Killers and Eugene devise a hilarious solution to reaching Australia, namely by having an overcharged bullet from the Saint’s gun literally sending the two through the center of the Earth from the Gulf of Mexico (yes, this is completely non-sensical and bonkers, but it does fit the spirit of Preacher very nicely), “Search and Rescue” thus ends by amping up the stakes of Preacher pretty nicely. Tulip still lagged behind the other characters a bit, but at least she now has a promising new ally in Jesus, while Jesse finally reaches Australia, Cassidy can finally leave Masada, and Hitler, God and Herr Starr can finally start discussing the coming apocalypse in earnest. Hitler supposedly encountering Humperdoo also has some great promise, suggesting that there may be treachery afoot, even beyond the reach of the Grail. With Preacher’s final season now coming up to its halfway point though, it probably is the right time to start moving away from Masada, especially now that Jesse has finally made it to where he always meant to go.

Preacher 4.4: "Search and Rescue" Review
Preacher nicely bumps up the thrills and surprises in, "Search and Rescue", as Tulip meets a surprising new ally, and Jesse is subjected to another cruel test by God.
THE GOOD STUFF
THE NOT-SO-GOOD STUFF
2019-10-02
87%Overall Score
Reader Rating: (0 Votes)
0%