Preacher has hit the halfway point of its final season, and while the storytelling still feels a little stalled in some places, the show still hasn’t lost its cheeky sense of humour. “Bleak City” sees yet another shocking turn for Jesse, now that Eugene and the Saint of Killers are getting very close to him, and now that Tulip and Cassidy have finally left Masada, they can re-evaluate their own next moves, including whether to abandon Jesse’s quest once again. This dilemma over whether or not to follow Jesse is getting rather old by this point, but at least the episode finds new and unexpected ways to keep the details interesting, especially given Preacher refusing to hold back with its violent craziness during its final season.

With Jesse finally landing in Australia, and having to seek out a ride through which to get to Lost Apostle, the mysterious rock formation that he’s been chasing all season, Jesse has to rely on the power of Genesis to get wheels. In doing so however, Jesse ends up calling the Saint of Killers to his location, with Eugene just barely warning him away! Jesse almost manages to flee Melbourne as well, but ultimately turns back, once he recalls that Eugene is stuck with the Saint at this point. True to form, the Saint confirms that he’s happy to torture Eugene if Jesse doesn’t return to boot, despite Eugene really only wanting an apology from Jesse, or so he claims. 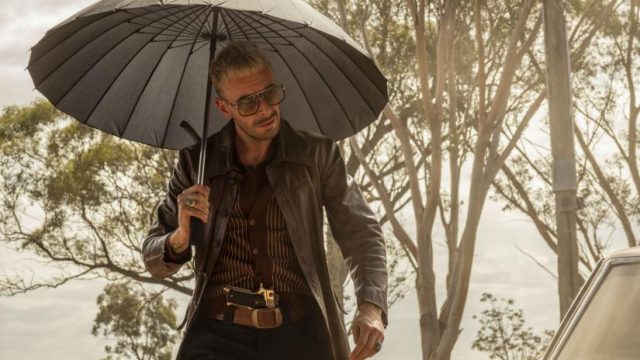 Jesse’s rescue of Eugene is pretty epic as well! Jesse tricks the Saint into following him into a construction site, before the Saint gets hit with a wrecking ball, and Jesse escapes with Eugene immediately afterward, preparing to take Eugene on the run with him from there. Jesse even provides Eugene with an apology unprompted as well, finally giving Eugene the resolution he seeks… But it’s still not enough. Despite Eugene’s former claims, he ends up shooting Jesse in the back, incapacitating him, just in time for Jesse to find himself before the feet of the Saint! This turn certainly came at a well-executed time, particularly since I had started to settle into the likely knowledge that Eugene would never ultimately embrace his monstrous ‘Arseface’ alter-ego from the source comics in Preacher’s TV continuity. Maybe there’s still time for just a bit of Arseface action before Preacher goes off the air for good though.

Meanwhile, over at Kamal’s bar, Tulip and Cassidy finally reunite after so much time apart, before catching up on their various adventures since their separation last season. Cassidy also gets a chance to see with his own eyes that Tulip has allied with Jesus Christ himself to boot, while the angel that helped free Cassidy also waits for his lover nearby. It turns out that the angel’s lover is a demon woman as well, leading to the two having a wild night of sex in the area above the bar, before the angel throws a sword through the demon’s head the next morning! This ends up resulting in a hilarious fight between the two, where they keep dying and respawning endlessly, which seemingly gives Cassidy the resolve to once again join up with Tulip. If I were a betting man, I’d say that these two are the parents of Genesis, which we know to be the result of a coupling between an angel and a demon, and their hilarious reunion certainly serves as one of the highlights of the episode!

Tulip, meanwhile, once again gets saddled with a less effective storyline, which is becoming a frequent frustration with Preacher’s final season. In this case, Tulip spends most of the episode waiting around for Cassidy, who is more interested in moping around the bar than going on further adventures, at least before the big angel/demon fight. As a result, Tulip initially decides to just drive off with Jesus, promising him a fun time in Las Vegas. After Jesus becomes skittish about the idea of having to do drugs and rob banks though, he decides that he has no choice but to go back to Masada, and participate in the apocalypse summit with Hitler.

It’s really disappointing that Preacher couldn’t mine more material from the surprising alliance between Tulip and Jesus, with the two splitting up again before the episode is even over. Likewise, Tulip yet again deliberating whether or not she should just abandon Jesse for the umpteenth time, alongside Cassidy, doesn’t help matters, since that conflict has been beaten into the ground by this point in Preacher’s run. Inevitably, Tulip and Cassidy decide to go to Australia as well, and their timing couldn’t be better, since Jesse is now being stared down by Eugene and the Saint of Killers. Frankly, it’s about time that these two find their way back to Jesse’s company, because at this point, it seems like Preacher is out of good ideas for what Tulip and Cassidy could accomplish on their own. 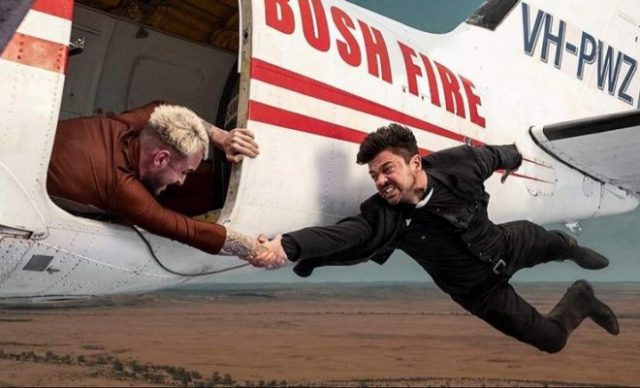 Even as the Tulip and Cassidy storylines continue to chug in contrast to the others, Preacher at least keeps things plenty interesting in Australia, and at Masada. Featherstone just barely escaping execution at Herr Starr’s hands also creates some solid promise for later, possibly suggesting that she may become another rogue element to use against the Grail in the near future. Before anything can happen though, Jesse has to figure out how to survive the impending wrath of the Saint of Killers, who finally has him cornered again, now with an equally vengeful Eugene at his side! Again, I doubt that Preacher’s TV continuity could ever fully bring out Eugene’s Arseface persona from the source comics when the show only has five episodes left, but it’s nice to see that Eugene is finally abandoning his Mary Sue act, to give Jesse his own vigilante justice after Eugene’s lengthy time in Hell.

Preacher 4.5: "Bleak City" Review
Preacher delivers an exciting debut in Australia for Jesse in, "Bleak City", even if Tulip and Cassidy are still wasting time before they inevitably go after him.
THE GOOD STUFF
THE NOT-SO-GOOD STUFF
2019-10-02
77%Overall Score
Reader Rating: (0 Votes)
0%