NOTE: Spoilers from throughout the third and final season of, “Legion” are present in this review

Despite the recently-minted Disney-Fox merger aiming to wrap up Fox’s standalone live-action X-Men universe as quickly as possible, Legion showrunner, Noah Hawley has claimed that he always meant for his eccentric X-Men spin-off series to end after three seasons. According to Hawley, even if the Fox Entertainment Group hadn’t become part of the many brands that now sit under the House of Mouse, which handily also led to Fox’s X-Men movie rights returning to their original home at Marvel, Legion would have ended the same way, at the same time. Evidence would appear to indicate that Hawley is telling the truth as well, since Legion’s very definitive final season ultimately stands proudly outside of the rest of Fox’s live-action X-Men universe, going on to conclude the show on its own unique terms, for better or for worse.

Fans of X-Men and/or Marvel in general will at least be happy to know that Legion’s final season finally addresses the most stubborn frontier in the live-action David Haller’s backstory– His family history, namely the fact that David’s father is future X-Men leader, Charles Xavier/Professor X. While the show all but gave this away during the penultimate episode of Legion’s first season, via that quick, undeniable flash of Professor X’s iconic wheelchair, Legion’s final season actually explores David’s parentage in earnest, with the Legion universe’s Charles Xavier being portrayed by a noticeably wheelchair-unbound Harry Lloyd. Outside of Charles’ name and powers though, the character has no connection to any prior Professor X portrayal in Marvel and/or Fox media, which may be disappointing to some viewers that were hoping for more direct X-Men franchise connections during Legion’s final season. 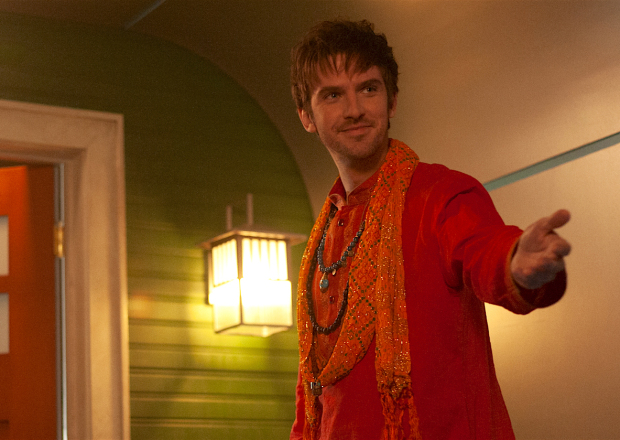 Instead, the last eight episodes of Legion present more of the show’s distinct sense of weirdness and psychologically uncomfortable mind games. This begins understandably enough, with David now running his very own cult of worshippers, while being aggressively hunted by his former friends at Division 3. Legion’s third and final season also does viewers the favour of trimming the fat, the heavy-handedness and the overblown sense of self-indulgence in contrast to the show’s previous second season too, focusing in on a final struggle by David to change his traumatic past, even at the cost of reality and the world at large. This is primarily done through a new ally, Jia-yi, later re-christened ‘Switch’, a young mutant woman who has the ability to travel through time, albeit not without limits.

Aside from Jia-yi’s limited stamina, which is compromised when she uses her powers too much, time also happens to be governed by vicious reality-devouring creatures, appropriately called ‘Time Eaters’. These Time Eaters are just the latest story element of Legion that doesn’t exist in Marvel Comics lore, and is completely made up for the show, but their presence provides a good explanation for why David can’t just immediately accomplish his mission, despite having a time traveler on his side. Meanwhile, Division 3 has to face their supposed failures with neutralizing David, even though provoking David only ever appears to make things worse. It’s an interesting examination of how trying to change or re-balance someone’s suffering can sometimes have the unintended consequence of just causing more pain for oneself and others, which both David and Division 3 appear to be equally guilty of doing throughout Legion’s final season. 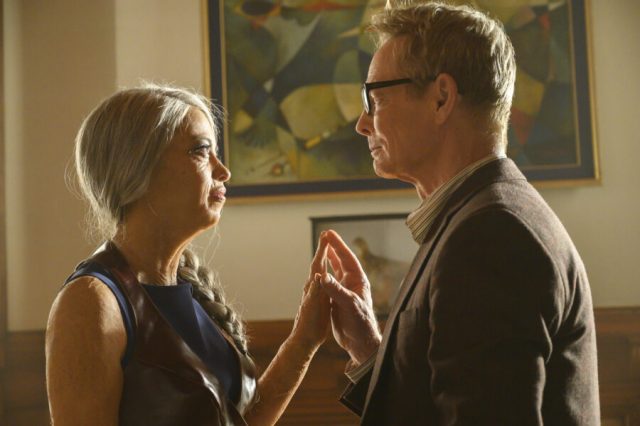 Inevitably, David being the world’s destroyer is also not quite so straightforward, since this idea is based on a pre-conceived notion made largely by David’s former girlfriend, Syd, by a version of herself that may no longer exist thanks to the show’s events. It’s reliably weird and wacky, but Legion delivers its weirdness in a bit more of an agreeable and digestible manner than it did during its previous season, albeit just barely. After all, Legion is still sometimes overly weird for weirdness’ own sake, and it still sometimes feels like it’s trying too hard to be openly subversive in its final batch of episodes. This is most notably observable in Legion’s final episode, which boldly denies X-Men/Marvel fans the exciting final battle against Amahl Farouk, the Shadow King that they would want, in favour of a more diplomatic and offbeat resolution that more or less gently sweeps away the majority of Legion’s battles. Some may see this as an exercise in pointlessness, particularly since the show’s final story turn amounts to changing time so that none of David’s suffering under the Shadow King’s influence, nor the influence of his shattered former family, ever actually occurs. That said however, Legion’s ambiguous ending not ultimately clarifying things one way or the other regarding who David becomes without Farouk’s influence feels quite fitting and appropriate.

Another slight gripe about the way that Legion ultimately chose to conclude itself however surrounds a handful of key personalities that end up getting the narrative shaft, simply being pushed away by the storytelling singularity always drawing viewers further and further into David’s unique mission. Despite being a leader in David’s cult, Lenny simply commits suicide just over halfway through the season, for example, and the show essentially shrugs this off. Likewise, characters like Ptonomy, now resurrected as an android, and Clark, who is thanklessly killed off during an attack on Division 3’s flying headquarters, don’t get any kind of real resolution, despite the very clear damage that David has done to them and their legacy. Hell, Division 3 itself is completely swept under the rug in the end, with its leadership and mission never being properly wrapped up at all, even if it’s moot to a degree, since David successfully changes the timeline for himself and everyone else in the end anyway, effectively erasing the events of Legion from all of their minds and histories. 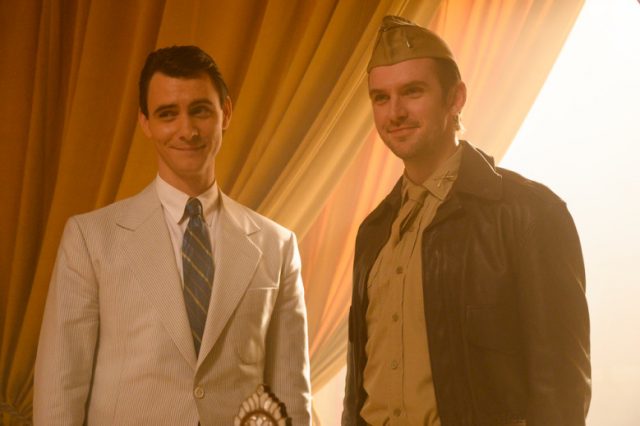 Like I said, to some, this will be a frustrating exercise in pointlessness, since it means that none of Legion’s events ever truly happen in the end. Likewise, David never truly embraces his full villainous potential from Marvel Comics lore, which is a solid change of pace for his character’s live-action portrayal, though this is another thing that may disappoint X-Men/Marvel fans, especially with how loosely the show ultimately portrays Charles Xavier in its final episodes. For what it’s worth though, Legion executed its own unique vision with relative success, and while the first season of the show still definitely remains the best of the three, the final season at least improves on some of the more noticeable flaws in the second season. By now, regular viewers of Legion will know what to expect in the final episodes. The show remains weird, unpredictable and yet strangely compelling to those with an open mind who are willing to try and interpret its strange, offbeat psychological symbolism. If nothing else, Legion is quite unlike anything to previously come from FX or Marvel Television, or the X-Men franchise in general, and even if not everyone is going to like the show’s proudly subversive conclusion, one can at least respect the fact that Legion always dared to boldly stand apart from the glut of comic book shows that have currently invaded the TV landscape.