Supergirl made the wise decision to move away from its CatCo arc, at least for the most part, in its latest episode. “Blurred Lines” instead delivers a slightly better selection of storylines that more heavily focus on alien threats, namely Malefic, and a surprising new foe that shows up after Kara finds an old interview subject dead under suspicious circumstances. At the same time, Nia helps J’onn discover more about his lost past with Malefic, while also continuing to try and suffer through the overblown advances of Brainy. Yes, that’s still going on. At least it finally stops towards the end of the episode though, even if Brainy predictably takes Nia’s protests over the excess of gifts and poems pretty hard.

Regardless, J’onn and Lena so far remain the MVP’s of Supergirl’s fifth season, and that remains true in, “Blurred Lines”, where they both see more morally ambiguous story developments. After Nia uses her powers to help J’onn go even deeper into his memories for example, J’onn is left to witness first-hand when his father wiped both his own and J’onn’s memories in a fit of anguish, purging all knowledge of Malefic from both of their minds. This nicely followed the revelation that Malefic was apparently cut off from the Martian hive mind from a young age as well, but also possessed the rare Martian ability to ‘incept’, or mind-control other people into doing his will. 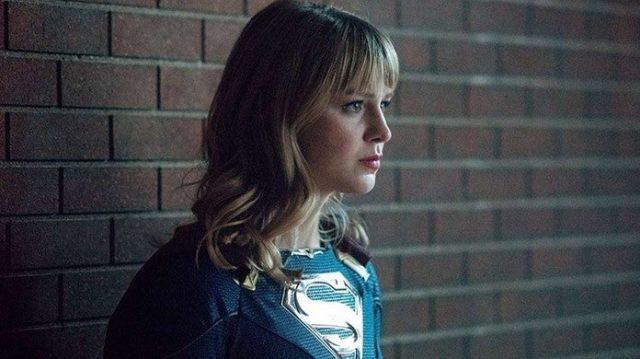 This effectively came into focus during a fairly decent subplot with Kelly. After Malefic uses some old photos to shapeshift into an old war veteran patient of Kelly’s, Pete Andrews (who, interestingly enough, is played by Sean Astin), ‘Pete’ begins demanding therapy sessions off-hours with Kelly. This is naturally so Malefic can use Kelly’s Q-Wave-driven technology to re-activate his inception powers, something that Kelly goes along with, failing to realize that she’s aiding Malefic in disguise. This builds nicely off of a hint early in the episode that Kelly is far too open and trusting with people, but the episode still doesn’t end up doing quite enough with it. Moreover, Malefic’s cover is a little too convincing in many of these scenes. He’s shapeshifting from a photo, not from the actual Pete Andrews, after all, so how the hell does Malefic know anything about Pete’s war history, or what things like the Iraq War even are?!

Regardless, this duo of Martian storylines takes more interesting turns from here, namely when Nia struggles to sleep at night, in response to keeping a vital part of J’onn’s wiped memories from him. After Brainy says that Nia should tell the truth, no matter how painful, Nia then goes back to see J’onn, to play out the rest of the memory. This presents an especially great twist, wherein we see that it was actually J’onn who wiped the memories of his father and himself, not Myr’nn, meaning that Myr’nn wasn’t the infidel who betrayed Martian culture, but instead it was J’onn the whole time! This presents a fantastic payoff for J’onn, who must once again confront his survivors’ guilt over fleeing Mars, and forsaking his own brother, which in turn also continues fleshing out a nicely tragic backstory for Malefic. I’m very glad to see that Supergirl is considerably improving the quality of its arch-villains at this point, since the show’s early seasons especially really had a problem with lacklustre big bads. 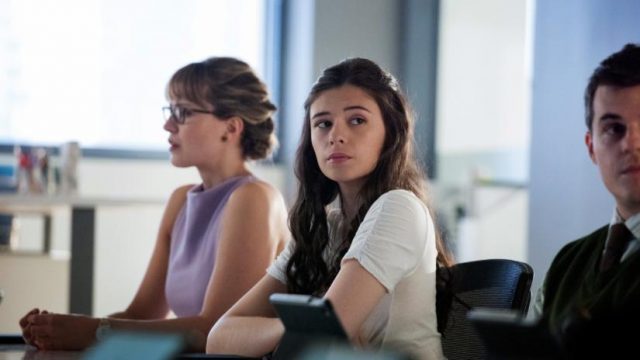 Speaking of lacklustre big bads though, the show once again had to forcibly involve Kara in proceedings, after yet another disposable villain-of-the-week shows up. Like Midnight before her, this villain doesn’t seem to exist in DC Comics lore either. Still, apparently a tattoo-like alien, who transmits between hosts using heavy metal-filled, spider-shaped ink (admittedly, kind of an interesting concept), has infected a military veteran, which is how Kara’s old scientist subject dies under mysterious circumstances in a nightclub. After CatCo then spikes the nightclub story (which is, mercifully, the only point where we have to suffer through more CatCo plotting in this episode), Kara goes to investigate herself, eventually corners the alien, and, after the alien is forcibly extracted by Alex, the host woman is later killed by a mysterious shadow. This seems to be a somewhat contrived way for Kara and her DEO buddies to learn about Leviathan, the shadowy organization that Eve was affiliated with, and who were teased as the new Supergirl baddies at the end of last season. Granted, they don’t know about Leviathan properly yet, but it’s interesting to see William also seemingly being in their pocket, despite viewers having to get to that revelation through another pointless and disposable alien thug.

Fortunately, like I said, Lena’s storyline is another winner, ultimately adding up to what’s probably the best episode of Supergirl’s fifth season so far. This is where we see Lena’s ruthlessness continuing to find new and exciting dimensions, as she realizes that she needs Lex’s journals in order to continue her research. Since Lex’s journals are locked away in a secure military base however, Lena needs to convince Kara to go and get them for her. This provides a pretty great conflict for both Kara and Lena, since Lena has to effectively exploit Kara’s desire for forgiveness in order to get what she wants, while Alex tries to insist that Kara shouldn’t break the law. Naturally though, Kara does end up getting the journals, and playing right into Lena’s hands. The journals containing information on Q-Waves is exciting enough, but Kara no doubt facing the consequences of helping her supposed best friend in the near future is a very tantalizing prospect, especially as Lena seems to keep stepping up her manipulations at a steady clip. 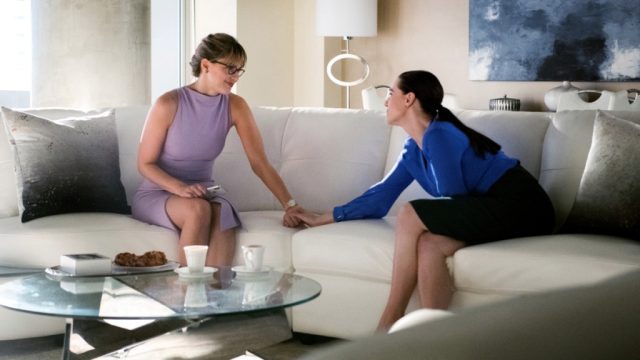 Not every element of the narrative was airtight, but, “Blurred Lines” finally got Supergirl’s storytelling a little more on track, and definitely more interesting than what Season Five had previously delivered. The material with J’onn, Lena and Malefic all made for great story arcs, even if the latest villain-of-the-week is once again a criminally wasted threat. Likewise, Malefic somehow perfectly emulating Pete from a photo feels pretty damn unlikely, even if the turn of Kelly having to be driven far away to avoid Malefic’s wrath is a pretty decent one. I’m not sure why the new mental link between Kelly and Malefic doesn’t allow Malefic to track Kelly’s location, especially since J’onn has clearly displayed an ability to use psychic links in this manner, but whatever. At least the characters are starting to get some better storylines, especially now that the show has moved away from juvenile CatCo squabbling and relationship drama, something that I hope remains the case while the new villains keep getting promising new development.