Abby may be returning home to Atlanta, but events in Marais are far from resolved. “Long Walk Home” thus presents another superb episode for Swamp Thing, one that follows well from the superb episode that the series delivered beforehand. This is due largely to a surprising new mystery brewing back in Atlanta with Abby and Harlan, while a critically injured Avery must wander the swamp in Marais, facing his former demons. As with the previous episode, it’s the human element of Swamp Thing that surprisingly stands out the most in this case, even as Alec’s monstrous alter-ego once again becomes a coveted prize by the forces who aim to capture and exploit him.

Even being so far removed from Marais at this point, Abby predictably brushes against another obstacle at the CDC, that being the new assistant director, Dr. Palomar, who, in an interesting nod to Swamp Thing’s live-action past, is played by Adrienne Barbeau, the female lead of 1982’s live-action Swamp Thing movie by Wes Craven. Barbeau stonewalls Abby as much as possible, constantly questioning her suspicious amount of time in the swamps of Marais, but ultimately takes Abby’s sample for study, while Abby takes a chance to reconnect with Harlan. Oh yeah, Harlan’s still kicking around, if you forgot. 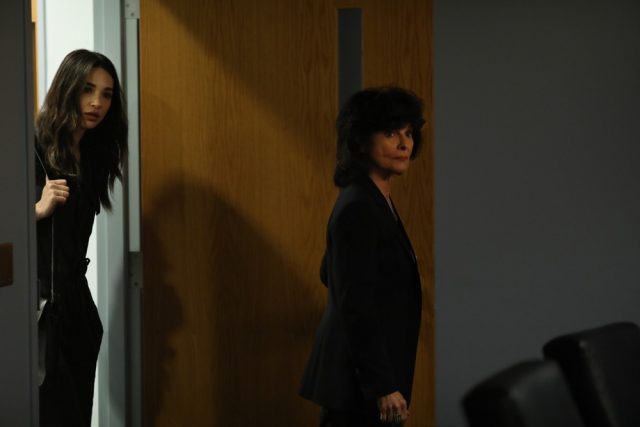 The reason why this Abby storyline was so strong is because it did a great job of examining how Abby’s obsession with helping Alec has affected those in her professional life. Abby having to confront her neglect of her job, and of Harlan, made for a lot of standout drama, especially when it feels like Abby’s attempts to cure Alec didn’t ultimately make a difference. Moreover, the surprising reveal that the CDC appears to be in the pocket of the Conclave Group was even better, with the Conclave trying to convince Abby to motivate Alec to turn himself over to science, something that Abby predictably refuses. Harlan ends up being kidnapped by a mysterious party right outside of Abby’s apartment though, so Abby’s refusal is bound to have consequences, despite Abby rushing back to Marais, and ultimately failing to prevent Alec from being captured anyway.

As great as the material with Abby was, and in particular the surprising new reach of the Conclave Group, Avery also headlined a great storyline here, injecting back some of the spookiness that has frequently made this new Swamp Thing series so awesome. After wandering around the swamp for a while, Avery begins hallucinating about those he’s hurt, and those who have hurt him. This includes Lucilia, as well as Avery’s own father, which in turn finally reveals exactly how the swamp, “Took him”, something that has constantly been hinted at, but never actually shown. It turns out that this is quite literal as well, with Avery’s father chopping at what appears to be some kind of sacred tree, despite Avery’s protests, which results in the father being dragged away and burned alive in the nearby campfire! That’s certainly a terrifying end for a boy’s father (even if he may have gotten what was coming to him), and one could see how this might twist Avery into a sociopath with no regard for the well-being of the swamp, or nature in general. 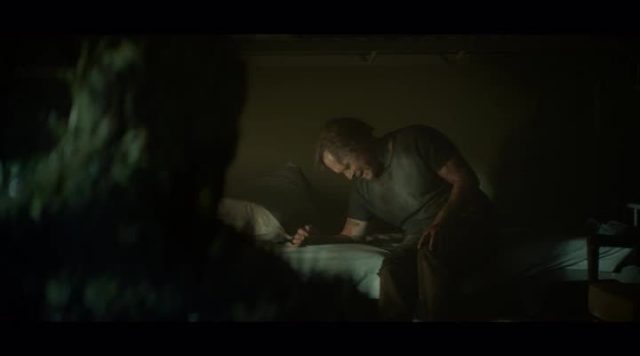 Despite the swamp seeming to be all too eager to allow Avery to die though, Swamp Thing nonetheless appears, and helps restore Avery to health. This presents a great opportunity for Avery to confront Swamp Thing, realize that he is indeed Alec, and face his former actions against the swamp, and the man he murdered. Obviously, getting through to Avery proves futile though, and Swamp Thing ultimately summons a boat so that Avery can leave the swamp, despite Swamp Thing also promising that he will now protect the swamps of Marais from people like Avery. This leads into a slip from Dr. Woodrue, after Avery returns to the town, confirming that Maria was behind Avery’s failed assassination soon afterward. This hints at an awesome duel between Avery and his wife that may not happen now, seeing as Swamp Thing’s forcibly truncated run now only has two episodes left in it. Still, Swamp Thing’s dramatic capture nonetheless presents great promise for the following episode, with Abby arriving mere moments too late to prevent Swamp Thing from being taken by the Conclave Group, no doubt to be experimented on by Woodrue.

The only slightly disappointing story element to this episode involves the Cable family, who only get a brief, under-utilized look at Matt gradually losing his composure around the precinct, and Lucilia trying to keep him in line. A bit more focus on the fallout from these two believing they’ve successfully killed Avery would have been nice, but fortunately, there’s no shortage of other compelling story arcs to hold viewers’ attention. “Long Walk Home” continues to have Swamp Thing’s human-driven storytelling soaring, and that’s likely a good thing, considering that the series has almost reached its undeserved end. The show seems to be benefiting from reducing its scale and focusing in on its best human personalities, so we’ll see if that continues to serve Swamp Thing well, as it approaches its climax.