The Flash seemed to be on an upswing after its previous episode in particular, but the show really managed to soar again with Season Six’s fourth episode! “There Will Be Blood” presents another excellent turn for Ramsey as a budding arch-villain, while Team Flash continued to be beautifully hit by more Crisis on Infinite Earths foreshadowing, namely how they’ll eventually have to carry on when Barry must sacrifice his life for the good of the Multiverse. This still feels like a fake-out, especially since it seems like Arrow’s titular hero, Oliver Queen will be the one actually making the sacrifice in the end, but The Flash excellently brought the drama this week nonetheless, with all of the actors really bringing it in terms of hammering home the sheer emotion behind the idea of Team Flash losing their flagship superhero forever.

This particularly comes into focus with a heart-to-heart between Barry and Cisco, wherein Barry tells Cisco that he wants Cisco to take over his position as the lead hero of Team Flash. That’s a bit odd, considering that Cisco gave up his metahuman powers at the end of last season, not to mention that Iris has usually been the one quarterbacking for Team Flash lately, but whatever. In any case, Cisco refuses to allow Barry to die, despite Barry’s pleas that Cisco can apply his resources to saving someone who actually can be saved; Ramsey Rosso. Obviously, this isn’t meant to be either, since Ramsey is well on his way to becoming this season’s big bad, Bloodwork, but for the moment, Barry trying to urge Cisco to make tough calls and save other lives as preparation for being a leader hits with a lot of emotional power. 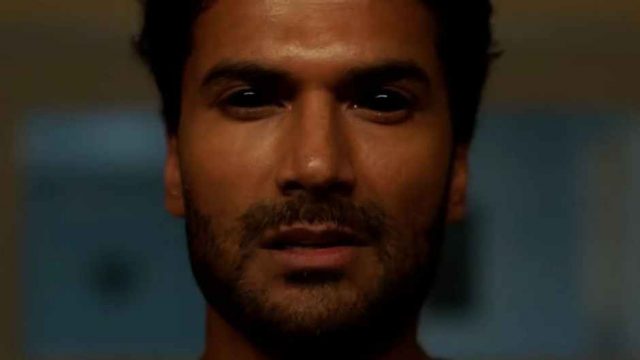 This storyline only gets better once Nash Wells returns to S.T.A.R. Labs as well, seeking Barry’s and Cisco’s help with a certain mini-circuit, in exchange for helping them break into McCulloch Technologies. This is so Barry and Cisco can swipe a revolutionary cell-regenerating serum, synthesized from remains left by the Dominators during the Invasion! crossover event from three yeas ago, which could potentially cure Ramsey’s HLH. After some fun shenanigans here, Cisco ends up pretending that the serum is gone as well, and is thus forced to build Nash’s circuit anyway. Once Barry discovers that Cisco lied about the serum’s presence though, a rift forms between the two men, as Barry begins to wonder whether he chose the right person to succeed him. This was a wonderful, emotionally-charged clash with no right answer, since Cisco can hardly be blamed for refusing to give up on his friend, while Barry also can’t be blamed for thinking of the Multiverse over himself. It’s the kind of rich character conflict that The Flash has been positively starved for over its past two seasons especially, and I’m happy to see this kind of writing return to the show again.

Barry does try to swipe the serum for himself and take it to Ramsey as well, who makes another cure out of it, only to determine that it’s another failure, because his HLH cells are too far gone. This is when Ramsey realizes that the necessary bonding agent for his sustained cure is fear, and that Ramsey needs to hunt and kill people in order to stay alive. This feels like a bit of a leap, since synthesizing adrenaline shouldn’t be that hard to do, least of all in the Arrowverse, but regardless, it does lead to another fantastically tragic villain rampage for Ramsey, who goes on to attack and kill innocents at a local hospital. Barry and Frost arrive too late to save the victims, who end up becoming blood zombies, only to melt away when Ramsey gets too far away from them. Not only did Barry really bet on the wrong horse here, but Ramsey’s ever-degrading moral compass really took a sharp dive off a cliff at this point. Ramsey chose being a monster over being dead, cementing himself as a worthy arch-villain to Barry, one that also nicely complements Barry making the hard choice to sacrifice himself, rather than lead to any losses among his allies during the coming Crisis. 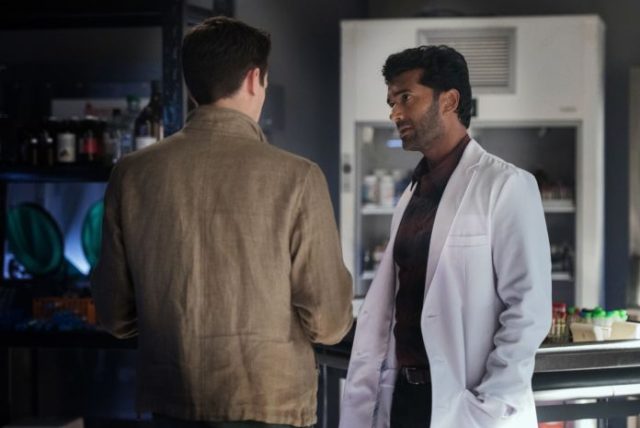 The busy and emotional core storyline was also complemented by an equally strong subplot in this episode, as Iris meets with Ralph to pass off intel related to the missing Sue Dearbon. Apparently, Sue has been spotted in Midway City, and Iris believes that she has an important lead for the case that’s really vexing Ralph, but Ralph surprisingly dismisses her, and refuses to continue pursuing the case. This is an especially interesting subplot for DC fans, who know that Ralph eventually goes on to marry Sue in DC Comics lore, something that’s also hinted at rather bluntly when Ralph tells Iris that it’s just a Missing Persons case, and he’s not looking to get married. Still, Ralph grieving in his own way at the seemingly inevitable loss of Barry, and facing his own existential crisis as a P.I., was done very well here. Events with Ramsey eventually help to get Ralph motivated to find Sue again as well, providing a welcome dose of hope in a dark time, at least for Ralph’s character.

This episode even ends with a very poignant and tearful discussion between Barry and Joe, after Joe confesses that he’s heartbroken at the inevitability of Barry having to die for the good of the Multiverse. Sure, some viewers will likely be more interested in Nash using the circuit that Cisco built to track the movements of the Monitor, to some unknown end, but regardless, this drama-filled episode pretty much fired on all cylinders. “There Will Be Blood” finally brings The Flash back fully to the top of its game, delivering us another great turn by a very compelling arch-villain, while also delivering more well-executed and dramatic teases for the upcoming Crisis on Infinite Earths crossover event. It feels like the show has some real, hard-hitting emotional stakes again, and that’s fantastic, since the storytelling on this series has been so underwhelming for the past two years in particular. It seems that we’re coming up to the point where we can fully trust The Flash to start delivering standout storylines again, and the one-two punch of the Crisis and the rise of Bloodwork is sure to keep me hooked with ease for the rest of 2019 at least!

The Flash 6.4: "There Will Be Blood" Review
The Flash soars again with a truly superb episode in, "There Will Be Blood", which completes Ramsey's transformation into the monstrous Bloodwork, and leaves Team Flash continuing to struggle with Barry's apparent demise.
THE GOOD STUFF
THE NOT-SO-GOOD STUFF
2019-11-16
93%Overall Score
Reader Rating: (0 Votes)
0%