Batwoman finally gives us a deep dive into the twisted origin of arch-villain, Alice in its fifth episode, detailing a fairly interesting origin story that’s sadly buried under more contrived, annoying plotting. “Mine is a Long and a Sad Tale” at least succeeds whenever Alice is the focus, presenting an initially interesting dynamic wherein Kate rescues her deranged sister, and ends up being regaled by the story of just how Alice avoided detection for so many years. At the same time, Catherine is also forced to confess her involvement in covering up Beth’s supposed death to Mary, who decides to respond to the situation by going to annoy Luke at Wayne Tower, because Mary is still the worst.

Sophie and Jacob also get tipped off to a call made by Kate, giving them the ability to trace Kate and Alice, as Alice begins directing Kate to different destinations. Kate goes along with this, despite the fact that Alice is clearly untrustworthy, though Kate does at least have the sense to handcuff her sister, before she’s eventually taken to a diner outside of Gotham City limits. Surprisingly though, despite Kate having Alice seemingly cornered, Alice still manages to slip away, brilliantly taking advantage of Kate’s obsession with getting answers. This results in a goon spiking Kate’s drink while posing as wait staff, before Alice prepares the Wonderland Gang to engage a pursuing Sophie and Jacob. 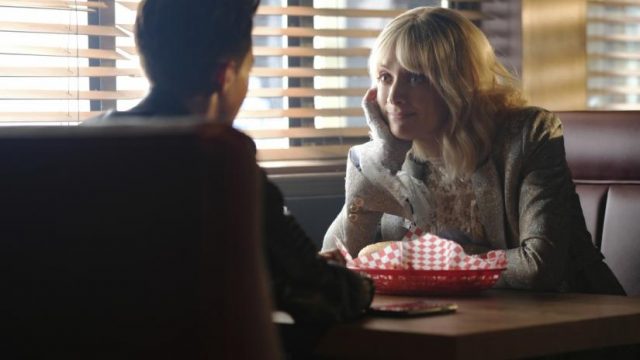 Like I said, the backstory of Alice is pretty chilling too, if also excessively unbelievable at times. It would be interesting if Alice lied about or embellished certain details from her origin as well, but the show appears to play this storyline as if Alice is telling the whole truth, which is a bit of a missed opportunity, but oh well. Even if this is true however, the story of Beth being recovered by a rural father shortly after her accident, only to be forcibly confined because the father wants a friend for his deformed son, starts out pretty twisted and interesting. Beth even manages to temporarily get word out to Kate and Jacob as well, who show up at the farmhouse, only for the son to reveal that he can imitate any voice, and supposedly pretended to be Beth on the phone. This is a hell of a contrived ability, especially since Beth not using her brief phone window to call 911 feels like a small stretch (though, granted, she was a child at the time), but regardless, the fact that Jacob and Kate came that close to Beth, before Catherine faked Beth’s death, is pretty nicely dramatic.

Speaking of Catherine and the cover-up, it’s touched upon with an initially interesting idea here, after Catherine confesses what she did to Mary. Mary having to face the brunt of the corruption in Gotham City’s DNA and medical analysis infrastructure could have been very interesting, especially on account of how this would inevitably affect Mary’s relationship with her mother. Instead though, this storyline results in a drunk Mary forcing her way into Wayne Tower, and even getting escorted to Luke by security (security really doesn’t work this way, least of all in places like Wayne Tower!), while Luke inexplicably allows Mary to annoy him well into the night. This accomplishes nothing beyond the intoxicated Mary getting on Luke’s nerves, and revealing that there was a cover-up at Arkham Asylum, which masked the getaway of Mouse, Alice’s deformed, “Brother” from her confinement. It’s completely illogical that Luke would endure Mary’s babbling and wouldn’t just call security on her again, especially when, like Luke says, Kate is clearly gone, and Mary is doing nothing but bitching and moaning about being the, “Good sister”, like a vapid child. God, Mary is the worst on this show! 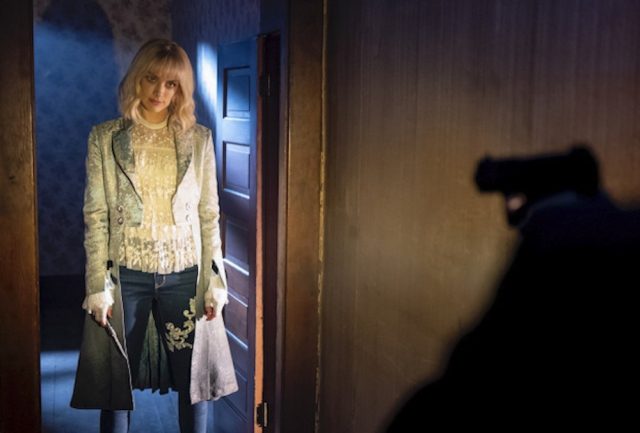 Also a bit head-scratching is the fact that Sophie and Jacob refuse to bring a team of Crows with them when they pursue Kate and Alice. Sure, Jacob doesn’t want another standoff like in the park, but neither Jacob nor Sophie are aware that Alice has a plot. Last they were updated, Kate had Alice in custody and was completely in control, so the fact that Jacob wouldn’t bring anyone with him, especially since Alice very well could have a plot, and could have the Wonderland Gang waiting at her disposal (which she does, on both counts), is very contrived and very stupid. It also creates a transparent way to prolong the episode, so that Alice can imprison Kate where she was formerly confined as a child, and the show can put together the rest of the pieces regarding Mouse and his identity.

Again, to be fair, the twist of Mouse’s identity goes a little deeper than him simply being Alice’s spiritual brother as well. It also turns out that Mouse (who, it turns out, has nothing to do with the Mouse character from DC Comics lore in this case), is Jonathan Cartwright, one of the inmates that escaped Arkham Asylum successfully during the recent breakout that’s mentioned by Mary and Luke in their subplot. This is cool, since it officially confirms that the events of last year’s Arrowverse crossover event, Elseworlds have now occurred in Batwoman’s canon, with the aforementioned Arkham breakout being the one from that crossover, officially catching Batwoman up with the timeline of the other ongoing Arrowverse shows. This is cool for Arrowverse enthusiasts, since it means that Batwoman can now more directly interact with the other Arrowverse shows, leaving it primed and ready for this December’s and January’s Crisis on Infinite Earths crossover event. It’s just too bad that Batwoman’s writing is still trailing most of the Arrowverse’s other programs though. 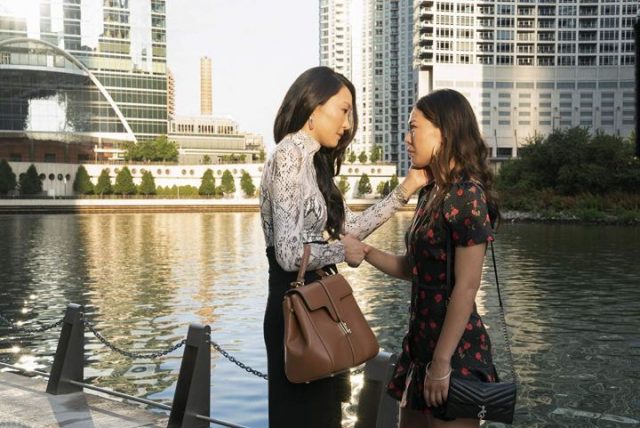 That’s the biggest frustration with, “Mine is a Long and a Sad Tale”; It starts out with some interesting ideas, but their execution is still too frequently hamstrung by Batwoman’s lacklustre storytelling. At least the dialogue on the show improved here though, outside of Mary’s immature drunken rants to Luke, but I expect that nuisance at this point, because Mary is the worst. On the bright side, the chilling and disturbing reveal behind how Beth Kane was twisted into Alice generally worked well, plus it’s great to see that the events of Batwoman have now caught up to the present timeline of shows like Arrow and The Flash, and I suppose Supergirl as well, even though it takes place on a different Earth. Despite the cool links to Elseworlds that served alongside Alice’s cool origin story though, too much of Batwoman is still being routinely dragged down by its sub-par writing. At least Alice now has an equally promising partner-in-crime though, so hopefully that can give Kate something more interesting to do, now that Alice’s backstory is out of the way.